Your 10 best bets for October. 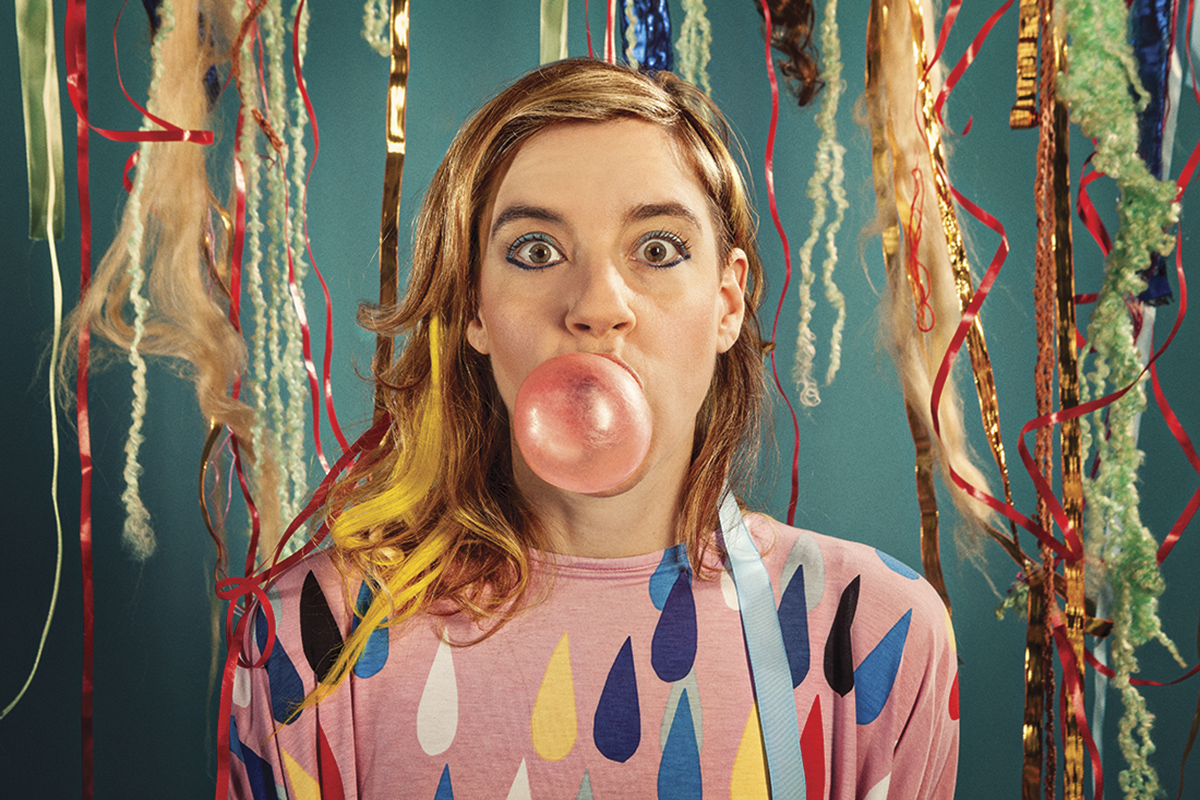 Just as the right eye can turn thrift-shop wares into cutting-edge fashion, Merrill Garbus, performing as the indie act tUnE-yArDs, compiles musical forms from discarded sounds. Her newest album, “Nikki Nack,” also is her most cohesive, but that adjective fails to fully connote the wildness of the music, which finds inspiration all over the world and back in time without seeming touristy or nostalgic. Garbus brings her band and joyously expansive vision to Mr. Small’s Theatre.

As a child, John Lege nursed injured birds back to health, with the sort of compassionate obsession common to future practitioners of a craft. But it wasn’t until about a decade ago, when he retired from a career in the auto industry, that the Armstrong County resident became “That Guy with the Birds.” Now, Lege and his flock give entertaining and informative avian presentations to audiences of all ages. They’ll be landing next at the Pittsburgh Family Pet Show at the Monroeville Convention Center.

Because Andy Warhol both observed and became part of pop culture, every homage to him also reveals the state of art at the moment. With Exposed: Songs for Unseen Warhol Films, the tributes and statements are interwoven. Musicians Tom Verlaine, Martin Rev, Dean Wareham, Eleanor Friedberger and Bradford Cox will perform newly commissioned scores to digitally restored Warhol short films from The Factory’s 1960s heyday. The show makes its debut at the Carnegie Music Hall before embarking on a national tour.

Regional interest in food hardly is limited to the city limits. Since 1993, the annual Chef Tasting Party and Auction has brought together western Pennsylvania restaurateurs for a night at The Mansion. Over 21 years, the event has raised nearly $400,000 for Community Care Connections, Inc., which serves infants, children and adults with disabilities. This year’s event features treats from more than 30 chefs, bakers, brewers and vintners, including Dolce Mia Bakery and ShuBrew.

Counterintuitively, color is the least important part of Blue! at the Carnegie Science Center. The hundreds of lightweight, molded foam blocks in the interactive exhibit all are the same shade as Cookie Monster. The uniformity merely is a way to make the variety of shapes equal. Without color choices, children (and adults) shift their attention to the constructive possibilities of the multifaceted materials. As they build, kids discover the basics of engineering and architecture.

Singer Judy Collins made her name in the 1960s by tackling the vast American songbook with a consistent vulnerability and gusto. Her career since has been more far-reaching but just as sincere. In addition to 40 original albums, she has written seven books, including a murder mystery and a memoir about suicide. She also recently appeared on HBO’s program “Girls,” lambasting main character Hannah from the stage. Polite in person, she’s unlikely to make such a display at her gig at the Carnegie of Homestead Music Hall.

If the approximately 29.1 million Americans with diabetes shared a state, it would have a population larger than that of Texas. The prevalence of the disease means that it touches almost everyone, directly or indirectly. The American Diabetes Association’s Step Out: Walk to Stop Diabetes raises money for advocacy and research, but it also celebrates those living with the disease. This year’s goal is to bring together nearly 1,800 walkers from about 130 local teams aiming to raise at least $300,000 for the cause.

Pittsburgh Savoyards is a semi-professional theater troupe dedicated to the works of Gilbert and Sullivan (and likeminded composers). The group kicks off the 77th season with a production of the British duo’s first full comic opera: The Sorcerer. Often overshadowed by later masterpieces, the play uses an indiscriminately sprayed love potion to send up Victorian manners and class distinctions. Music director Guy Russo and stage director Sally Denmead steer the current production.

The Head of the Ohio Regatta literally reversed course three years ago. With the rejuvenated North Shore becoming too popular to serve as a finish line, the much-loved rowing competition flipped its starting and finish lines. Now, teams race a nearly 3-mile trip upstream, from Point State Park to Washington’s Landing. By sticking to familiar waters, the updated course maintains its uniquely Pittsburgh hallmark: the ability to watch from one of the seven road bridges strung across the Allegheny River between those two points.

The University of Pittsburgh, Greensburg has produced more than 8,000 alumni since the branch campus began its life 51 years ago. The annual Blue & Gold Weekend is the best opportunity for those grads to reconnect and for current students to launch another school year. The three-day homecoming includes golf, a 5K run/fun walk and a car cruise outside Smith Hall, as well as an NCAA D-III baseball game, two alumni versus students games and several casual get-togethers.

This article appears in the October 2014 issue of Pittsburgh Magazine.
Categories: Things To Do