Your 10 best bets in Pittsburgh this September. 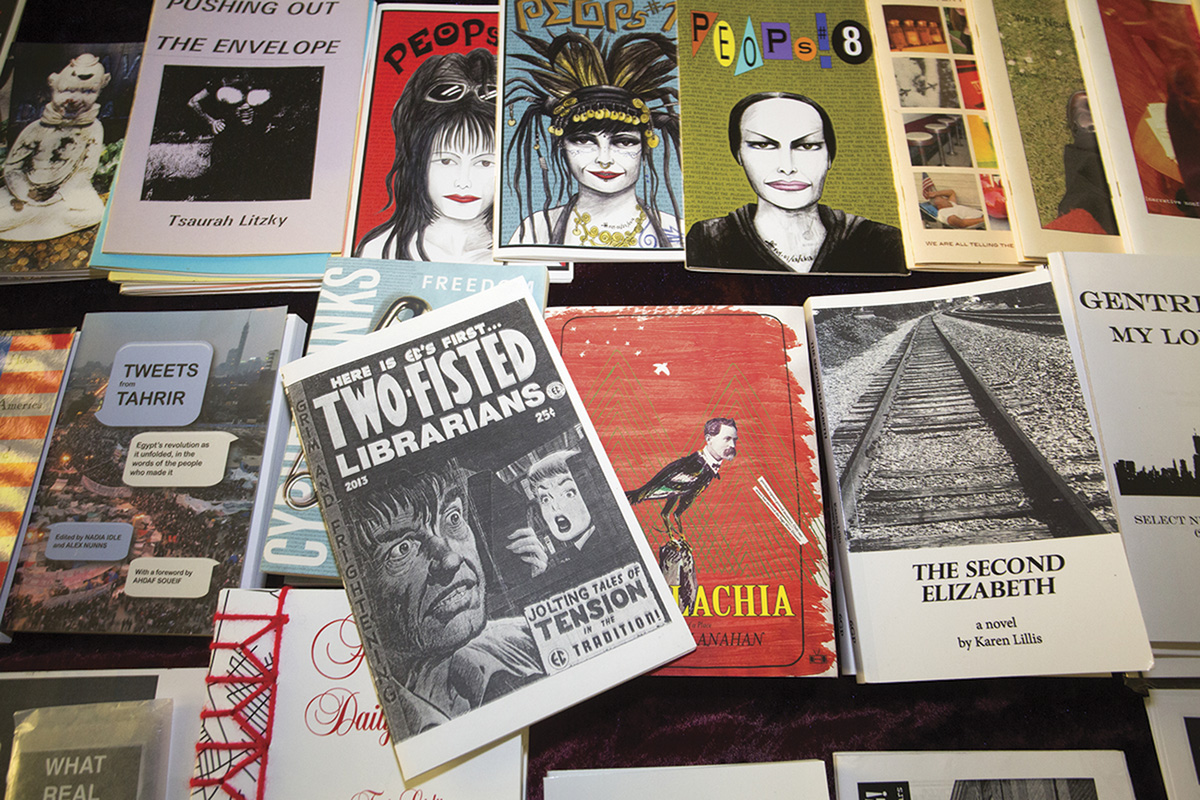 Sept. 28
Zines are self-published journals and comics, usually handmade and produced on the cheap. Those conditions promote oddness, intimacy and community, and they have made zines an antidote to the conventions of commercial publishing and the incivility of online life. The fourth annual Pittsburgh Zine Fair at The Union Project is a free one-day gathering of the best zinemakers in Pittsburgh, as well as friends from nearby. The event includes workshops, discussions, readings and raffles.
801 N. Negley Ave., Highland Park; pghzinefair.com

Sept. 20
Lisa Lampanelli fittingly owns the domain insultcomic.com. After a decade of blistering appearances on Comedy Central roasts, she has earned the nickname “The Queen of Mean.” Although her publicists like to add the adjective “loveable,” sensitive audiences should be forewarned: Lampanelli’s act gleefully shocks with a barrage of politically incorrect jabs. Having recently dropped more than 100 pounds, Lampanelli is in fighting form as she brings her Leaner Meaner tour to the Carnegie Library Music Hall of Homestead.
510 E. 10th Ave., Munhall; 412/368-5225, librarymusichall.com

Sept. 19-21
At the Steel City Tattoo Convention, more than 200 tattoo artists from around the world will fill the David L. Lawrence Convention Center. The event gives enthusiasts a chance to get inked by artists they otherwise might not have met, and it gives artists a chance to spread their wings with contests such as “Best Sleeve,” “Best Lettering” and the resourceful “Best Coverup.”
1000 Ft. Duquesne Blvd., downtown; 856/258-4953, shaneoneillproductions.com

Sept. 12-14
In our age of trendy environmentalism and corporate greenwashing, one could be excused for feeling that sustainability has lost its hippy credentials. Not at The Mother Earth News Fair, though. The weekend event at Seven Springs is as crunchy as a bowl of granola. Brought to you by the 40-year-old “original guide to living wisely,” the fair offers workshops on animal husbandry, solar panels and modern homesteading. It also brings together exhibitors selling food, books, tools and clothing.
777 Waterwheel Drive, Seven Springs; 800/234-3368, motherearthnewsfair.com

Sept. 4-20
A century after the start of World War I, we’re still puzzled by the divisions that caused the war and the divisions it created. Those same questions fill Observe the Sons of Ulster Marching Towards the Somme, in which a group of Catholic and Protestant boys from Northern Ireland prepare for war. PICT Classic Theatre is hosting the Pittsburgh premiere of Frank McGuiness’ 1985 play at the Charity Randall Theatre.
4301 Forbes Ave., Oakland; 412/561-6000, picttheatre.org

Sept. 20
A tribute to the frustrations of first-generation Americans, My Mother’s Italian, My Father’s Jewish and I’m in Therapy also is a throwback to an older style of comedy. It’s a one-man show of oddball characters, ethnic accents, sound effects and not-too-naughty innuendo. Basing it on his childhood in Sheepshead Bay, Brooklyn, comedian Steve Solomon wrote the show after leaving a career in public education. Throughout the past decade, its sentiment and familiarity have made it a staple in American playhouses.
The Palace Theatre, 21 W. Otterman St., Greensburg; 724/836-8000, thepalacetheatre.org

Sept. 12
While many contemporaries are riding the nostalgia circuit, the Dave Matthews Band retains a strong following two decades after its 1994 debut “Under the Table and Dreaming.” Proof? The act’s sold-out show at the First Niagara Pavilion this past June, which featured three-plus hours of deep cuts. The band is popular enough locally to have spurred the creation of One Sweet Burgh, a DMB tribute group that is celebrating the 20th anniversary of “Under the Table and Dreaming.”
Mr. Small’s Theatre, 400 Lincoln Ave, Millvale; 412/821-4447, mrsmalls.com

Sept. 5-7
Billed as the “Halfway to St. Patrick’s Day Festival,” the Pittsburgh Irish Festival is more like a counterbalancing force, a chaser of Irish culture in September to wash down the green beer of March. The three-day festival at the Riverplex at Sandcastle, now in its 24th year, is loaded with traditional music, food, drink, dancing and history. The event also serves as the centerpiece of the organization’s yearlong efforts to promote Irish culture in the region.
1000 Sandcastle Drive, West Homestead; 412/422-1113, pghirishfest.org

Sept. 3-7
The city and the country seem worlds apart at times, but they’re symbiotic. City-made machines allow country farmers to produce food for city dwellers. The Farmers’ and Threshermen’s Jubilee celebrates that bond. Now in its 62nd year, the Somerset County event showcases antique agricultural machines such as tractors, power saws and a steam-powered cider mill. It includes such county-fair staples as an apple pie contest and a quilt show. The five-day event benefits the New Centerville and Rural Volunteer Fire Co.
3054 Kingwood Road, Rockwood; 814/926-3142, ncrvfc.com

Sept. 13
The occasional sight of Amish families in Pittsburgh is a reminder of our proximity to Pennsylvania Dutch country. The Amish Experience Tour offers a chance to patronize New Wilmington and Volant, two Lawrence County hubs of the Old Amish Order in western Pennsylvania. The daylong tour leaves from Station Square and includes lunch, shopping, a day in the country and an opportunity to learn more about a unique aspect of regional culture.
125 W. Station Square Drive, Station Square; 412/323-4709, pghtoursandmore.net

This article appears in the September 2014 issue of Pittsburgh Magazine.
Categories: Things To Do