The 10 best things to do in Pittsburgh in November. 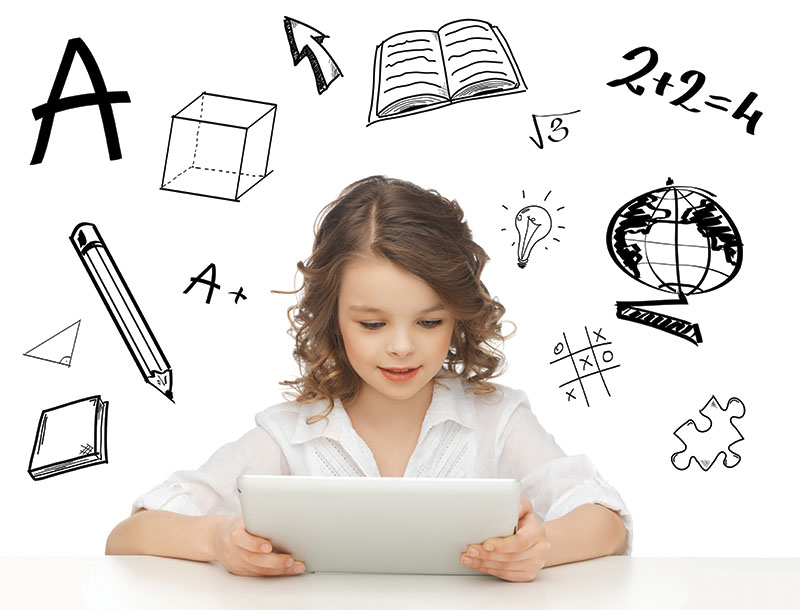 The Future is Hers

Nov. 5
The new Pittsburgh, much like the old Pittsburgh, is exporting world-changing technology. Take Schell Games. The South Side developer works with Sony, News Corp. and the Dallas Mavericks, and it is studying how games can improve classroom education. For tween and teen girls interested in shaping the future through gaming, Schell Games is hosting the Carnegie Science Center’s CanTEEN Career Exploration program. Through its Tour Your Future events, CanTEEN helps girls explore careers by introducing them to successful women in scientific and technical fields. When girls see these women at work, they have a better chance of understanding their elders and following in their footsteps down the road. While space for each tour is limited, CanTEEN makes frequent stops at workplaces all over town.

Oct. 30-Nov. 24
With a major renovation underway at its longtime digs, the Westmoreland Museum of American Art is camping out at a former furniture store on Route 30 between Greensburg and Latrobe. The Westmoreland @rt 30 location is large enough for the museum’s permanent collection, but it’s also casual enough for monthly pop-up exhibits featuring local artists. This month’s guest is artist Wade Kramm, who studies spatial research and focuses on how it pertains to his art. Imagine a pile of popcorn where each piece is a plaster model of the same kernel. Kramm, who holds an M.F.A. from the Rhode Island School of Design, has exhibited locally at Fe and Panza galleries and internationally at Tapir Gallery in Berlin, Germany. The month-long show includes a grand opening Nov. 8 and a salon Nov. 14.

Nov. 30
The yearly City Game between the University of Pittsburgh Panthers and Duquesne Dukes men’s squads was once a fight. With Pitt winning the last 12 outings, the annual affair now is a matter of tradition. That might make it more fun for the casual basketball fan (if such an individual exists in Pittsburgh). The Nov. 30 match-up at Consol Energy Center will be the 82nd between the cross-town rivals since 1932; however, it will be the first since the Panthers joined the prestigious Atlantic Coast Conference. 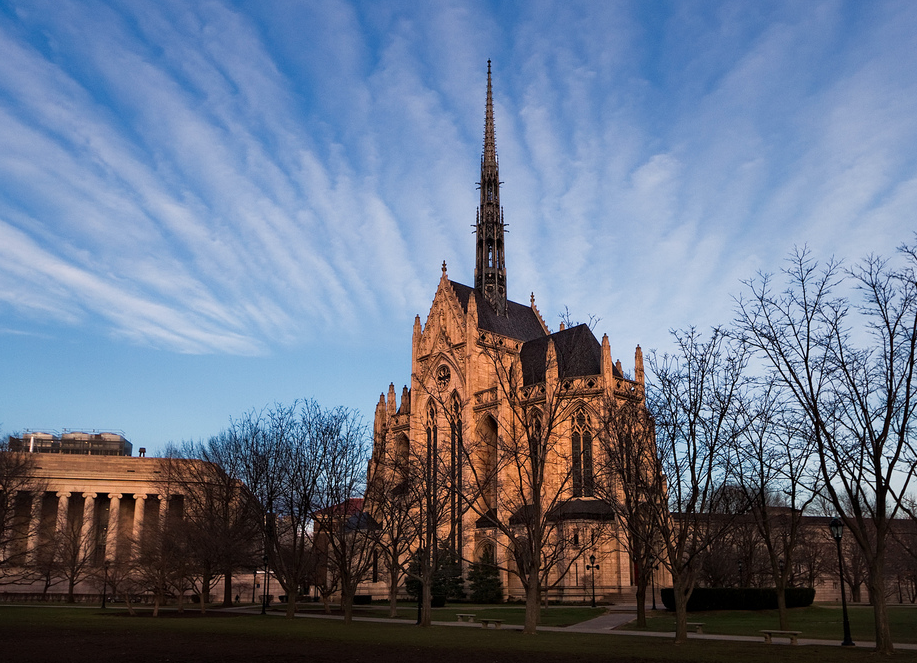 Nov. 23
The grand yet intimate Heinz Memorial Chapel is among the city’s most-used wedding destinations. The popularity of the chapel, which hosts five weddings each Saturday in the summer, often requires tight scheduling and leaves little time for brides and grooms to enjoy the flying buttresses and stained glass of the neo-Gothic wonder. The University of Pittsburgh dedicated the gift from the Heinz family in November 1938. This month, the chapel celebrates its 75th anniversary with a mass vow renewal open to any couple — not just those married at the chapel. The daylong event provides time for pairs to photograph the building and culminates with a buffet dinner and concert.

Nov. 3
The vibrant, contorted pose Cyndi Lauper struck on the cover of her 1983 debut She’s So Unusual led many to peg her as a Madonna-like boundary-pusher. That comparison missed Lauper’s traditional side — the Queens girl learned how to sing from listening to her mother’s Broadway LPs. Imagine ’80s classics “Girls Just Wanna Have Fun” and “Time After Time” played on a piano instead of a synthesizer, and the tunes fit comfortably in the Great American Songbook. That’s probably why Harvey Fierstein asked Lauper to write the songs for his stage version of the film Kinky Boots. Fresh off a Tony win for her work on the musical, Lauper is dusting off the now-classic She’s So Unusual for a 30th-anniversary tour, including a stop at the Palace Theatre. 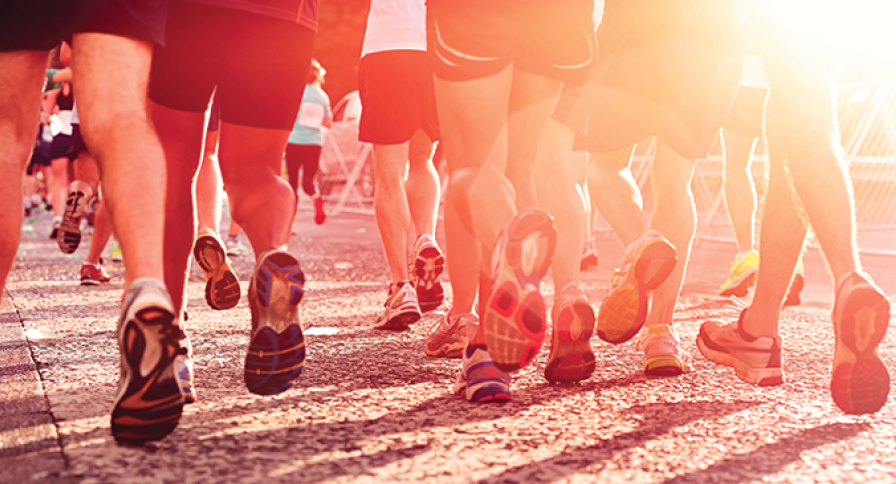 Nov. 3
A 10-mile race is for all runners. It’s an endurance challenge for beginners and a speed challenge for elites. The inaugural EQT Pittsburgh 10 Miler rounds out the running revival jump-started by the Dicks Sporting Goods Pittsburgh Marathon’s 2009 return. Four thousand runners are expected to tackle the 10 Miler’s fairly flat course, which starts in Station Square, ducks into the West End, tours the North Side and chugs through the Strip District before heading into town. The race might even leave out-of-town participants with enough breath to tour our city afterward.

Nov. 6-10
What does it take to claim the title “The Greatest Show on Earth” in an age when the weirdest sights imaginable can be dialed up instantly? “Ringling Bros. and Barnum & Bailey: Dragons” is a battle royale among “dragon tribes from the far reaches of the Earth.” Along the way, the show at Consol Energy Center will feature stunts so ridiculous they must be described bluntly to show their full effect: a guy diving through a hoop of knives, a tiger balancing on a disco ball, a Paraguayan family riding high-speed motorcycles inside a globe of steel — and lots of balancing, swinging and bouncing.

Rock Around the Clock

Nov. 8-10, 15
The Pittsburgh 48-Hour Music Video Project tests two tenets of creativity: constraint and collaboration. On a Friday evening, pairs of musicians and filmmakers are given a photograph and two distinctive but unobtrusive “elements.” On Sunday night, the teams return to show off music videos that were inspired by the photograph and incorporate the elements. Finished works will be screened for the public Nov. 15 at Most Wanted Fine Art Gallery. 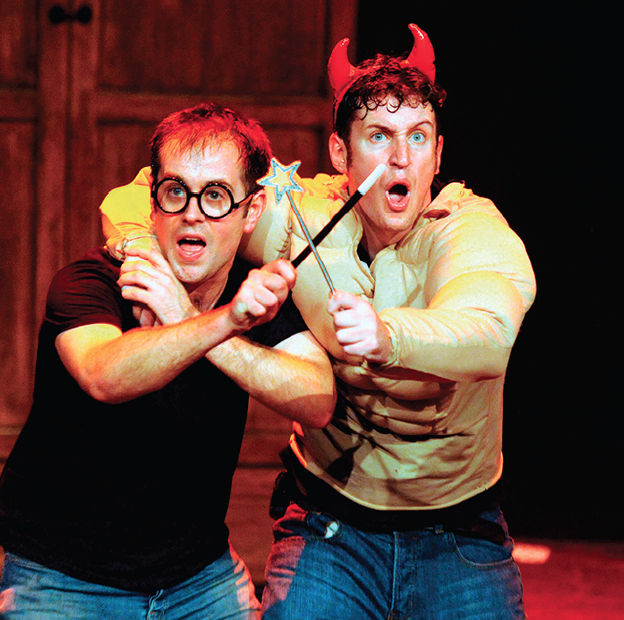 Nov. 20-24
The Harry Potter series is settling into its afterlife. There are Harry Potter games, plus a theme park and all manner of paraphernalia. Now, the Harry Potter parodies, spin-offs and reconfigurations are taking center stage. To wit: Potted Potter: The Unauthorized Harry Potter Experience, in which actors Daniel Clarkson and Jeff Turner enact all seven books in 70 minutes of loving parody. What started as a five-minute street show to entertain lines (or queues, as it were) waiting for the release of The Half-Blood Prince has since climbed the theatrical ranks from fringe festivals to London’s West End to off-Broadway and now a U.S. tour, including a stop at the Byham.

Nov. 7
The creation of 90.5 WESA-FM in 2011 brought “The Diane Rehm Show” to Pittsburgh’s public-radio listeners. For a call-in show in an age of strong opinions, the two-hour news and current-events program is surprisingly civil and substantive, an achievement made even more remarkable by Rehm’s personal struggles; the neurological voice disorder spasmodic dysphonia nearly ended her radio career in 1998. From her skepticism about Marcellus Shale drilling, to her 2002 interview with Fred Rogers (among his last), to her three decades on the air, Rehm should have plenty to say when she takes the stage for the Hillman Performing Arts Series at Shadyside Academy’s senior school.