The 10 best things to do in February. 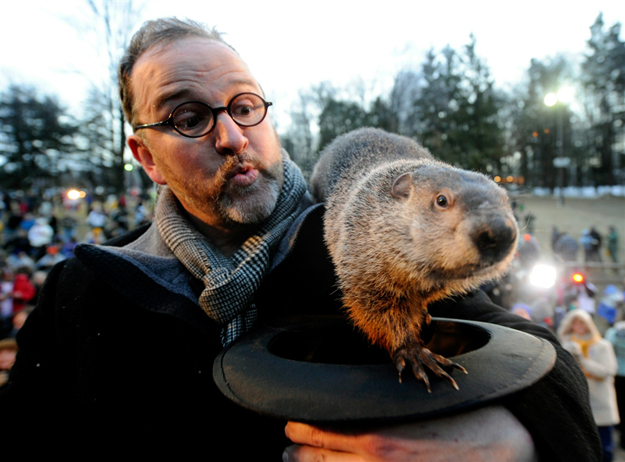 Billy Elliot: The Musical
Feb 1-12
What could possibly improve upon the original film version of Billy Elliot, you say? Maybe nothing could. But add heart-stopping choreography and about 16 original songs by Sir Elton John, and you’ve got a good start. This Broadway super-hit swept the Tony Awards and became an instant classic; this month, the touring show finally arrives in Pittsburgh, thanks to PNC Broadway Across America. Taking place during a coal-miner’s strike in rural England, Billy Elliot tells the story of a young boy in a blue collar family who just wants to dance ballet.

Groundhog Day
Feb 2
Ohio has Buckeye Chuck, and Georgia has General Beauregard Lee—but there’s only one Punxsutawney Phil. Every year, people the world over wonder: Will Phil see his shadow? Pittsburghers always promise themselves to drive to “Punxsy” and watch the famous groundhog prognosticate. After all, it’s not a long drive, and locals celebrate with food, music, and polka dancing. In the dead of Pennsylvania winter, you won’t find a livelier celebration, whether or not Phil predicts an early spring.

Learn Arabic
Feb 5
Arabic is not an easy language. It reads right to left, each letter can be written in many different ways, and some of the pronunciation sounds pretty weird — at first. But Arabic is also one of the world’s most beloved languages, spoken and studied by more than one billion people. The Arabic Language Class teaches students how to read and write Arabic, with insight into the Quran, the book that gave birth to Islam. Designed for serious adult learners, the Arabic Language Class is a rare chance for ordinary folks to learn this essential Middle-Eastern language.

Glass Class
Feb 5
If you’ve ever laid tile, you know what a pain grout can be. Sticky, tricky and hard to apply, grout gives you one chance to get it right, and then you’re stuck with the result. But what if you fired up some glass powder instead? In this innovative class, students learn about kiln-formed mosaics, decorative tiles fused together with melted glass. For people who have always wanted to dabble in glass, this two-hour workshop is a great introduction to the form. Better yet, you can walk away with a durable new decoration.

Cupid’s Chase
Feb 11
It sounds like a cute idea: On the eve of Valentine’s Day a few hundred runners race along five kilometers of frigid roadway. But the Cupid’s Chase 5K is more than just a midwinter trot: The race takes place in 25 cities across the country, and proceeds benefit people with disabilities, thanks to Community Options, Inc. The event draws regular racers, who compete for ever shorter times. But the three-miler is also perfect for amateurs and newbies who want to show Old Man Winter who’s boss.

Hanson
Feb 15
What would the ’90s have been like without “MMMBop”? And what ever happened to those adorable, longhaired blondes from Tulsa, Okla.? These days, the Hanson brothers are a little older, a little wiser and a lot more charitable — recent concerts have benefited AIDS prevention in Africa, among other thoughtful causes. And whatever you might think about the bluesy pop of “Thinkin’ ‘Bout Somethin’,” these boys can sing. If you’re on the fence about seeing the recently reunited band, consider this: The Carnegie Music Hall is one of Pittsburgh’s most breathtaking music venues.

Monster Jam
Feb 17-19
On paper, they’re just big trucks with gigantic tractor-tire wheels, and they drive around dirt piles and crush old cars. But a monster truck rally must be seen to be believed. The roar of the engines, the odor of exhaust and the shriek of crushed junkers — there’s nothing quite like it. Showcasing some of the most famous monster trucks in the biz, such as Grave Digger and Maximum Destruction, Monster Jam brings new meaning to the phrase “chaos on wheels.”

Cirque Dreams
Feb 21-26
In the past, you could depend on Cirque Dreams for acrobats, clowns, people balancing on dangerous-looking objects and amazing lighting effects. But after six different productions, from Jungle Fantasy to Holidaze, Cirque Dreams has dreamt up the ultimate crowd pleaser: Cirque Dreams: Pop Goes the Rock, which incorporates the usual stunts and hijinks — but adds a soundtrack of favorite chart-toppers. Call it avant-garde easy-listening. Like a European-style circus mixed with a jukebox musical, Pop Goes the Rock will have you rocking out from the first beat.

Monroeville Home Show
Feb 23-26
Home improvement doesn’t start in the spring — it starts months earlier, when savvy D.I.Y. types start drawing up plans and budgets. Where will you plant that new flowerbed? Should you go for the enclosed deck or the open-air? To kick-start your creative process, check out the Monroeville Home Show, a four-day extravaganza of displays, free samples and how-to seminars. Discover the latest tools and trends in contemporary gardening and remodeling—and get that sledgehammer ready.

Playing for Change
Feb 29
In 2004, Mark Johnson and Enzo Buono decided to travel the world and record musicians playing popular songs. The resulting videos and recordings are globe-spanning collaborations by different artists, from street strummers to professional performers. Today, the Playing for Change Foundation has created several music schools in developing nations and hosts concerts to benefit this peace-loving nonprofit. As part of the Cohen & Grigsby Trust Presents Series, the one-night Playing for Change concert showcases talented musicians from around the world. For a taste of the Playing for Change oeuvre, check out their “Stand by Me” video on YouTube. You might want to keep some tissues handy.