The 10 best things to do in Pittsburgh this April. 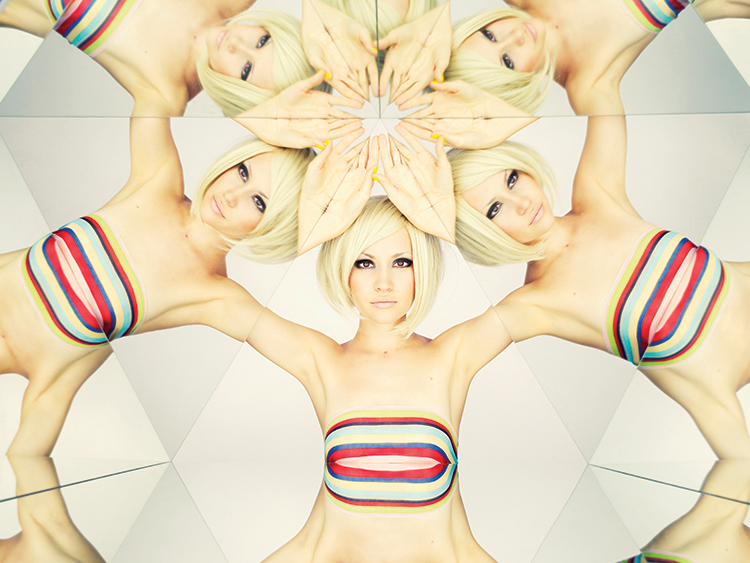 Through the Looking Glass
April 18-20
For those accustomed to a calm and collected Carnegie Mellon campus, Spring Carnival is a shocker. Blinking lights, crowded lawns, mind-bending funhouses and whiplash-inducing rides await the curious visitor; all those engineers can get pretty wild when they put away the TI-89 and let their hair down. CMU students like to finish their academic year with a bang, and this year’s event even has a theme: “Fractured Fairytales” promises to play off old-time folk stories. Whether you plan to see school clubs compete in games or you just want to eat cotton candy, Spring Carnival is a great way to celebrate the end of winter — and final exams.

Top Brass
April 11
There are some songs that most people love. The moment you hear, say, “Blue Moon” or “In the Mood,” you instantly smile with recognition. The River City Brass Band specializes in such songs, but Big Band & Doowop Brass is a particularly nostalgic concert. Not only will you hear these mid-century classics performed by the 28-piece ensemble, but you’ll listen to the stylings of vintage-tribute band Johnny Angel and the Halos as well. Snapping and foot-tapping are encouraged — and extra credit if you pull up to the Carnegie Music Hall in a finned Cadillac.

He is Legend
April 6
Eric Clapton has been inducted into the Rock and Roll Hall of Fame three times. The master guitarist has authored some of the most memorable riffs in music history, and hardly an hour goes by that one of his songs doesn’t air on a classic rock radio station. This month, the Cream veteran takes over Consol Energy Center, accompanied by a band of hand-picked musicians. Meanwhile, Clapton shares some stage time with chart-topping(and opening) act The Wallflowers.

Big Laughs
April 13
If you put a heavyweight guy onstage, and he can talk in funny voices, he’s bound to get people chuckling. But Gabriel Iglesias is also an expert storyteller, and his impersonations are based on real encounters. The San Diego native pokes fun at his “fluffy” girth, his Mexican-American heritage and his penchant for Hawaiian T-shirts. After doing the late-night circuit and some significant movie cameos, Iglesias is on fire — and he hits Pittsburgh with a one-night stand-up set. Not sure what the “Five Levels of Fatness” are? Iglesias will explain.

Big Mac
April 26
The British blues musicians of Fleetwood Mac have been going strong since the ’60s, and they bring their 34-city North American tour to Pittsburgh this month. Celebrating the 35th anniversary of blockbuster album Rumors, Mac will almost certainly sell out the Consol Energy Center, attracting age-old groupies and young fans alike.

Take Me Out to the 5K
April 13
One of the most beautiful places to jog in Pittsburgh is the North Shore, where the river sparkles, suspension bridges reflect in the water and downtown skyscrapers soar. The Pittsburgh Pirates 5K Home Run offers a chance to run this route, take in the scenery and cross a finish line inside PNC Park. This charity race also has prizes, free Pirates tickets and an after-party. For sheer invigoration, there’s no better way to start a spring morning than a jaunt along the river. No need to hurry, though; walkers are also welcome.

Hell with the Lid Off
April 27-Oct. 19
Thirty-four years ago, the machines of the Carrie Blast Furnace shut down, and the factory — which had produced iron for the Homestead Works since 1907 — went silent. Today, the rusty ruins of the Carrie Furnace are a monument to Pittsburgh’s steel industry. Visitors can explore the furnaces’ remains via an interactive tour … without enduring infernal fire and smoke. Organized by the Rivers of Steel National Heritage Area, these guided treks illustrate the anatomy of a steel mill. Designed for history buffs and tourists alike, the Carrie Furnace nakedly reveals why Pittsburgh was once known as a “titan of industry” … as well as “hell with the lid off.”

Lonely Planet
April 19-20
When most people think of folk festivals, they envision bearded guys with banjos (not that there’s anything wrong with that). But ever since 1956, when the Pittsburgh Folk Festival was first held, organizers have valued “unity in diversity.” The 500-plus dancers and musicians who turn out for the fest represent such diverse places as Scandinavia, China and the Iberian peninsula. Visitors can also take free dance lessons, try exotic dishes at the cafe and peruse global handicrafts at the festival’s bazaar.

Banzai!
April 5-7
Anime! Cell-phone novels! Samurai films! For such a small island, Japan gushes pop culture — from its massive film industry to its immeasurable comic-book scene. Tekkoshocon is a pop-culture convention that honors Japanese art and media, an unabashedly nerdy gathering of illustrators, gamers, collectors and trivia junkies. This year’s meeting features all kinds of activities, including movie screenings and a masquerade. For Japanophiles who can’t get enough “Lone Wolf” and “Sailor Moon,” Tekkoshocon offers more events than you can shake a katana at — plus an opening event at Dormont’s Hollywood Theater.

Bodysnatchers
April 25 & 28
If you’re not familiar with Jewish folklore, you probably don’t know that a “Dybbuk” is a malevolent spirit that invades the body of a living person. This creepy concept lurks within The Dybbuk: Between Two Worlds, a chamber opera by Ofer Ben-Amots. As part of the Pittsburgh Symphony Orchestra’s Music for the Spirit Festival, the Pittsburgh Jewish Music Festival celebrates its tenth anniversary with this haunting thriller, in which a bride must choose between life with a stranger or death with her beloved. This new production (sung in Hebrew with English translations) features video projections, an inventive score, the vocals of the Pappert Chorale and Children’s Festival Chorus, and the dance talents of Texture Contemporary Ballet.