The 10 best things to do in Pittsburgh in March. 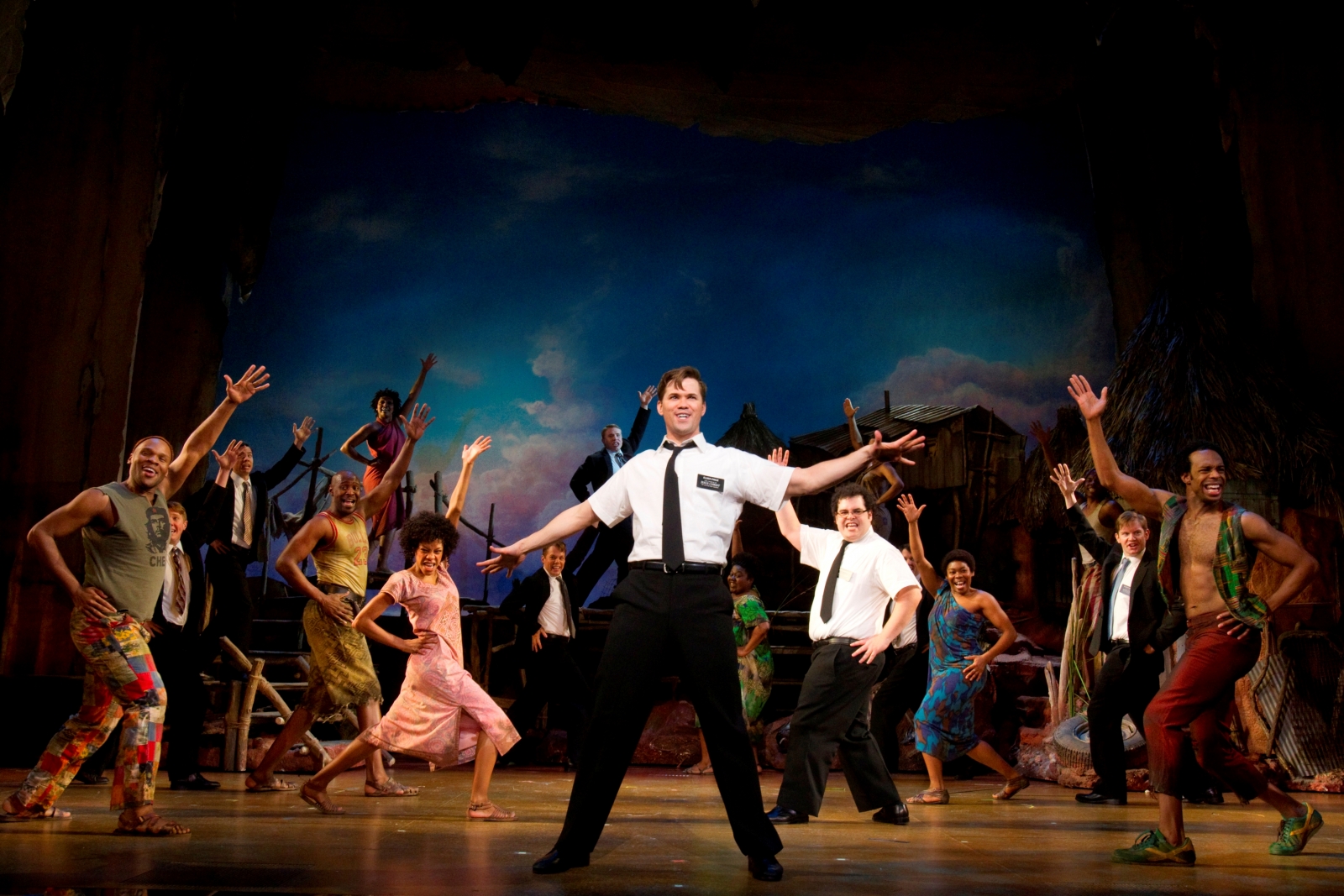 Tabernacle Choir
March 26-April 7
When The Book of Mormon hit Broadway, it was a revelation: a topical musical, a funny musical, a musical musical — and, according to the Tony Awards, the Best Musical of 2011. And who would have guessed that this theatrical blockbuster would originate with Trey Parker and Matt Stone, creators of “South Park”? Book is the story of two missionaries who arrive in Uganda, trying to spread the Good Word, as ambivalent natives struggle to survive war and famine. See how their worlds collide in this madcap satire of proselytizing, politics and the Celestial Kingdom. This professional touring production finally arrives in Pittsburgh, thanks to PNC Broadway Across America.

In the Mood
March 6
Big Band music can make you nostalgic for a time you never actually experienced. The genre recalls wingtips, fedoras and swishing skirts. It conjures a sultry, high-spirited mood, as infectious today as it was in the 1940s. The Just Jazz concert is a benefit for Familylinks, an organization that helps people in need. But it’s also an excuse to hear some swingin’ old standards, performed by Pittsburgh native Lisa Ferraro and her Big Band, featuring Mike Tomaro of the Three Rivers Jazz Orchestra. Let them lull you into that bygone era after an opener by Benny Benack III — and in the meantime, help the families of the future.

Power Plays
March 23
It’s been precisely two years since the Pittsburgh Power was founded, giving locals a whole new football experience. If you’ve never seen arena football, be warned: The field is 50 yards long, the stadium is indoors and the rules are a teensy bit different — but the idea is still the same, and the gridiron can be every bit as thrilling as the NFL. And don’t feel weird about rooting for a new team: The Power wears black and gold, and Terrible Towels still apply. 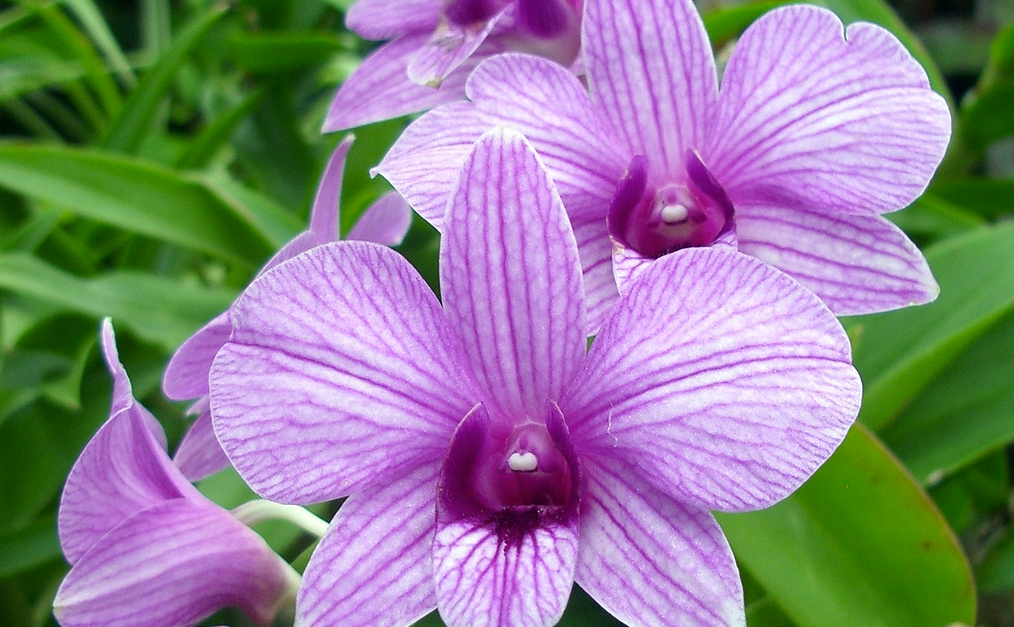 Bloom Days
March 23-24
Flowers come in all shapes, sizes and species, but nothing quite compares to the orchid. With its elegant coloration, perfect symmetry and wing-like petals, the orchid looks more animal than plant. (Orchids are so captivating that Charles Darwin wrote an entire book about their pollination.) The Orchid Society of Western Pennsylvania presents its annual Orchid Show, showcasing hundreds of specimens — and the displays are almost as distinguished as the flowers themselves. Whether you’re a master gardener or just like to admire from afar, the Orchid Festival is a beautiful preamble to spring.

Knit-Pickers
March 15-17
Knitting is slow, careful work, and few creations are more rewarding than a newly completed sweater. The ninth-annual Pittsburgh Knit & Crochet Festival celebrates this plucky little craft with scores of booths and demonstrations, plus more yarn, patterns and buttons than you could shake a darning needle at. Find the latest alpaca wool, or discover the joys of rug-hooking — even learn how to spin your own yarn. Don’t know a purl stitch from a stockinette? There are tons of workshops for beginners.

Strictly Ballroom
March 2
It’s too bad that the formal ball has gone out of style. Wouldn’t it be great to dress in your absolute finest, mingle among elegant guests and then whirl the dance floor like a fairytale prince[ss]? Zonta’s Glass Slipper Ball is just the occasion — and offers a perfect excuse to don that closeted tux or gown. This black-tie optional affair is an opulent mix of locally crafted hors d’oeuvres, opera-gloved patrons and late-night dancing. Proceeds benefit Zonta Pittsburgh North Foundation, a service organization committed to advancing the status of women.

Walking Contradictions
March 31
No millenial’s childhood was complete without a copy of Dookie, the seminal early Green Day album. Since those halcyon slacker days, when music was loud and everybody wore flannel, Green Day has reinvented itself with American Idiot, 21st Century Breakdown and Uno! Dos! Tré! The trio arrives in Pittsburgh to blast the roof off the Consol Energy Center. With its punk-political lyrics and still-raw sound, Green Day proves itself the most versatile and long-lasting pop-punk band.

Wish You Were Here
March 1-2
In the history of rock, Pink Floyd stands alone. For a generation, fans absorbed their patient builds, their mysterious lyrics and their dreamlike harmonies. The original Pink Floyd disbanded decades ago, and most people will never see their occasional reunions, nor experience firsthand the epic scope of a true Pink Floyd concert. But that’s why there’s Brit Floyd, “the world’s greatest Pink Floyd show.” Replicating the wild spectacle and mind-bending soundscapes of the original, Brit Floyd has entertained hundreds of thousands of fans around the planet. They arrive in the Steel City to revive some Floydian magic. Will they tear down the wall?

Pick of Destiny
March 5
Watching Jack Black play music is kind of like just hanging out with him. He’s crass, he’s hypomanic and he loves to rock out — and when he teams up with Kyle Gass, Black never stops being himself. At its core, Tenacious D is just a couple of guys with guitars, singing hilarious songs about sex, drugs and soul-eating demons. Black’s zeal and Gass’ deadpan delivery are the perfect combo; whether their banter is scripted or total improv is impossible to say, but either way it’s a riot. Catch Tenacious D at Stage AE, and see if you can laugh and head-bang at the same time.

I, Robot
March 14-16
Fact: Robots are fun. We love to see them race, compete and even fight. There’s only one thing better than a legion of roboticists converging on Pittsburgh with their mechanical friends: free admission. Thanks to the FIRST Robotics Competition, anybody can head to the Petersen Events Center and watch tech-savvy young engineers face off. (FIRST is a nonprofit organization dedicated to getting teenagers interested in science and technology.) Each annual tournament offers a new game or challenge; with its specialized machines and cheering fans, the FIRST Robotics Competition can feel like a science fair on steroids.