The best things to do in Pittsburgh during the first month of 2013. 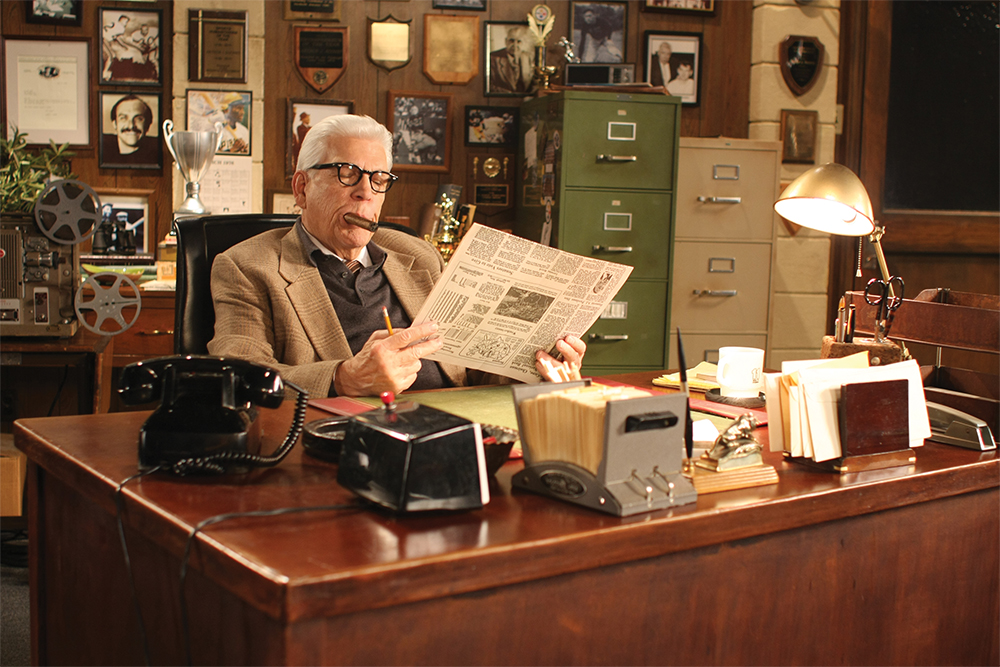 Immaculate Reception
Jan. 3-12
When Art Rooney, Sr. founded the Steelers in 1933, he could never have expected racking up six Super Bowl rings, gaining a team anthem (“Here We Go”) or having a player known for his flowing mane (we’re lookin’ at you, Polamalu). But the craziest touchdown of all is The Chief, a one-man show written by Rob Zellers and Gene Collier that has almost certainly become the most successful stage show in Pittsburgh history. The only character is Rooney, who adjusts his horn-rimmed glasses and reminisces about seasons lost and won. Pittsburgh Public Theater revives this super-hit, directed by Ted Pappas, for its 10th-anniversary celebration. Join local star Tom Atkins as he returns to play Rooney once more.

Star Treks
New permanent exhibit
Let’s be honest: Every single human on planet Earth wishes they could do a space walk. It’s the ultimate bucket-list wish — to experience zero gravity firsthand and see our little blue marble from a distance. Now, the Carnegie Science Center presents “SpacePlace,” the closest space simulation you’ll find this side of Cape Canaveral. See a real flight suit and NASA astronaut Mike Fincke’s Terrible Towel, and get weightless (and shoeless). Another hands-on follow-up to the “roboworld” exhibit, “SpacePlace” is one giant leap for the science center.

Scavenger Hunt
Jan. 6-13
What happens when four goofballs journey into the woods, with tiny nets in hand, hoping to capture a bear? Anyone between the ages of 3 and 10 will absolutely love finding out. We’re Going on a Bear Hunt is a whimsical stage show inspired by Michael Rosen’s award-winning picture book. Presented by the Pittsburgh International Children’s Theater, Bear Hunt is a wacky 55-minute romp in the swamp.

Good Humor
Jan. 12
In the world of stand-up comedy, Lewis Black is a unique case: He’s gray and bespectacled, and speaks with elder authority. He’s ornery and crass, but he’s also incredibly endearing. Plus, he may be the only major comic who started out as an underground New York playwright. Oddly, Black says he never writes down his jokes; he claims every stage performance is an improvised monologue. The “Daily Show” favorite and self-described socialist arrives in Pittsburgh to deliver his singular brand of political rant and observational humor.

Dress Fest
Jan. 12-13
You won’t find a more win-win cause than Brides Against Breast Cancer: Not only does this touring marketplace sell wedding gowns at a reduced price, but proceeds benefit breast-cancer research. With every style and type of gown imaginable, brides will find new designer dresses in sizes ranging from 0 to 30 at radically discounted prices (as low as $99), plus lightly used gowns. On Jan. 13, BABC will team up with the Bridal Experience, which will provide a “groom’s lounge” so that guys can watch the NFL playoffs while their ladies shop; afterward, couples can reunite (and refuel) at a buffet, with cash bar. Altruism was never more luxurious.

Word Up
Jan. 15
Slam poetry is living proof that rhymed verse doesn’t have to be boring. Sharp, tough-talking and eloquent, slam is a formidable hybrid of hip-hop rhythm and poets’ sensibilities. The Steel City Slam is one of Pittsburgh’s most respected happenings, where practiced performers stand and deliver. Unlike your run-of-the-mill university reading, slam is competitive, and the audience gets intensely involved. Head to the Shadow Lounge, the Steel City’s slam mecca, and hear this vigorous verbal showcase from local and regional poets.

Everybody Have a  Good Time
Jan. 14
You don’t see a lot of glam rockers these days — or at least few glam rockers younger than 50. Based in Britain, The Darkness is a wild anomaly: Bandmates sport all the big hair, black jackets and exposed chests of musicians twice their age. With album titles like One Way Ticket to Hell … and Back, and a dramatic history of substance abuse, the band seems unaware that it exists in 2013 — and fans love it. The Darkness falls on Stage AE this month, performing songs from the latest album, Hot Cakes. Expect onstage acrobatics and gyration.

Do You Hear the People Sing?
Jan. 15-27
Somehow, Les Misérables has taken the world by storm. No American had ever heard of Victor Hugo’s 1,500-page novel until Claude-Michel Schönberg composed his operatic rendition, and now everybody knows the story of Jean Valjean and his quest to survive in 19th-century France. The brand-new film should inspire a new generation of Les Mis fanatics, but nothing beats the original stage show. Catch this touring production at the Benedum, thanks to PNC Broadway Across America.

The “F Word”
Through May 26
When Dr. Hilary Robinson started to select artists for an upcoming show, she deliberately picked a wide variety of people. Indeed, the only thing these artists had in common was their gender. “Feminist and …” demonstrates the breadth and power of creative women, whose installations at the Mattress Factory all deal with the controversial idea of feminism. One of the most interesting contributors is Parastou Forouhar, who was born in Tehran, educated in Germany, and has filled an entire loft with Farsi calligraphy that scrutinizes both Islamic fundamentalism and Western unawareness. If you haven’t viewed this innovative showcase, January is the perfect time to visit; you could spend an entire winter afternoon wandering about the museum.

Footloose
Tuesdays
In Gaelic, “Céili” basically means “couples dancing.” And is there any step more inherently fun than Irish country dance? Fast-paced and upbeat, the Céili was originally designed to introduce young lads to young lasses, assuming that they might whirl around a bit. At Mullaney’s Harp & Fiddle, the tradition continues every Tuesday for dancers of all stripes. If there’s one group of people that can still have a good time mid-winter, it’s the Irish — so pour yourself a pint and test your skills on the dance floor. There will be live Celtic music, and clapping is encouraged.

This article appears in the January 2013 issue of Pittsburgh Magazine.
Categories: From the Magazine, Things To Do