The 10 best things to do in December. 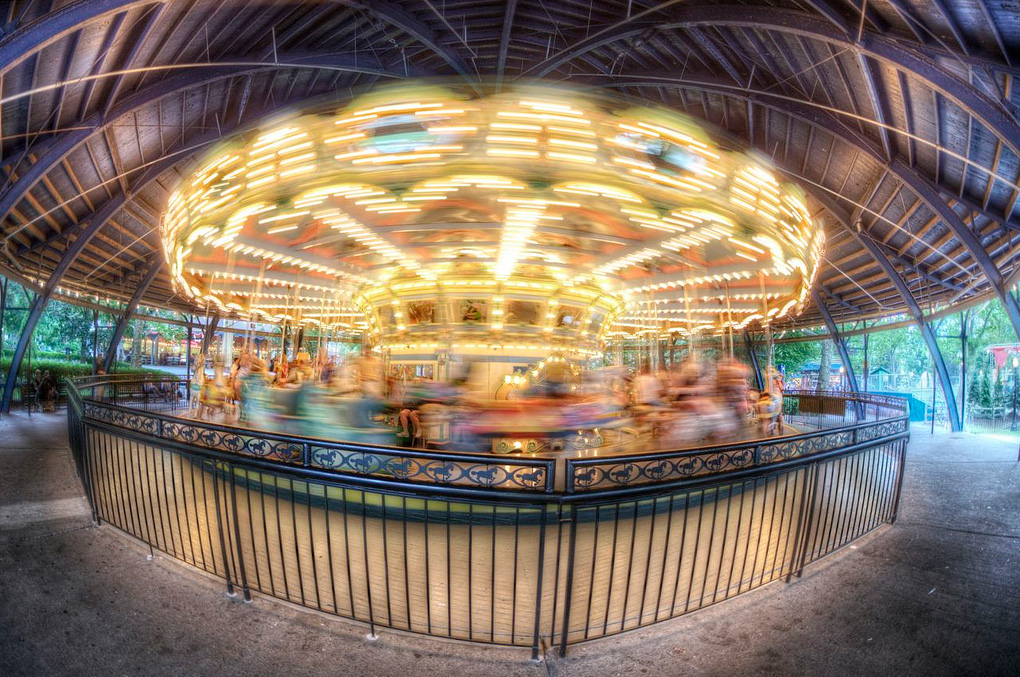 Light Up Your Life
Through Dec. 30 / This region is chock-full of holiday light displays. Still, where could you combine Christmas cheer with rides? Well, Kennywood. For people who have only enjoyed the theme park during the warmer months, the Holiday Lights display feels like a completely different world. Not only can you relish the sight of a million-light marvel and the taste of seasonal treats, but you can also listen to full-fledged local choirs, decorate cookies and enjoy a model train display. Though Kennywood is normally just open on the weekend for Holiday Lights, this year will also include Christmas light shows on Dec. 26 and 27. Don’t forget to have your picture taken with Santa and Kenny Kangaroo!

Where the Wild Things Are
Through Dec. 31/ It’s hard to do nature justice. Animals in the wild have a special power that can never be replicated. But thanks to IMAX, Born to be Wild attempts to capture the breathtaking beauty of the terrestrial wilderness and the astonishing creatures that call it home. This picturesque documentary follows world naturalists who have dedicated their lives to returning at-risk mammals to their proper habitats. Catch this standout Warner Bros. film at the Carnegie Science Center’s Rangos OMNIMAX Theater.

Lens Crafter
Dec. 1 / Teenie Harris became a mythic Pittsburgh figure as a photojournalist, but also as an artist in his own right, as he documented life in the Hill District with a painterly eye. Presented by BNY Mellon Jazz, “Hill District BEAT: A Tribute to Teenie Harris/Jazz & Fashion” is an original musical tribute to the man who froze his era in film. Enjoy the work of composers Jay Ashby, Mike Tomaro and Stanley Turrentine in this world-premiere event.

Pick-Up Game
Dec. 26 / There’s nothing quite like the Harlem Globetrotters. They’re skilled basketball players, to be sure — but they’re also witty, slapsticky and good-natured. When you hear a bunch of guys whistling “Sweet Georgia Brown,” you know that Globetrotters will soon appear. Not only is this event kid-friendly, but little ones actually get to make up the rules. The Globetrotter World Tour is the perfect way for families to recover from Christmas madness.

Nerd Up
Dec. 21 / Everybody knows that nerds are awesome — or at least they should. During the Geeks Rule! series, the ToonSeum has celebrated everything nerd. The final installment of this mini festival includes “Geek to the Future,” a blend of fortune telling and prognostication, and the Geek Wrap-Up Post Prom Party, where outrageous outfits are hotly encouraged (and no football stars can try to steal your date). If you’re the kind of person who can recite Starship Enterprise serial numbers but you haven’t been able to attend, visit the ToonSeum for the Geeks’ final chapter.

Stop the Presses!
Through Jan. 6 / As newspapers vanish, so do their ostentatious front pages. A blog can never rival the giant fonts and arresting images that helped sell old-school papers for 200 years — and you can’t draw on, fold or line birdcages with a newfangled e-pub. Andy Warhol loved to doodle all over his newspapers, and he used press images as a basis for some of his prints. Now you can see how Warhol tampered with editorial layout, thanks to “Warhol: Headlines,” an archival exhibit now showing at (where else?) The Andy Warhol Museum. Colorful and subversive, “Headlines” explores how the great Pop artist responded to daily news.

Emerald Voices
Dec. 3-4 / Some of the most beautiful folksongs in the world come from Ireland, like “Danny Boy,” “She Moved Thru’ the Fair” and “Isle of Inisfree.” But Celtic Woman is more than a hodgepodge of Irish ballads; the four singers celebrate the powerful spirit of Irish women through their astonishing voices. Like a female answer to Celtic Thunder, Celtic Woman has toured the world and inspired audiences from Dublin to Florida. Catch this remarkable tribute to the Emerald Isle, courtesy of the Pittsburgh Symphony Orchestra.

Holiday Rock
Dec. 16 / Like a metal band on steroids, the Trans-Siberian Orchestra is a tsunami of sound, light and shooting flames. The long-haired guitarists take old-timey carols and amp up the volume — and man, do they rock out. Lasers flood the stage, smoke effects abound, and pretty much everyone is deaf and yelling by the end of the show. “The Lost Christmas Eve” tells a story of New York City inhabitants who were ready for a humdrum holiday until a rockin’ enchantment took the reins. The show’s second half will feature favorite tunes as well as new music from TSO’s upcoming EP release.

Cool Runnings
Dec. 8 / Serious runners are always hungry for a new race, no matter what the weather. As December descends, the Jingle Bell Run/Walk is a nice excuse for veteran racers to stay in shape — and for social walkers to support a good cause. As the local edition of a national event, this early-morning run benefits the Arthritis Foundation. The gun goes off on the North Shore, where participants (some of whom sport holiday garb) make a relaxed 5K loop.

Hear That Train a Comin’
Through Feb. 24 / Model railroading is one of the great American pastimes. Some aficionados even create model trees out of lichen, model lawns out of plastic turf, and painted backdrops of forests and fields. But at Phipps Conservatory and Botanical Gardens, the vegetation is real: Locomotives huff their way through tiny forests, to the delight of modelers young and old. In the spirit of industrial Pennsylvania, the Garden Railroad rekindles that vintage atmosphere, interweaving tracks and trolleys with living flora.