Tomlin Needs to Be Tomlin Against Brady, Belichick

The Steelers are going to have to attack the game to survive it, to grab it by the throat and choke it to the desired conclusion. 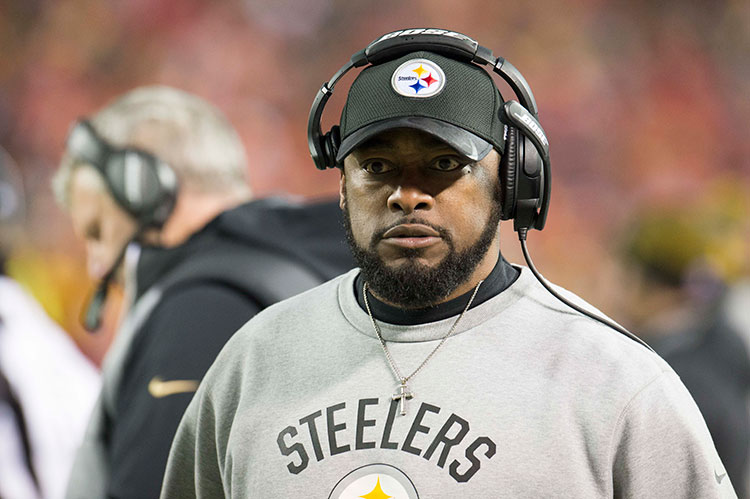 The game in Kansas City ended the way the game in New England needs to begin.

If it ends in New England the way it began in Kansas City, it won’t end well for the Steelers.

They’ll be playing for the Super Bowl on Sunday.

They won’t get there by playing not to lose.

That’s not something Mike Tomlin teams are often if ever accused of doing.

Tomlin’s the guy who gave the ball to Le’Veon Bell 1 yard shy of a last-play victory in San Diego last season when an almost certain field goal would have been enough to get the Steelers to overtime.

Yet there were the Steelers last Sunday night at Arrowhead Stadium, looking at a fourth-and-1 from the Chiefs’ 4-yard line at the end of their game-opening possession and sending the field-goal team onto the field.

Who were those guys?

“We’re in their environment without use of a cadence in that circumstance,” Tomlin explained. “We wanted that drive to end positively, we got points.

“It was too early in the game to draw the line in the dirt from my perspective at that point.”

The Steelers got the field goal they were seeking and five more after that and eventually won, 18-16.

But they never did score a touchdown.

And this just in: That won’t be nearly enough against Tom Brady and the Patriots.

The environment will be even more hostile this time around. And the use of a snap count is likely to once again be a distant memory given the circumstances.

The Steelers are still going to have to attack the game to survive it, to grab it by the throat and choke it to the desired conclusion.

The way they did in finishing off the Chiefs. 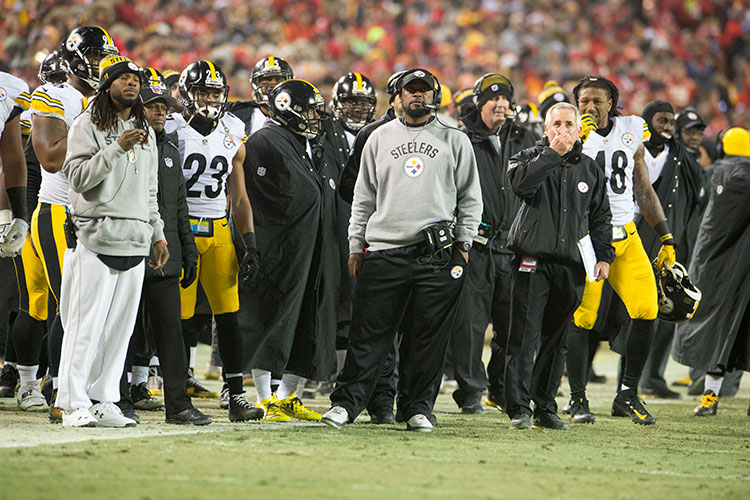 The circumstances then were second-and-8 from the Steelers’ 7 with 2:32 left in regulation, the Steelers up by two and the Chiefs having just exhausted their third timeout.

The Steelers threw the ball and gained 5 yards in the process.

They threw it again on third-and-3 from the Steelers’ 12 just inside the two-minute warning.

This time they secured the first down that punched their ticket to New England.

A turnover on either snap would have been calamitous.

An incompletion would have been almost as bad, as it would have likely resulted in the Steelers punting and the Chiefs ultimately kicking a game-winning field goal.

But the Steelers didn’t live in those fears, to quote an often-relied-upon Tomlinism.

“We play to win,” Tomlin insisted. “We were throwing.”

And it’ll take all of that and then some from the get-go.

The Steelers can’t afford to ease their way into this one.

They have a legitimate chance to finally get on the right side of Brady and Bill Belichick with something significant at stake, but such an outcome would still constitute an upset.

And those aren’t usually achieved by being conservative.

The Steelers need to be their thoughtfully non-rhythmic best against the Patriots.

They need to remember who they are, how they got here and never lose focus on where it is they’re convinced they’re headed.

They can get there.

But it isn’t going to happen three points at a time.