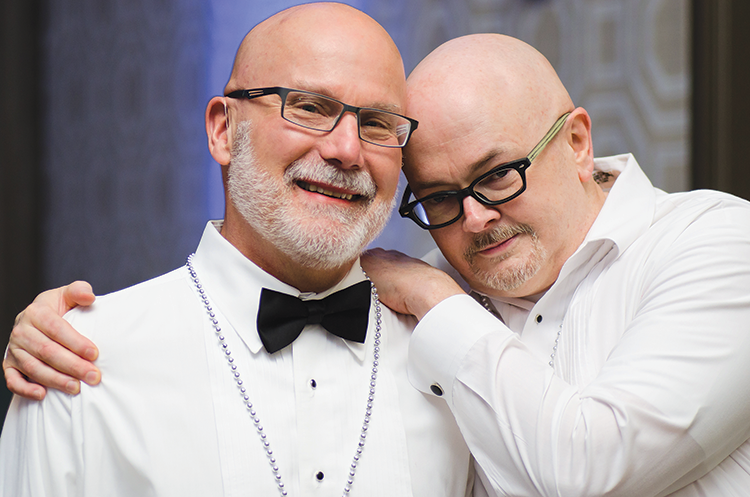 It marked the end of a 35-year engagement, and the theme of the day was “heroes.” The favors, which served as place cards, were framed photos of the guests in superhero costumes signifying that each guest was a hero to Ron Riel and Tom Gray for supporting their union. During his toast, Ron read a tribute to his heroes, a list that included Abraham Lincoln, suffragists and Harvey Milk.

Ron and Tom’s formal union had the feel of a momentous occasion. 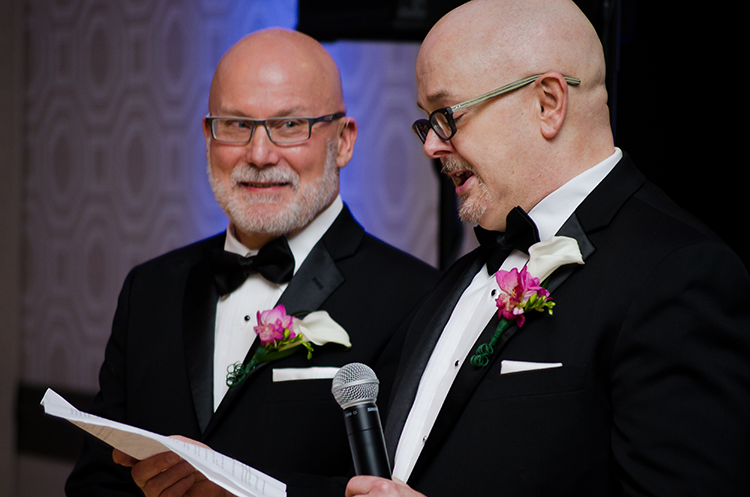 The couple, of Fox Chapel, met in 1980 at the former Tender Trap/Trapeze, now Casbah, in Shadyside.

“It was just one of those things, kind of like love at first sight,” Ron says.

Over the years, they saw each other through the deaths of parents, job losses and life’s other disappointments as well as successes. Tom, 70, is a retired metallurgist who worked at Allegheny Technologies Inc. for 32 years. After retirement, he restored pipe organs part-time. Ron, 60, works in marketing compliance at Education Management Corporation.

In May 2014, when a federal court ruling effectively overturned Pennsylvania’s ban on same-sex marriage, Ron and Tom decided to marry right away rather than risk the law changing again. 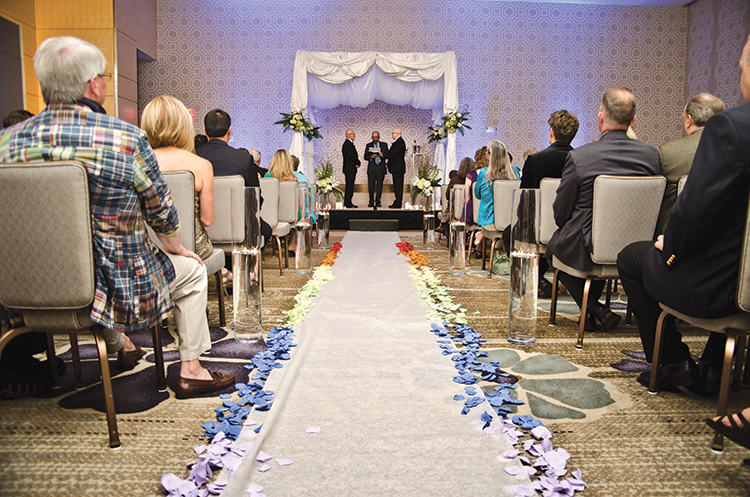 Ron and Tom prepared quickly for their July 5 wedding, but they couldn’t find a church that would permit the marriage of a same-sex couple. As Christians, the two men wanted to include God in their day rather than have a civil ceremony, so Ron began searching online for an alternative. He discovered the website Rabbis Without Walls, run by retired Rabbi Art Donsky, formerly of Temple Ohav Shalom in McCandless Township. The rabbi agreed to marry them.

“Neither one of us is Jewish, but it turned out great,” Ron says. “He did a really great job of combining Jewish aspects and Christian aspects. [We] smashed the glass; we [were married under] a chuppah — it was great fun. He was great to work with and helped us create a very meaningful and memorable ceremony. He told us he figured we didn’t need [marriage] counseling after 35 years.” 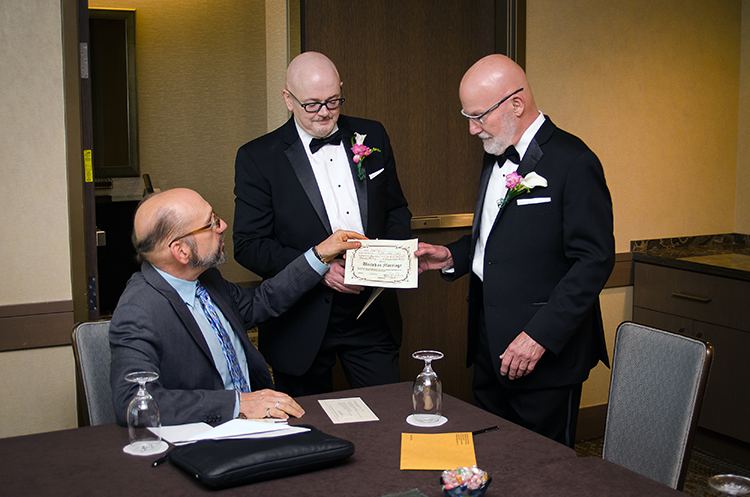