The vintage décor and reclaimed materials business owned by Seth Hunter will open in a larger Lawrenceville warehouse next month. 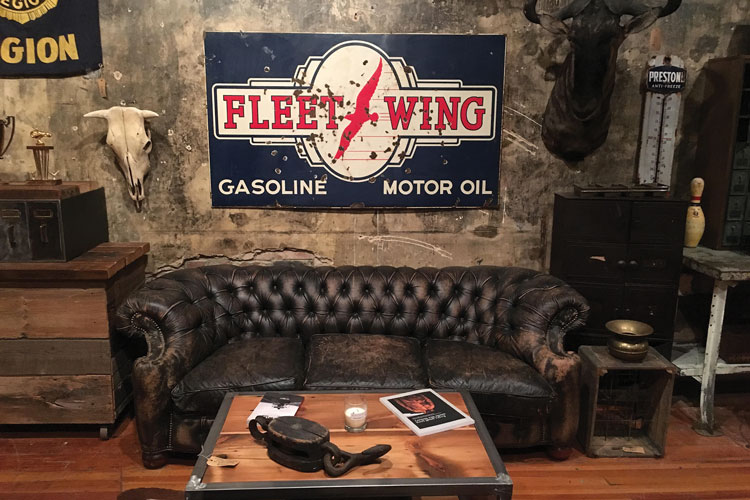 After more than two years on Butler Street, Toll Gate Revival owner Seth Hunter has packed up shop and made plans to move six blocks down the road to a new, larger, home in Lawrenceville.

“It’s a warehouse-style location,” Hunter says. “There’s a lot more space and it has a lot better setup for me.”

Hunter says he plans to open the latest incarnation of his vintage decor and reclaimed materials business in May. And when he does, it will be with a whole new user experience.

Unlike the retail shop along Butler Street, which Hunter closed in March, the new location on 43rd Street will not have regular hours.

Instead, Hunter says he plans to hold event-like sales at least one weekend a month at the warehouse that will include a food truck outside.

Hunter says the new space is nearly triple the size of his business’ former location, which will allow him to stock more, and larger, versions of the one-of-a-kind pieces he picks up at flea markets, auctions and barns from around the country. He’ll also have a workshop in the new space, which includes 20-foot-high ceilings and a rollup garage door.

“I’ll be able to pack a lot more stuff in there,” he says. “It will be more of a picking experience, but it will still be set up and curated.”

He calls opening his first retail store on Butler Street a “learning experience” and says when he was slow during the store’s regular hours in the middle of the week, he would wish he were out looking for new items.

The new setup will give him that freedom, although he admits some of his customers were disappointed he no longer will have dedicated hours.

“I think once people get used to it, it will definitely be an improvement,” he says. “For me to get on the road more throughout the month, picking, that’s what I enjoy the most.”

Prior to opening Toll Gate Revival, Hunter, who grew up on a farm in Washington County and often would repurpose items he found around the property, worked as a field supervisor in the oil and gas industry. In his spare time, he would sell items he found during his picking trips.

Several years ago, he began selling his curated items from a storage unit he rented on the North Side. His side job soon became his fulltime job, and in 2015 he opened Toll Gate Revival.

The wares are ever changing, but examples of the items sold at Toll Gate Revival include everything from vintage Chesterfield sofas to old whiskey barrels.

Despite the change in hours, Hunter says he will continue to post items for sale on social media, including Toll Gate Revival’s popular Instagram page. The new space also will be open by appointment.

“It was kind of bittersweet,” he says of closing his retail store. “It was such a cool space. It was really tough to leave.”