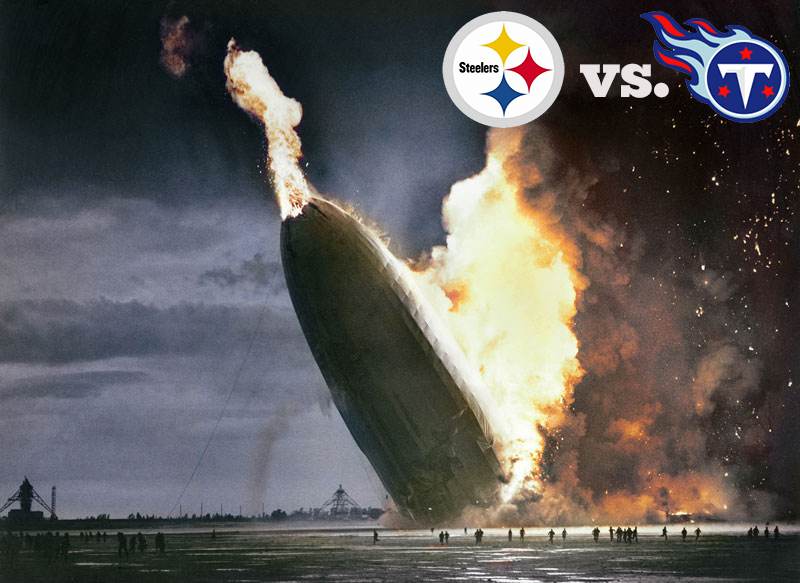 Hell is a third-and-long bubble screen.

Yes, the Steelers were manhandled at home by the team that gave up the most points in the NFL last season. And yes, Pro Bowl center Maurkice Pouncey’s season is likely over after tearing his ACL and MCL in a case of friendly-fire. And yes, the Steelers did not have single rushing first down.

Sure, that’s all enough to inspire even the most enlightened, far-sighted and reasonable Steelers fan to call in to their favorite radio station and have a borderline-epileptic neurological event that sounds something like, “Der should fahr dat coach Tumlins.”

Inane rage-blindness aside, here’s a more telling visual for the state of the Steelers right now: In the second quarter, the Steelers had the ball near midfield. It was 3rd and 11. Roethlisberger lined up in the shotgun, presumably readying to do what he does best in 3rd-and-long situations — buy time in the pocket, extend the play, scramble away from pressure if necessary and throw the ball down field.

It’s the classic Roethlisberger formula. Unfortunately, we’ve seen very little of this impromptu brilliance under offensive coordinator Todd Haley’s frustrating and at times stupefying reign. There would be no ramshackle Roethlisberger magic on Sunday.

Coming off the field, Roethlisberger looked worse than pissed off. He looked totally exasperated.

In theory, Haley’s offensive philosophy sounds just fine: Take the pressure off of your beaten-up, 31-year-old franchise quarterback by employing a more high-percentage short passing game. This is the sales pitch that won Haley the job. If you look at the heat maps of where NFL offenses have the most success passing, like this nifty Pass Atlas from Grantland, Haley’s pitch makes sense. 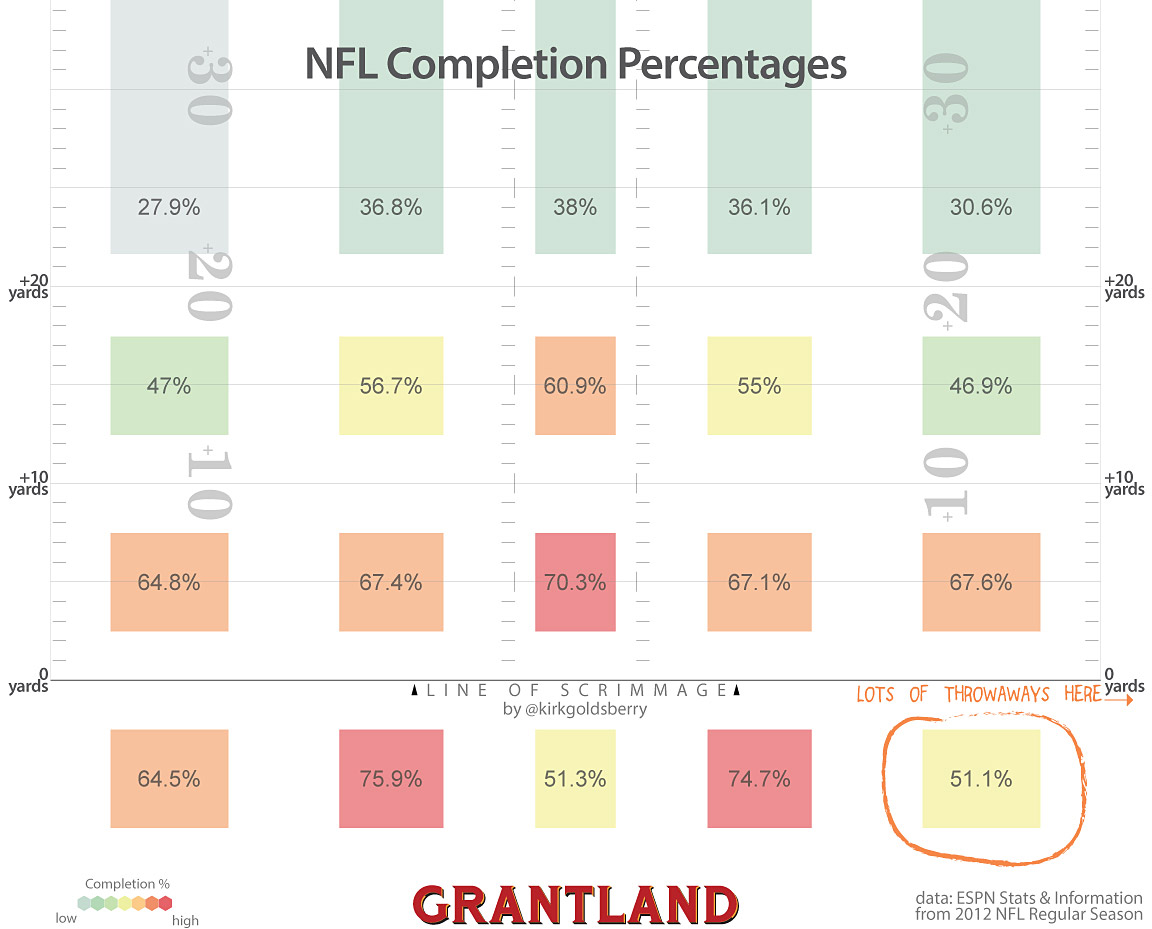 There’s just one problem: Roethlisberger is not like Tom Brady or Aaron Rodgers or Drew Brees. He’s nothing like Kurt Warner, the quarterback Haley had the most success coaching.  Roethlisberger is a different football brain with a very different set of strengths. And yet Haley didn’t seem to consider this very important nuance when he arrived in Pittsburgh. Instead of working closely with Roethlisberger to create a hybrid playbook that made the Steelers' veteran receivers comfortable and gave Roethlisberger room to be creative (his greatest strength), Haley installed in his own playbook and terminology with zero collaboration.

“I joke and say that my final paper for Miami [of Ohio] on Tibet was a lot easier than the Rosetta Stone we’re doing now here,” Roethlisberger said when Haley first came to town in May 2012. Even when Haley’s plays were identical to Bruce Arians’ old plays, Haley insisted that the Steelers use his terminology.

“We would say, 'Oh, we know this play, it's the same thing we had, but it's called completely different.' So why not call it the same thing? So there was a lot of frustration with that.”

Three weeks into the 2012 season, Roethlisberger had already started using plays from Arians’ old playbook in a loss to the Oakland Raiders. When asked why he decided to use those plays during the no-huddle offense late in the game, Roethlisberger sniped, “Because they were going to be open, and they worked every time I did, so that was good."

So that was good. Hoo, boy.

On Sunday, the Steelers had their only offensive success late in the fourth quarter with Roethlisberger in the no-huddle. This time he didn’t say whether or not he went off-playbook.

Does it matter? In the words of the great philosopher Chris Rock, “If you just broke up with your girlfriend, you’ve been breaking up for six months.”

These two are like the sad-sack couple passive-aggressively sniping at one another in the food court of your local IKEA. It’s been over since the day Haley walked into the Steelers’ practice facility with zero Super Bowl rings on his hand and zero desire to compromise.

Check out this quote from Haley in an ESPN fluff piece on how much the Haley-Roethlisberger relationship has “evolved” since last season. This appeared the day before the Steelers went out and laid an egg against the NFL’s worst defense at Heinz Field:

“Change isn't always easy. It isn't always comfortable, but if it's seen as a necessity then it has to happen,” Haley said. “I think that process has gone along, and we're much further ahead at this point than we were a year and a half ago.”

If it was to prolong Roethlisberger’s career, it isn’t working. He was sacked five times on Sunday. And even if he keeps his jersey clean, what’s the point of five more seasons in an anemic offense that doesn't play to his strengths?

Bummed-out Steelers fans who had the courage to tune in to the 4:45 game between the 49ers and Packers must have felt like they were watching a different sport entirely. Both teams finished the game with 23 first downs. The Steelers managed 13 on Sunday.

Mike Tomlin loves reminding everyone that the NFL is a results business.

Under Arians in 2011, the Steelers were 12th in the NFL in total offense.

2013 was supposed to be different. Week 1 certainly was. The offense wasn’t just out of sync. It wasn’t confused or off-kilter. It was simply flat-out depressing.

Look around the league. Quarterbacks with half of Roethlisberger’s talent are consistently throwing for 350 yards under the NFL’s new passer-friendly contact rules. “Genius” offensive coordinators are a dime a dozen. Elite quarterbacks come along once in a lifetime (literally in the case of Jets, Bills, Raiders and Browns fans).

At best, the Steelers have five more seasons of Roethlisberger in his prime. They can’t afford to waste even one of those seasons throwing bubble screens.