Timeline: The History of the Pittsburgh Penguins

As the team begins its 50th anniversary season, a look back through pictures and videos of the big moments in the Pens' first 49 years. 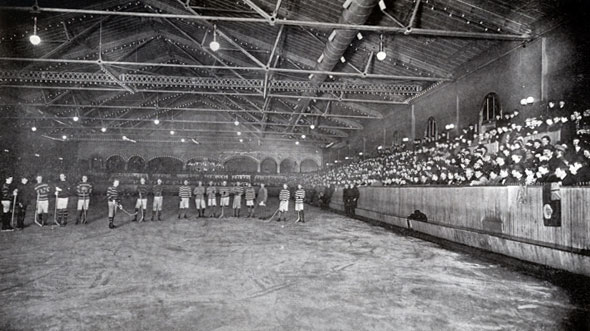 Dec. 2, 1925  The first NHL game played in Pittsburgh sees the Pittsburgh Pirates lose to the New York Americans, 2-1, in overtime at Duquesne Gardens. The team would stick around until 1929, when it would relocate to Philadelphia; the NHL wouldn’t return to the Steel City for nearly 40 years. 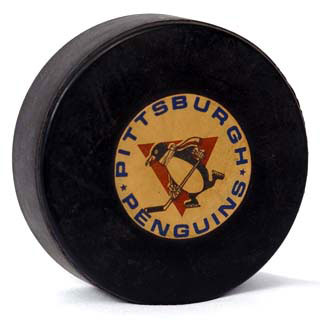 Oct. 11, 1967  The Pittsburgh Penguins officially enter the NHL with a 2-1 loss to the Montreal Canadiens. On Oct. 21, the Penguins would become the first expansion team to defeat an “Original Six” team, beating the Chicago Blackhawks 4-2.

Spring 1970  The Penguins qualify for the NHL playoffs for the first time. They sweep the Oakland Seals in the opening round before being eliminated by the St. Louis Blues in six games.

Spring 1984  The Penguins manage three separate six-game losing streaks in the last 21 games of the season to finish with a record of 16-58-6 — earning the year’s No. 1 draft pick. They select Mario Lemieux.

Oct. 11, 1984  Lemieux scores on the first shot of his first shift, kicking off his legendary Penguins career with instant impact.

June 16, 1990  The Penguins select Jaromir Jagr in the first round of the 1990 NHL Entry Draft, providing Lemieux with a winger that instantly makes the Penguins’ first line (along with Ron Francis) among the most effective in history.

May 25, 1991  The Penguins defeat the Minnesota North Stars by a score of 8-0 in Game 6 of the Stanley Cup Finals, earning the franchise’s first-ever championship. They later would be the first NHL team invited to celebrate a Cup win at the White House.

Nov. 26, 1991  Robert “Badger Bob” Johnson, head coach of the Pittsburgh Penguins, dies of brain cancer in Colorado Springs, Colo. When his team captured the Stanley Cup only six months prior, he became the first U.S.-born head coach to hoist the Cup since World War II.

June 1, 1992  The Penguins complete a four-game sweep of the Chicago Blackhawks with a 6-5 victory, winning a second consecutive Stanley Cup.

Dec. 27, 2000  Lemieux returns to the lineup as an owner-player, notching a goal and two assists against the Toronto Maple Leafs.

Spring 2002  For the first time in 12 seasons, the Penguins fail to make the NHL playoffs. The subsequent seasons would be among the worst in franchise history.

July 30, 2005  With the No. 1 overall pick in the 2005 NHL Entry Draft, the Penguins select Sidney Crosby, setting the stage for the team’s resurgence.

Jan. 24, 2006  Mario Lemieux announces his retirement from professional hockey … again. This one would stick.

June 12, 2009  After 17 years away from the Stanley Cup, the Penguins defeat the Detroit Red Wings in seven games to claim a third championship.

Dec. 12, 2015  With the team underperforming, the Penguins fire Johnston and replace him with Mike Sullivan, a former head coach of the Boston Bruins who was coaching the AHL Wilkes-Barre/Scranton Penguins at the time.

June 12, 2016  The Penguins defeat the San Jose Sharks, 3-1, in Game 6 of the Stanley Cup Finals to secure a fourth championship. 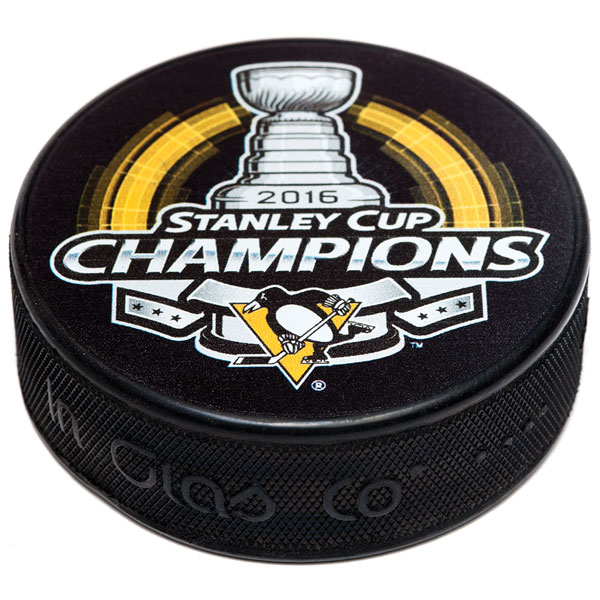 Oct. 13, 2016  The Penguins begin their 50th anniversary season with a 3-2 victory over the Washington Capitals.

This article appears in the January 2017 issue of Pittsburgh Magazine.
Categories: Penguins