Time-Travel Drinking: Why We Need an '80s Bar

The case for an establishment where one can dine and drink while truly believing it's 1987. 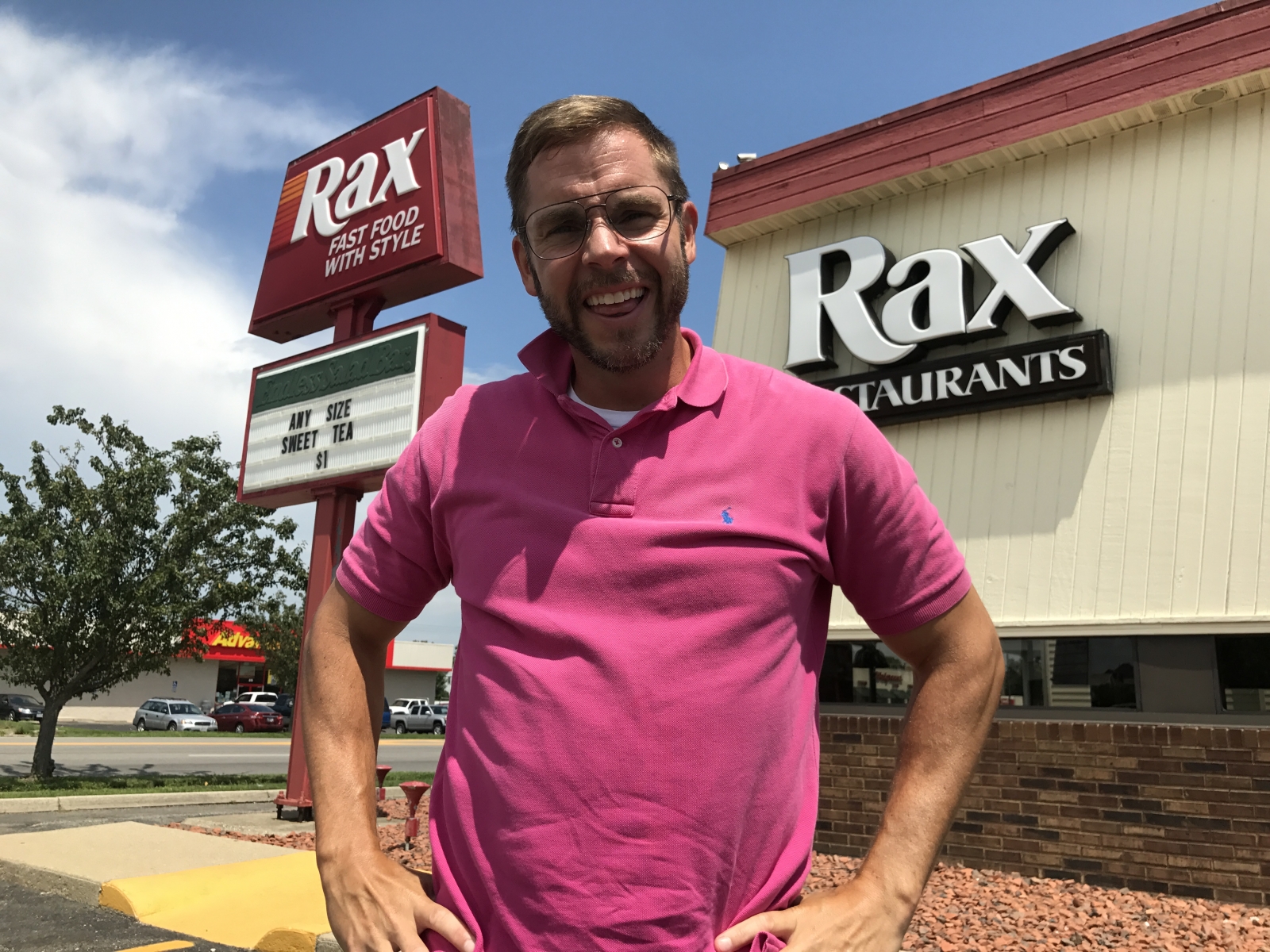 In an episode posted earlier this month, Pittsburgh Dad — that quiet, yet laser-focused voice of the Steel City — took the family to a Rax Roast Beef location.

That’s quite a drive in 2017. According to Wikipedia (which now makes reference to the “Pittsburgh Dad” episode on the Rax page), the fast-food chain once boasted more than 500 locations; today, there are 8. The nearest — where “Pittsburgh Dad” star Curt Wootton and director Chris Preksta traveled to film the episode — is in Lancaster, Ohio, a three-hour drive from Downtown.

Yet it’s no surprise that Dad carries a torch for the ailing chain; one of the series’ longest episodes, after all, was about a trip back in time to visit Hills’ Department Store. (The episode inspired a candle, which I hear sold quite well.) Pittsburghers seem particularly focused on the establishments, characters and ephemera of the 1980s — particularly those that can’t be found anymore.

Rax, Hills, Phar-Mor, National Record Mart, a rookie Lemieux and Donnie Iris’s biggest radio hits. Mention any to Pittsburghers of a certain age and they’ll wax nostalgic, likely relating a tale that includes one or more Isaly’s chipped-chopped ham sandwiches and a trip to the Civic Arena to see Iron Maiden and Judas Priest. Perhaps it is because we felt comfortable sporting mullets and sleeveless shirts; perhaps it’s the continued prominence of classic-rock radio; perhaps it is simply because the 1980s were the last time a thing (fast-food, band, beer variety, fashion statement) could be phenomenally unremarkable and still very, very popular.

Whatever the reason, there are a great many Pittsburghers who would love to revisit the neon decade — not for new wave and mall arcades, but simply for low prices, rock-and-roll and a lack of local pretension.

Now, here’s what I do NOT mean when I say that: We do not need a(nother) bar that crafts a $12 vodka-and-grenadine cocktail and names it “Pretty in Pink,” puts a screenprint of Corey Feldman above the entryway and keeps the soundtrack on the Sirius XM Yacht Rock station.

We need a bar where, upon sitting down, it is only vaguely identifiable that time has marched past about 1987. The beers on draft, for better or for worse (OK, for worse), shall be those available at local watering holes in that era; the menu will offer roast-beef and chipped-ham sandwiches, mountains of fries and robust hot dogs; the carefully curated playlist will start with Motley Crue and work outward from there (but steadfastly cease before the advent of grunge).

Cell phones? Sure, you can bring them in. I’m not looking to go broke. But Mondays are device-free night. We’ll have little lockers by the door. You want to communicate with the 21st century, you can take it outside.

There shall be televisions, to be sure. And because we’re not monsters, they will be modern, high-definition televisions. But we will encase those televisions inside the skeletons of decaying, rear-projection big-screens. (I mean, we can’t throw those away, we might as well get some use out of them.) On those televisions, we will show local sporting events, because this is still Pittsburgh; we will not, however, show out-of-town contests other than nationally televised playoff games, because if you want to know what the Padres or the Whalers did for some reason, you can read about that in the paper tomorrow. When there’s not a game on, the television will show period-appropriate sitcoms, music videos and professional wrestling.

Now, price is tricky; on the one hand, charging more than pocket change for a beer and more than a couple of bucks for food will really break the spell. I’d say that pricing should be relatively contemporary, but a few select items should be convincingly cheap to appease sticklers; if Howler’s can sell Pabst for $2 and Nied’s Tavern can sell jumbo on a roll for $4.40, our joint can too.

Can I actually get this done? No, of course not. I know nothing about running a business. I’m just saying that someone should. And I’ll sell them the rights to this intellectual property for $12, two Styx cassettes and a couple cases of Tab.

Now, we just need a name.