Get to know the young creatives behind RAW:natural born artists, an independent arts organization, for artists, by artists. 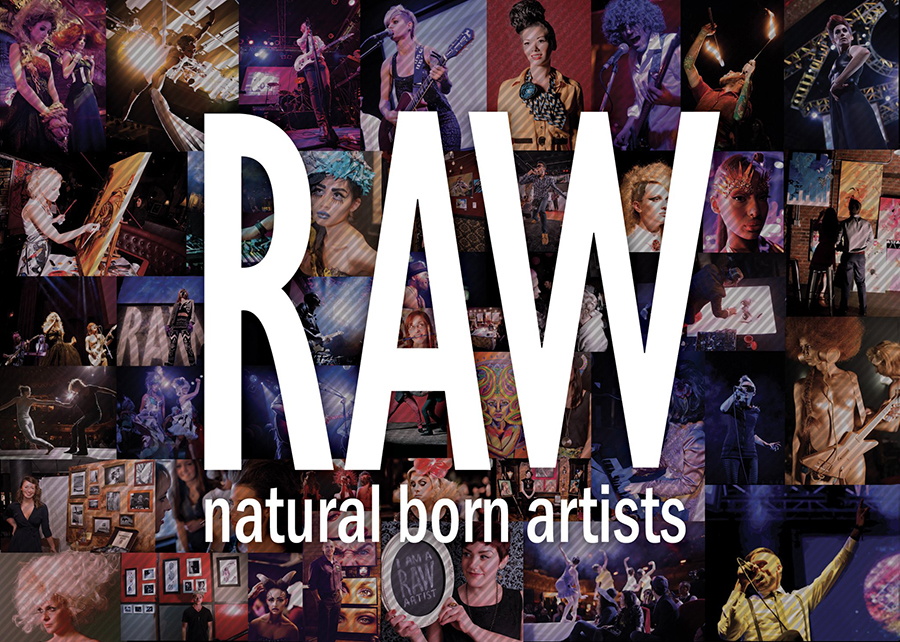 Thursday Night RAW
The folks at ultra-chic RAW:natural born artists describe themselves as “an independent arts organization, for artists, by artists.” To creative types looking for a jump-start, that means a group that can get their early work in front of influential and appreciative eyes. To you, that means “Generation,” one sweet party. 26 hand-picked young ’Burgh artists will put together an evening of film, fashion, photography and more, hosted by local hip-hop legend Knowledge Build. DJ madtombrown will trade off with sets from Universal Beat Union and Stranded Aliens, and live performance pieces and a curated gallery will give you plenty to stare at. So put on something you’re quite fond of — fashionable cocktail attire, please — and head to Cavo for a glimpse at the city’s creative future.

Steak, cigars and horses
Okay, who wants to party like The Chief? It’s not as hard as you’d think. All you really need for a Rooney-esque evening is cigars, steak and horses — and not necessarily in that order. In this week’s edition of After Dark, we’ll return to the Meadows Racetrack and Casino to investigate harness racing, trackside dining, cheap cocktails and improved parking — including a step-by-step guide on just how to take an evening that’d make Art proud. Never too early for a Mint Julep, right? Get the full story in After Dark!

Out of the history books
It makes sense that one of writer/director/producer George Stevens, Jr.’s many accolades is the Paul Selvin Award for civil rights and liberties writing. After all, he masterminded two movies based on Thurgood Marshall. Separate But Equal (1991) and Thurgood (2011) both drive the point home: Justice Marshall crossed boundaries in the civil rights era as the first African-American Supreme Court Justice. This month — presented as part of the Pittsburgh Public Theater’s MADE IN AMERICA season and directed by Ted Pappas — Broadway performer and Pittsburgh native Montae Russell will perform the one-man stage version of Thurgood at the O’Reilly Theater. Don’t miss Russell’s tour de force performance, as he single-handedly represents the life of one of America’s greatest heroes.

In Theaters: One of the first cinema juggernauts of 2013 arrives this weekend as Oz: The Great and Powerful, starring James Franco, Michelle Williams and Mila Kunis, hits theaters. PM Film Editor Sean Collier will be on the 102.5 WDVE Morning Show Friday at 7:15 a.m. to review Oz; he’s skeptical about expanding a franchise that last produced a good flick about 75 years ago, but he does trust director Sam Raimi. Tune in to 102.5-FM or DVE.com for Sean’s reviews!

Tonight, Americana greats the Steel Wheels take the stage in the “Roots Cellar” of Shadyside’s Pittsburgh Center for the Arts at 7:30 p.m., presented by Calliope: The Pittsburgh Folk Music Society. Click here for tickets and information.

The seventh annual Jewish Community Center Big Night: Time of Our Lives fundraiser is this Saturday at 7:30 p.m. This '80s-themed bash benefits JCC scholarships, childcare and afterschool programming, as well as programs for those with special needs and the elderly. Click here for more information.