Thrive: This Will Put Some Punch in Your Workout

Get a taste of boxing and a full-body workout with Crunch N Punch. 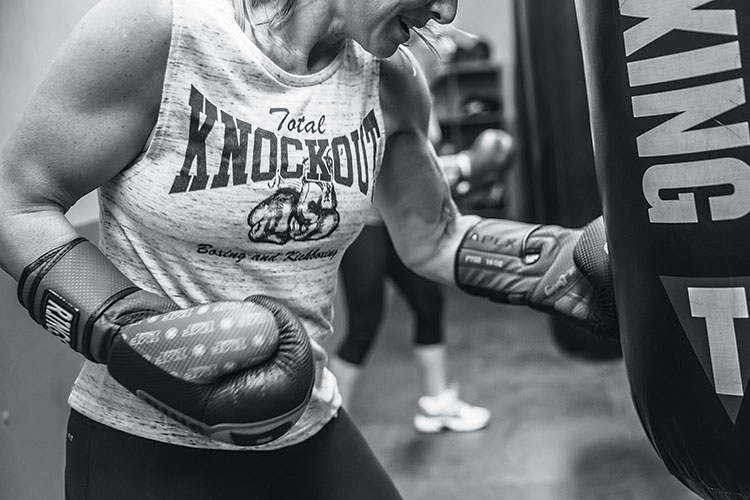 You’ve done it. You’re here. The time is now …” reads a banner hanging in the Greentree SportsPlex. “Now go punch something.”

The invitation to pummel the living daylights out of something has proved so irresistible that there’s a waitlist for this session of the Crunch N Punch cardio boxing class at Warriors Fitness.

“It gives people a little taste of boxing while still being a full body workout,” says Anthony Colonna, owner and Pittsburgh Fight Club alum, as he hands me two army-green Ringside hand wraps.

Ready to channel my inner Rocky Balboa, I’m joined by 12 ladies of various ages and body types; Colonna explains that the group includes everyone from first-timers to a woman who has been boxing for years.

Our circuit will include 12 drills lasting three minutes each, with a 60-second break in between. The drills are outlined using numeric code — 1,2…1, 1, 2…1, 1, 2, 3, 6 — notated on round cards that hang behind heavy bags flanking the walls.

As a courtesy to the newbies, he patiently explains the drill for each station, which also includes a life-sized dummy — a “Body Opponent Bag,” Colonna says. BOB usually bears the brunt of everyone’s stressed-out existence and has inspired requests for an “Ex Day” in which participants pin BOB’s rubbery body with a photo of their former lovers.

“Out of everything, people like to punch him the most,” Colonna says.

With everyone up to speed, it’s time for this 48-minute class to begin. Gloves on, each of us takes a station and waits for a digital whistle to blow from an iPad.

“Is this a hardcore workout?” I ask a middle-aged woman as she goes to town on a speedbag.

“Oh yeah,” she says, smiling and pounding away.

Soon, we’re all going at it, although I’m wondering if anyone else’s shoulders are burning 15 seconds in. I glance over at the door, from which a reassuring air quote is hanging: “I survived.”

Uppercuts, hooks, Russian twists, rows-squat-jump, side-to-side squat jump, double end bags, resistance-band presses … by the time I get to BOB, my shoulders have rubberized. The fatigue pales in comparison, however, to the sheer joy that comes from clocking him in the jaw with a right hook.

“On a scale from one-to-I-can’t-move-tomorrow, what am I looking at?” I huff.

“No more than a six or seven,” Colonna smiles. “You’ll survive.”

Verdict: Amazing. Prepare to sweat this one out, feeling noticeably stronger and tighter in the core/upper body. 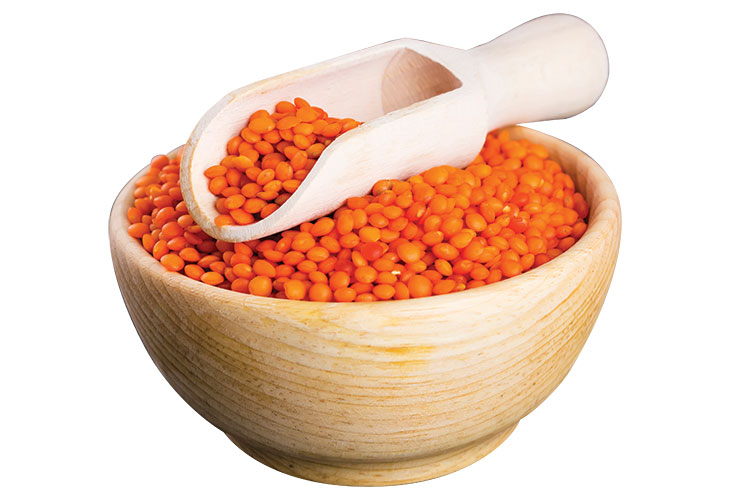 Pulses
Pulses — dry peas, lentils, chickpeas and beans — are versatile, easy to prepare and play a key role in weight management as well as vegetarian and gluten-free diets, says Caroline Passerrello, a spokesperson for the Academy of Nutrition and Dietetics. Incorporate pulses into your meals by adding chickpeas to your salad, baking black bean ‘brownies,’ making lentil burgers or purchasing pastas made from pulse flour.

This article appears in the March 2017 issue of Pittsburgh Magazine.
Categories: Top Doctors