Hip-hop from the '90s, alternative from the '00s, hits from the '10s and sounds from the future will all be on the bill this weekend in Hazelwood. 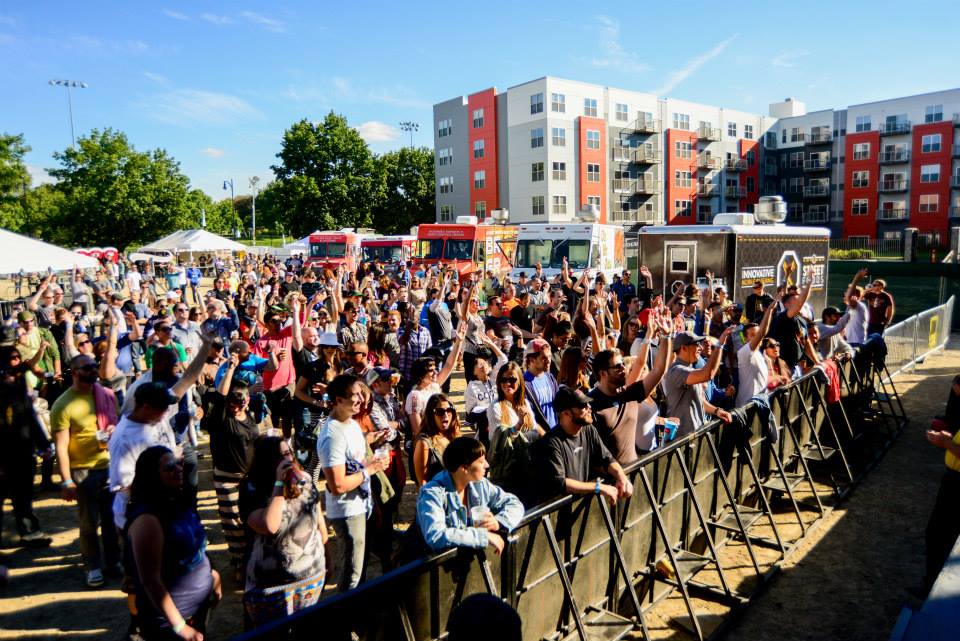 Multi-day music festivals — once a generation-defining rarity, now an industry comprised of hundreds of annual events — long ago abandoned the urge to cater to only one genre of music. You’ll find rock, hip-hop, folk, pop and more at any festival worth attending, and you’ll probably find DJs and stand-up comedy on ancillary stages.

(You are generally much more likely to find bands that don’t seem to have any identifiable genre, because this is 2015. When you tell a friend about a new band that you like, be prepared for that friend to ask, “Oh, what do they sound like?” You will have no answer.)

It’s more likely, then, that a major music festival will book acts that seem, unquantifiably, like they belong together, regardless of genre. When Kendrick Lamar, Florence and the Machine and Mumford and Sons headline Bonnaroo, it seems appropriate, even if those artists have nothing at all to do with one another.

In contrast: the concert portion of the still-growing Thrival Innovation and Music Festival, set for its third year of music this weekend. These bands do not seem to go together, at all.

Perhaps the innovative part. It’s clear that the folks at Thrill Mill sought to book a diverse lineup and chased the best acts they could draw together — and they didn’t care if that artists’ peak came in 1995, 2005 or 2015. More importantly, the Thrival lineup resists the urge to cater solely to the ultra-hip Pitchfork set; the headliners for Thrival 2015 all boast significant fanbases, and many of those followers will not necessarily overlap from one act to the next.

Which is a much better way to introduce the crowds in Hazelwood to new music than only booking artists they already know.

Take a look at the headliners scheduled for tomorrow night. Songwriter Andrew McMahon will bring his new-ish indie-pop act Andrew McMahon in the Wilderness to Thrival; while their music is very much a product of the 2010s, McMahon is not. He’s been coming to Pittsburgh for years as the frontman of pop-punk tearjerkers Something Corporate and his previous solo endeavor Jack’s Mannequin; in short, this is a guy who has been making millennials feel their feelings for an awfully long time.

Then, the festival pivots. Modern hip-hop titan Wale has sent his two most recent albums, 2013’s “The Gifted” and this year’s “The Album About Nothing” — the latter of which includes the single “Matrimony,” which will definitely go down in history as the only hit to feature guest appearances from both Usher and Jerry Seinfeld — to the top of the Billboard album charts.

And then, in just as dramatic a shift, Friday’s show will be headlined by Panic! At the Disco. The mainstream alternative act’s moment is now a decade in the past, as subsequent albums haven’t hit nearly as big as 2005’s platinum-selling “A Fever You Can’t Sweat Out.” But resist the urge to scoff; any act that packs venues like Panic! At the Disco can knows how to handle a headlining spot on a festival stage.

Saturday’s trio of headliners may be even more of an odd collection than Friday’s. Canadian chanteuse and songwriter Lights creates hits with a pleasing indie/electronic sheen — but her melodies wouldn’t be out-of-place in the most mainstream of pop hits. And I’m betting she’ll have a chart-topper in the very near future; expect Lights to be a Top 40 fixture sooner rather than later.

After Lights, what many will consider to be the main event: emcees Raekwon and Ghostface Killah, two members of the legendary Wu-Tang Clan, will take the stage as a duo. The discography of both rappers would warrant a headlining set; the tantalizing prospect of a setlist drawing from classic albums such as Raekwon’s “Only Built 4 Cuban Linx …” and Ghostface’s “Ironman” as well as Wu-Tang favorites is irresistible to hip-hop fans.

Finally, the festival will be capped off by Atlanta-based indie rockers Manchester Orchestra. In 2014, the band simultaneously reached a new album, the heavier-than-average “Cope,” and an acoustic reworking of the same material, “Hope.” “Cope” flirted with the upper region of the Billboard album charts, but the true gem might be its sister album; far from slapdash recordings of the same songs, this is a distinct and thoughtful take on the same material.