The co-founder of a nonprofit that serves food to the hungry in Pittsburgh, Boone has been volunteering for the last 30 years. 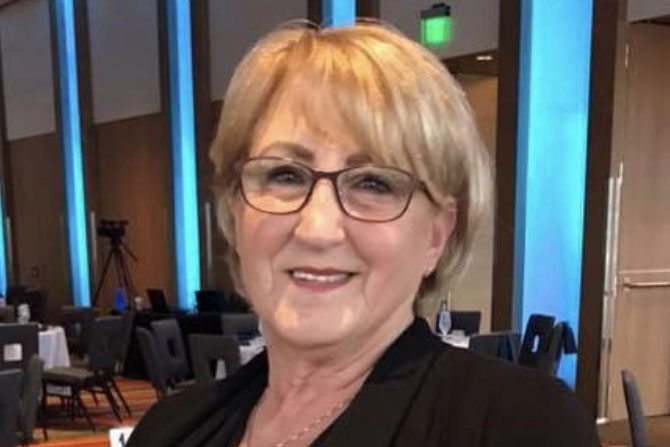 Once a week for the last five years, Sharon Boone has hit the streets to provide meals for those in need.

The 67-year-old and her son are the co-founders of Outreached Arms, a nonprofit organization that feeds the hungry. What originally started in 2010 as a food line for 50 people quickly grew in 2015, when a local pastor invited her to serve meals inside the First Presbyterian Church of Pittsburgh.

Today, Outreached Arms serves approximately 150 guests in that church every Tuesday night, as well as provides meals to those on the streets, under bridges and in homeless camps in the city.

“We feel that everyone should have access to basic necessities — food, shelter, love and respect,” Boone, a resident of Cranberry Township, says.

Although Outreached Arms has been serving for nearly ten years, Boone has been a volunteer for the last 30. In addition to her own organization, she volunteers with VOICE Women’s Shelter by hand-making blankets for children and has worked with Genesis Pregnancy Center, Three Rivers Youth, The Education Partnership and The Homeless Children’s Education Fund in the past.

Her work has not gone without notice. In 2018, KDKA Radio’s Larry Richert chose her as one of his Hometown Heroes. That same year, she received a Humanitarian Award from the Northside Commons Ministry.

To Boone, some of the best parts of volunteering are helping people secure jobs, continue education and find housing, and knowing that what she is doing is making a difference.

“I think as a society, we all should give back,” Boone says. “As a Christian, we are called to serve. So many times our volunteers tell us they signed up thinking they hoped to make a small difference in someone’s life, when in fact they were the ones leaving changed.”

This article appears in the May 2019 issue of Pittsburgh Magazine.
Categories: Three Rivers Champion