Perry combined his love for athletics and volunteerism to create a youth athletic association that at its height provided organized softball and baseball to more than 350 boys and girls. 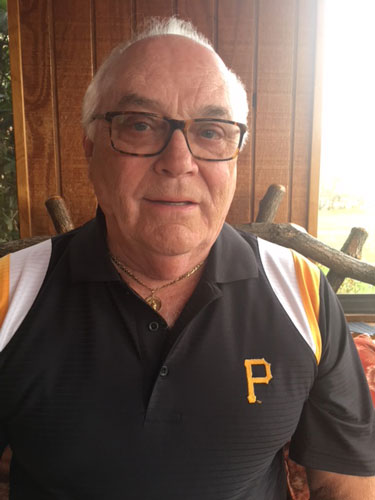 For most of his 76 years, James S. Perry has been involved in athletics.

While growing up in Morningside, Perry was lucky enough to play organized sports with his friends and neighbors. When he moved to Chalfant Borough as an adult in 1972, he realized those kids there weren’t as lucky.

To solve the problem, Perry combined his love for athletics and volunteerism to create a youth athletic association that at its height provided organized softball and baseball to more than 350 boys and girls.

After 25 years of running the Chalfant Athletic Association and countless hours of volunteering his time, Perry gave up the reins in the early ‘90s when his own kids were grown and gone. His athletic legacy lives on through the association which continues to this day.

“Men and women come up to me and thank me for the time I’ve given and for what they experienced when they were younger,” he says.

These days, Perry has taken on a different role — for the last eight years, he has served as the Mayor of Chalfant Borough and was reelected last year to another four-year term.

If there is an undertaking in his community, Perry wants to be involved. As mayor, he developed and is active in a crime watch program, helped to salvage steps built by the Works Progress Administration in the 1930s into a historic landmark and still finds time to work seasonally at PNC Park as the lead supervisor of event staff and spend time with his family.

“I feel like we’re all here on this earth to do one thing — make it a better place for those who follow,” he says. “I have 12 grandkids, and a concern of mine is that they understand and realize that things like this are important.”