Taliaferro has turned volunteering into her career. 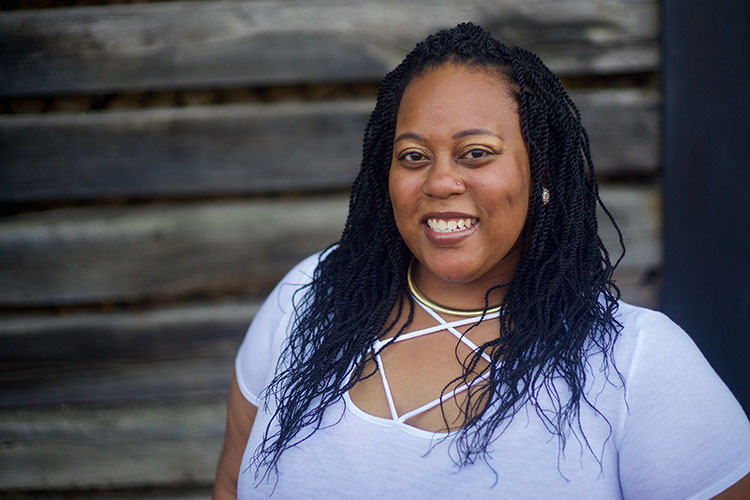 Devon Taliaferro has always found herself in volunteer opportunities, but for the past few years, she’s made it her career.

“I’ve always been the type of person that found myself where I can fill in the gaps,” she says.

During her first foray into the nonprofit world in 2015, Taliaferro apprenticed at Amachi Pittsburgh as an AmeriCorps member. She was hired there the following year, providing event coordinating and helping facilitate family programming, including overnight retreats and youth sessions centered on positive decisions and healthy life choices.

“I was also matched with two teen girls in the mentoring program, which brought me great joy and opportunity to make an impact on the lives of these young women,” Taliaferro says.

In 2017, Taliaferro accepted a new position with Big Brothers Big Sisters of Greater Pittsburgh. There she led mentoring programs and worked on community outreach efforts to bring new volunteers into their programs and help families benefit from their services.

She also became a leader of school-based programs at Pittsburgh Public Schools and the North Allegheny School District, supporting mentors and coaching them through challenges and difficulties in their match relationships.

She found another calling during her time in the schools — this year, Taliaferro ran for the Pittsburgh Public School Board. “I was able to draw from [my] experience and know the type of member I aspire to be is engaging and interacting,” she says.

Taliaferro was nominated on the Democratic ticket and faces a general election in the fall. For now, she’s focusing on her goal of getting people registered to vote. She also serves as president of a non-profit board for Get Involved! Inc., as volunteer course coordinator for the Dick’s Sporting Goods Pittsburgh Marathon and started a new role as community engagement coordinator at The Midwife Center in July.

To other volunteers, Taliaferro says that giving back is a sacrificial effort that leads to humility and gratitude.

“Donating your time to whatever cause is a selfless act,” she says. “It’s no longer about you, but in the end you reap so much from the opportunity.”