A self-proclaimed “loudmouth,” Springer says her favorite part of volunteering is meeting other people and persuading them to do what she wants them to do. 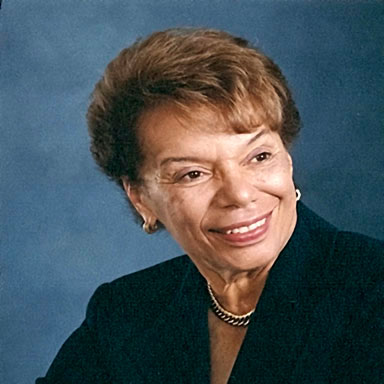 Cecile Springer moved to Pittsburgh from Brooklyn in 1959 and has been working to make the city a better place ever since.

For the 58 years that she’s lived here, Springer has volunteered for a number of organizations and has remained active in the community even after she retired from Westinghouse Electric Co., where she was the president of the Westinghouse Foundation.

Springer volunteers with the Race and Reconciliation Dialogue Group at St. Paul Cathedral in Oakland and the League of Women Voters, and is a former member of the board at Penn State University, Carlow University and Slippery Rock University. She became the president of the alumni association at Pitt in 1990, growing the organization nationally and internationally. She also served as chair of The Women and Girls Foundation of Southwest Pennsylvania, a foundation she helped found, and has been on the board of City Theatre and Pittsburgh Dance Council.

Springer notably volunteered with The Midwife Center on a successful capital campaign and worked on a plan that included communications and expansion of services to ensure that women, particularly those needing financial support, knew about the center.

“Word got out that this was an excellent service for women — not only those who are pregnant, but also for women’s health support,” she says.

A self-proclaimed “loudmouth,” Springer says her favorite part of volunteering is meeting other people and persuading them to do what she wants them to do.

“If you’re convinced what you’re doing is right, you can get other people to see your point of view and join you,” she says.

For her volunteer efforts, Springer was awarded the Racial Justice Award from the YWCA of Greater Pittsburgh and the Legacy Laureate of the University of Pittsburgh, the highest award given to an alumna that recognizes leadership and volunteerism.

“You have to take time to see that issues you find important are solved,” Springer says, adding that can take time, effort and money, and that she’s willing to contribute all three.

While it may seem that Springer has done it all, she says the one thing she hasn’t done is run for public office — it would give her less time to play golf, one of her favorite things to do.

“I’d rather support others to do that,” she says.

If you know someone who should be recognized for their volunteerism, please nominate them at pittsburghmagazine.com/Three-Rivers-Champions.