Three Pittsburgh Heavyweights to Team Up on Data Mining

With backing from UPMC, scientists at Carnegie Mellon University and the University of Pittsburgh on Monday announced a three-way collaboration to use the digital data to revolutionize health care. 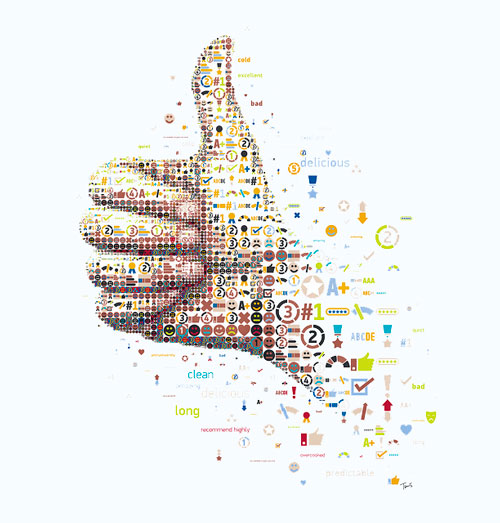 CARNEGIE MELLON, PITT, UPMC TEAM UP ON DATA MINING
Technology and health care have inevitably intertwined, resulting in massive sets of personal data being stored electronically. With backing from UPMC, scientists at Carnegie Mellon University and the University of Pittsburgh on Monday announced a three-way collaboration to use the digital data to revolutionize health care. The result is the Pittsburgh Health Data Alliance, which aims to create new technology, products and services to improve the overall experience of health care — from disease treatment and prevention to patient diagnosis and engagement in treatment. UPMC will provide $10 million to $20 million in funding in each of the next six years for new research centers at Carnegie Mellon and Pitt; the centers also will benefit from existing research grants totaling several hundred million dollars at the three institutions, Carnegie Mellon said in a statement.

With Carnegie Mellon’s focus on computer science, Pitt’s health sciences research and UPMC’s expertise in health care, CMU President Subra Suresh says he sees great potential in the alliance. “The complementary strengths of the alliance’s partner institutions will allow us to re-imagine health care for millions of people in our shared, data-driven world,” Suresh says. “Through this collaboration, we will move more rapidly to immediate prevention and remediation, further accelerate the development of evidence-based medicine, and augment disease-centered models with patient-centered models of care.”

UPMC Enterprises could turn the results of the research from the two research and development centers (the Center for Machine Learning and Health and the Center for Commercial Applications of Healthcare Data) into for-profit companies and jobs.
(photo via Flickr Creative Commons)

PENN STATE GRAD MAKING INTERNATIONAL IMPACT
Before he graduated from Penn State University in May 2014, Advait Kumar was making waves on an international stage. Kumar, an electrical engineering alumnus, was still in school when he created Swajal, a solar water-purification system, in response to a United Nations call for advancements in clean energy in 2011. The Swajal kiosks use nine purification stages to decontaminate water from the ground and make it drinkable in a bottle, Kumar said in a story by the university. The issue of contaminated water hits close to home for Kumar, a native of Kanpur, India, a densely populated city that runs along the revered yet polluted Ganges River. So far, Kumar has had the vending machine-esque Swajal kiosks installed in four states in India.

NEW CHAIR NAMED FOR PITT DEPARTMENT OF MEDICINE
Mark T. Gladwin, M.D., was named the chair of the Department of Medicine at the University of Pittsburgh's School of Medicine on March 6, a decision that affects the one of the largest clinical and research departments in the country. Gladwin replaces John Reilly, M.D., the new dean of the medical school at the University of Colorado, but he is no stranger to the department, having served as the chair of Pitt’s Pulmonary, Allergy and Critical Care Medicine division the past six years. In a statement, Gladwin said he is honored to hold the new position, and he has an ambitious outlook to prove it. “Our work and success will enhance our regional economy, with science and medicine bringing National Institutes of Health grants to the community and attracting new businesses and industry partnerships that will take our exciting discoveries to the patient at the bedside and the clinic,” he said.

This article appears in the March 2015 issue of Great Minds.
Categories: Great Minds