Three family-oriented brides share why they chose to hold their wedding ceremonies in the same churches where their parents were wed.

It’s not odd for brides and grooms to reuse mementos from their parents’ weddings during their own ceremonies. Some, though, take it a step further and get married in the same churches as their parents to keep their legacies present on the big day. 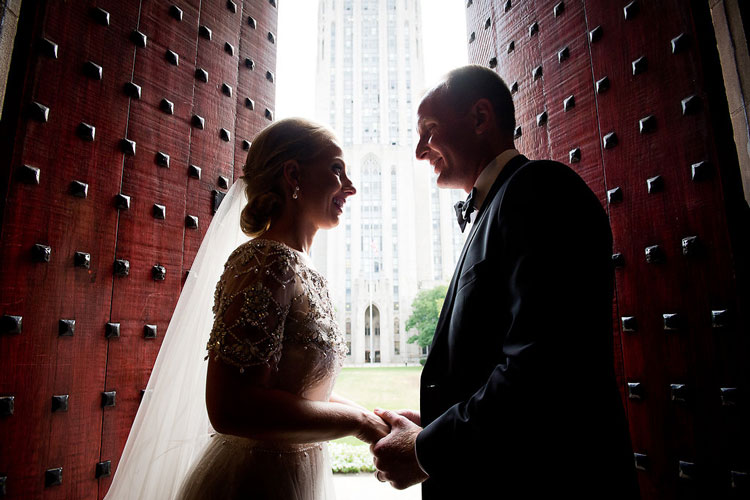 Emily Urda and Christopher Radke wanted to show their guests the best of the ‘Burgh, starting with a ceremony on Sept. 17 at the popular wedding site Heinz Memorial Chapel, where the bride’s parents were also married.

“My husband and I have always been very close to my parents and my family, so it was just like a nice testament to them and everything they’ve done for us,” Emily says. 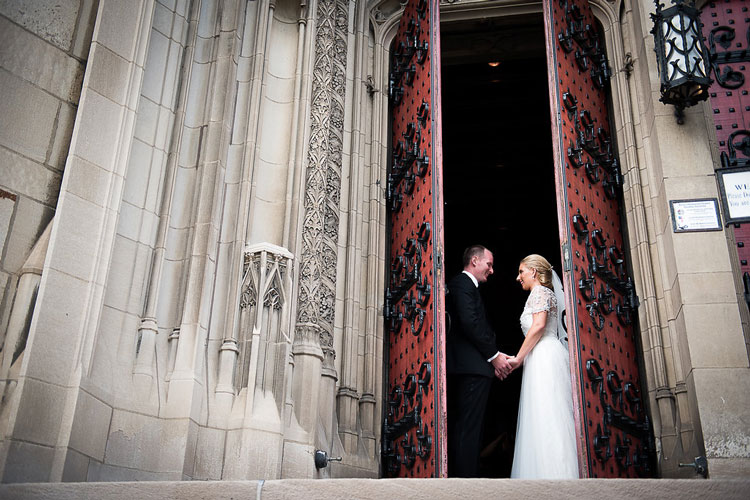 The couple further connected their wedding to Emily’s parents’ by recreating their photos inside of the chapel’s famous red doors. ”We came out of the church and we were taking cute pictures before getting on the trolley to go to our reception, and my mom kind of just yelled, ‘Well we did this!’” Emily says.

Their New York-based photographer had never taken pictures at the chapel and was unaware of the popularity of the doors, but he was a good sport about taking the backseat so that Emily’s mother could find the perfect shot. “My mom was putting us in position,” Emily says. “It was kind of funny. [Our photographer] was like, ‘Do whatever you want.’” 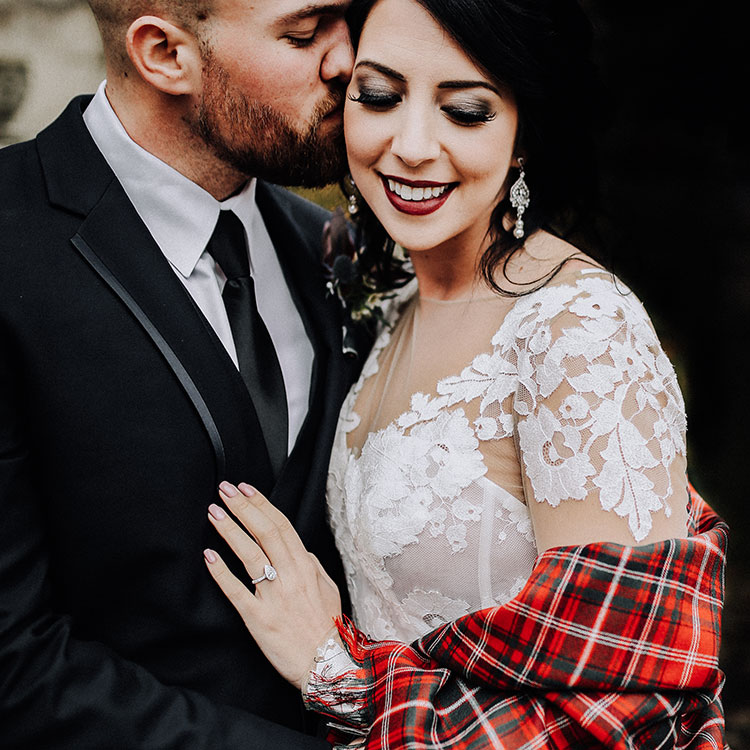 Straight Out of Scotland

Mackenzie McDowell grew up with the sound of bagpipes ringing in her ears. Between Sunday masses at her Presbyterian church and trips to the Highland Games with her father, she couldn’t escape it. When the time came for her to plan her wedding to Buck Gnagey, she didn’t want to.

Mackenzie’s father passed away about a year and a half before the wedding on Nov. 19, so the couple wanted to make sure their wedding day included as much of him and his Scottish heritage as they could. They chose to hold the ceremony at Church of the Covenant in Washington, Pa., the same church where Mackenzie was baptized and her parents wed.

“We ended up going with our church specifically because my parents had gotten married there, but mainly, the thing that kind of drew me in was that the bagpipes are really big in the Presbyterian church,” Mackenzie says. 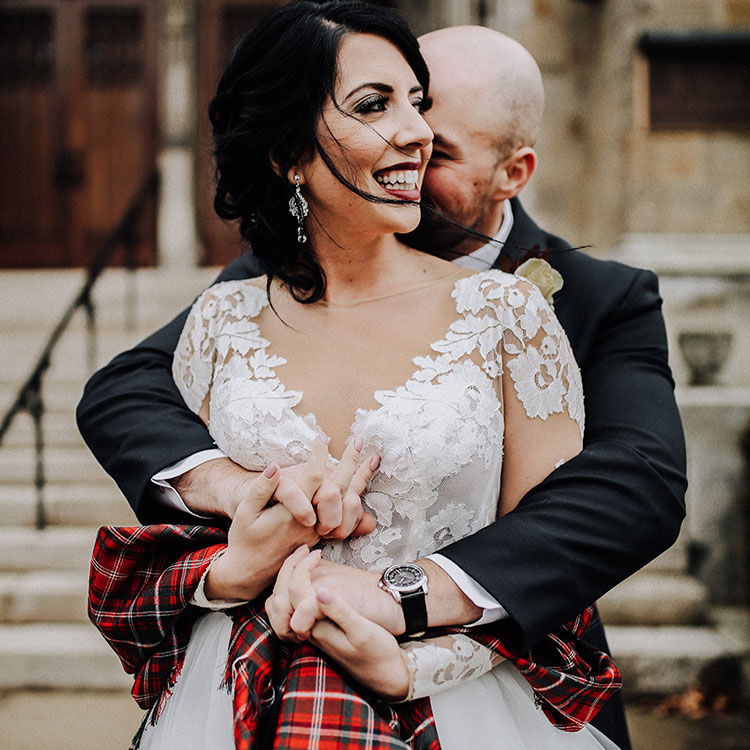 The couple considered other venues for the ceremony, but how they were going to include all of the Scottish elements was a concern.

“We’re not quite sure how [bagpipes] would have panned out at a hotel in Pittsburgh,” Mackenzie says.

When the bride walked down the church aisle to the sound of bagpipes, with her flowers wrapped in tartans from her family’s Scottish clans, it felt like everything came together.

“I felt like I could feel the presence of him being there a little bit more with all of the things that reminded me of him,” she says. 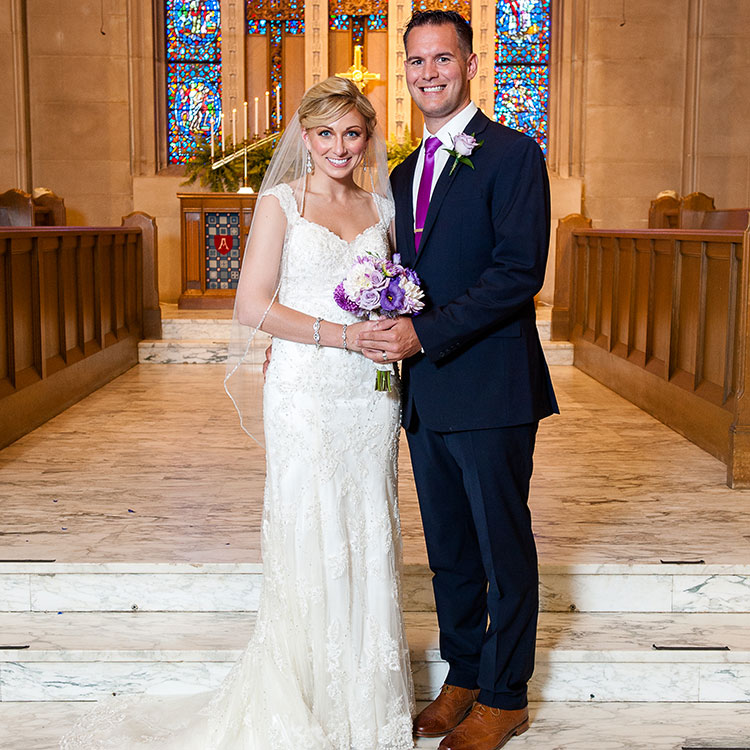 Although some couples start a family tradition when they marry in the same location as their parents, Stephanie Caruso and Brad Borghetti were simply another step in a long line of weddings in Mt. Lebanon United Methodist Church.

Stephanie’s parents, grandparents, aunts and uncles all were wed in the same church, and on Sept. 24, the couple were more than happy to add themselves to the number of happy couples who took their vows there.

“All of those marriages are strong and have stood the test of time and are marriages we look up to — especially my grandparents’ — so we loved the idea of being the next chapter in the story,” Stephanie says. 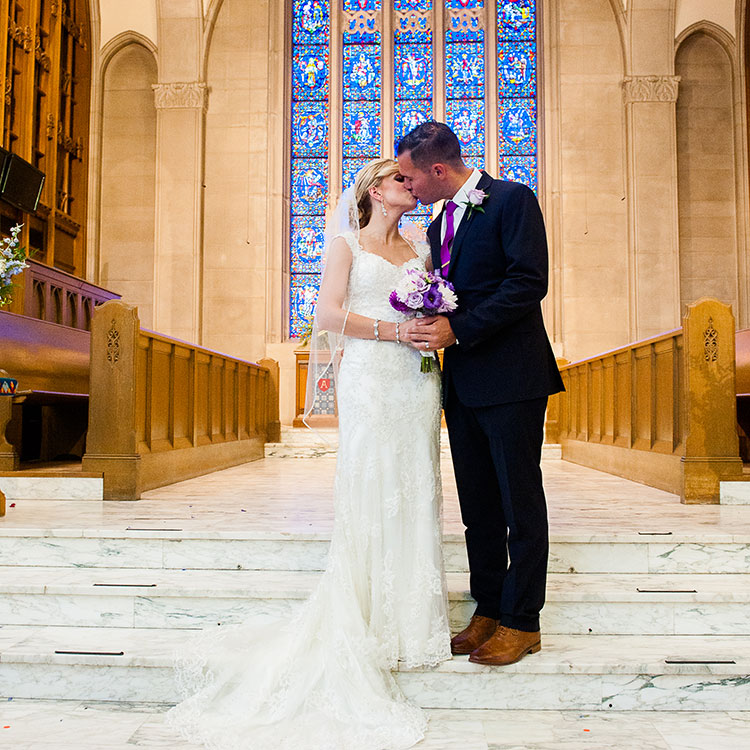 The couple made new memories with some of the same people, including the same organist who performed at Stephanie’s parents’ wedding and a wedding coordinator who worked at the church since before her parents’ wed.

Emily says although the reception seems to be the focus of the wedding for some couples, she and Brad placed the most importance on the ceremony and being surrounded by family. “Family is really important to both of us, so being able to get married in Mt. Lebanon United Methodist made the day perfect,” she says.