Immerse yourself in the full-body experience of this beloved cult-classic. 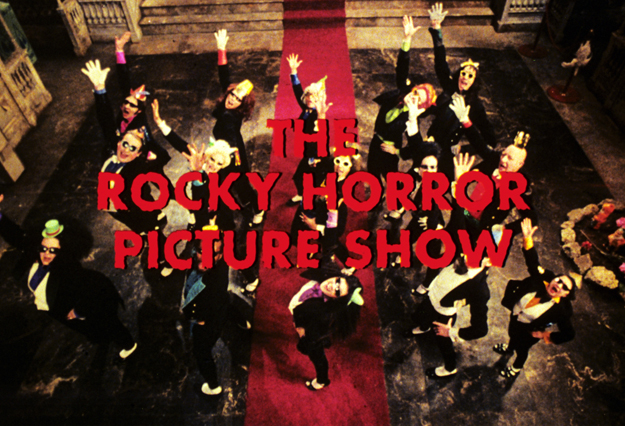 As a recovering Rocky Horror Picture Show addict, it’s difficult for me to talk to you about that particular cult phenomenon without risking relapse. And I’ve finally got my sleep schedule back to normal again after a solid year of dancing in front of movie screens at 1:00 a.m., so I’m not looking to fall off the wagon. Nevertheless, it’s a few weeks until Halloween, and so it’s my duty to direct you to this season’s top Rocky Horror destinations.

If you’re unfamiliar with the film and its bizarre following, you’re either under the age of 17 or have been living in one of only a few particularly remote nations for the past four decades. Still, the basics go like this: a largely intoxicated struggling playwright and musician named Richard O’Brien wrote a mostly nonsensical musical parody of ’50s science fiction called The Rocky Horror Show back in the early ’70s. Somehow, this goofy bit of nonsense and surprisingly catchy tunes ended up playing to crowds in London’s West End and Los Angeles. Even more improbably, a movie deal was reached, and in 1975, The Rocky Horror Picture Show was born.

The film—which stars Tim Curry, Susan Sarandon, Meat Loaf, and Barry Bostwick, among others—was a commercial flop upon its release. It seemed destined to be a footnote of film history until theater owners decided to start screening it at midnight, and audiences decided to start attending in various states of altered consciousness (which, it should be noted, are no longer necessary and not really recommended). The late-night crowds loved it, and soon started showing up in costume and shouting vulgar “callbacks” at the screen. Somewhere along the line, particularly dedicated fans began dressing up as the characters and miming the film at the front of the theater (referred to as “shadowcasting”).

And then everybody kept doing it at theaters around the world for nearly forty years.

If you haven’t seen this spectacle, it sounds like the most absurd thing in the world – and it most certainly is. But one way or another, Rocky Horror has become a staggeringly long-lived phenomenon. Consider that, technically speaking, it is still in its original theatrical run. It was released to theaters in 1975, and has been playing nonstop ever since. That makes it the longest-running film of all-time, and it’s also the highest-grossing film never to play on 1,000 screens (the numbers are fuzzy, but it has made somewhere in the neighborhood of $140 million).

What this means today is that you can still be a part of this cult movement in just about every major city in America. Screenings pick up around Halloween, but in many places, including Pittsburgh, you can see Rocky Horror year-round. The local troupe responsible is the Junior Chamber of Commerce Players, who have been around in various incarnations since the late '80s. They’re consistently entertaining, positively fearless, and overflowing with boundless enthusiasm for the absurdity of it all; in short, a must-see group of performers. (And that’s coming from someone who once quit the group over a ridiculous argument involving I-don’t-remember-what.)

The well-traveled JCCP have two more October performances—one this Saturday at the Oaks Theater in Oakmont, and another Oct. 29 at the Hollywood Theater in Dormont. The showing at the Oaks is just about sold out; at press time, less than 50 tickets remain. If you don’t want to risk it (and have more cash on hand), you can check out a production at the Altar Bar (paired with a Rockabilly dance party!) the same night. Altar Bar promises a live band and full cast performing the entire film, rather than a shadowcast.

Many will tell you that you need to go into Rocky Horror armed with the standard bag of props—toast, playing cards, toilet paper, newspaper, and more. Others will demand that you memorize a list of the aforementioned callbacks, endless records of which are available in remote corners of the Internet. Some will insist that you dress up in screen-accurate costume and makeup. Really, though, that will all come later, should you be enamored with the uncanny proceedings.

Just go, sit back and experience the unique brand of entertainment that this thing provides. You won’t really watch the movie, you definitely won’t know what’s going on, and—if you admit that you haven’t been there before, which is something you may well went to lie about—you might be coerced into various ridiculous and partially humiliating acts before the film begins. And that all adds up to just about the most fun you can have in a movie theater. Everyone owes it to themselves to experience Rocky Horror at least once. And probably several dozen more times.