Three Days of Jazz Under the Summer Sun

The festival starts tomorrow night with the JazzLive Crawl. 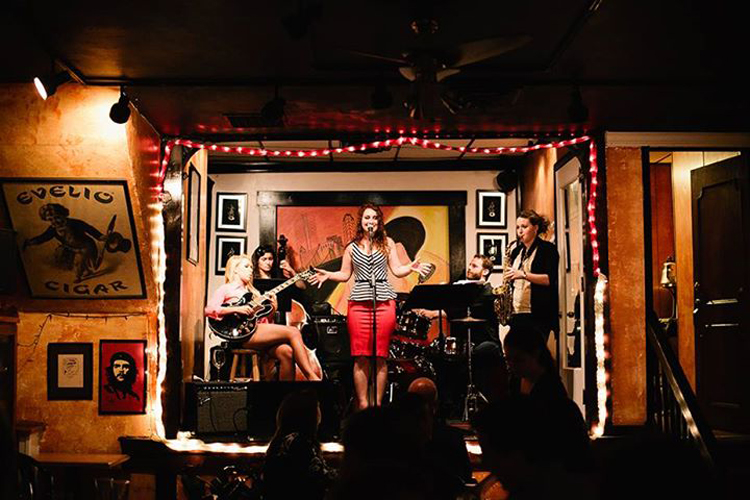 THREE DAYS OF JAZZ UNDER THE SUMMER SUN
Fans of live outdoor music have enjoyed an embarrassment of riches around downtown of late. We’re through the Three Rivers Arts Festival, Pride in the Streets, a number of buzzed-over Stage AE gigs and the first Pirates Fan Jam of the season. According to the calendar, summer hasn’t yet started. This weekend, the Pittsburgh JazzLive International Festival takes over the streets of the Golden Triangle.

Included in the loaded lineup of performers this year: soul-jazz chanteuse Dianne Reeves; genre-hopping collective Snarky Puppy; and salsa legends El Gran Combo de Puerto Rico, brought to the festival in part by ¡Hola Pittsburgh!, which will be working with the Latin American Cultural Union at the concert to present information about the opportunities for Latino workers in the area. The festival starts tomorrow night, when the JazzLive Crawl will saturate more than 15 downtown venues with music.

THE URBAN TAP TALKS A GOOD GAME
When we hear a big, bold claim, we like to investigate. The Urban Tap proclaims itself to be “Saahside’s Finest Gastropub and Drafthouse,” which is i a big, bold claim; after all, there’s plenty of fine fare and brews on that side of the river. With 40-plus beers on tap, an extensive menu and a serious Sunday brunch, though, the joint’s a contender. In this week’s After Dark, PM Online Intern Sam Fatula puts Urban Tap through the Bar Exam. Can this rising Carson Street destination walk the walk? Find out in After Dark!

THIS YEAR, THE URBAN GARDEN PARTY GOES … RURAL?
Put on your cowboy boots and get ready for a real Fandango. The Mattress Factory is holding its annual fundraiser, the Urban Garden Party: Wild West, tomorrow at its North Side museum. The VIP pre-party grants you access to VIP exclusive areas and an extra hour of partying. There’s plenty to enjoy with a general admission ticket — live entertainment, light bites from more than 40 area vendors, an open bar and a silent auction.

IN THEATERS: “Jersey Boys,” the Broadway superhit about Frankie Valli and the Four Seasons that’s criss-crossed the country numerous times since its 2005 premiere, hits the big screen this weekend under the lens of director Clint Eastwood. Elsewhere, the comedy sequel “Think Like a Man Too” arrives on Pittsburgh screens alongside indies “The Rover” and “The Signal.” PM Film Editor Sean Collier will appear on the 102.5 WDVE Morning Show tomorrow at 7:15 a.m. to review “Jersey Boys,” so now he’s had “Big Girls Don’t Cry” stuck in his head all week. Tune into 102.5-FM or DVE.com to hear Sean’s reviews!

“Waiting for Godot” is a theater classic and a must-see even for those those who aren’t quite sure about absurdism. Samuel Beckett’s play finishes a three-week run at PICT Classic Theatre this weekend. —M.B.