‘Those Who Kill’ Star is the Latest Pittsburgh Convert

We chat with James D’Arcy about his new A&E drama, filming in Pittsburgh and his newfound love of the Penguins. 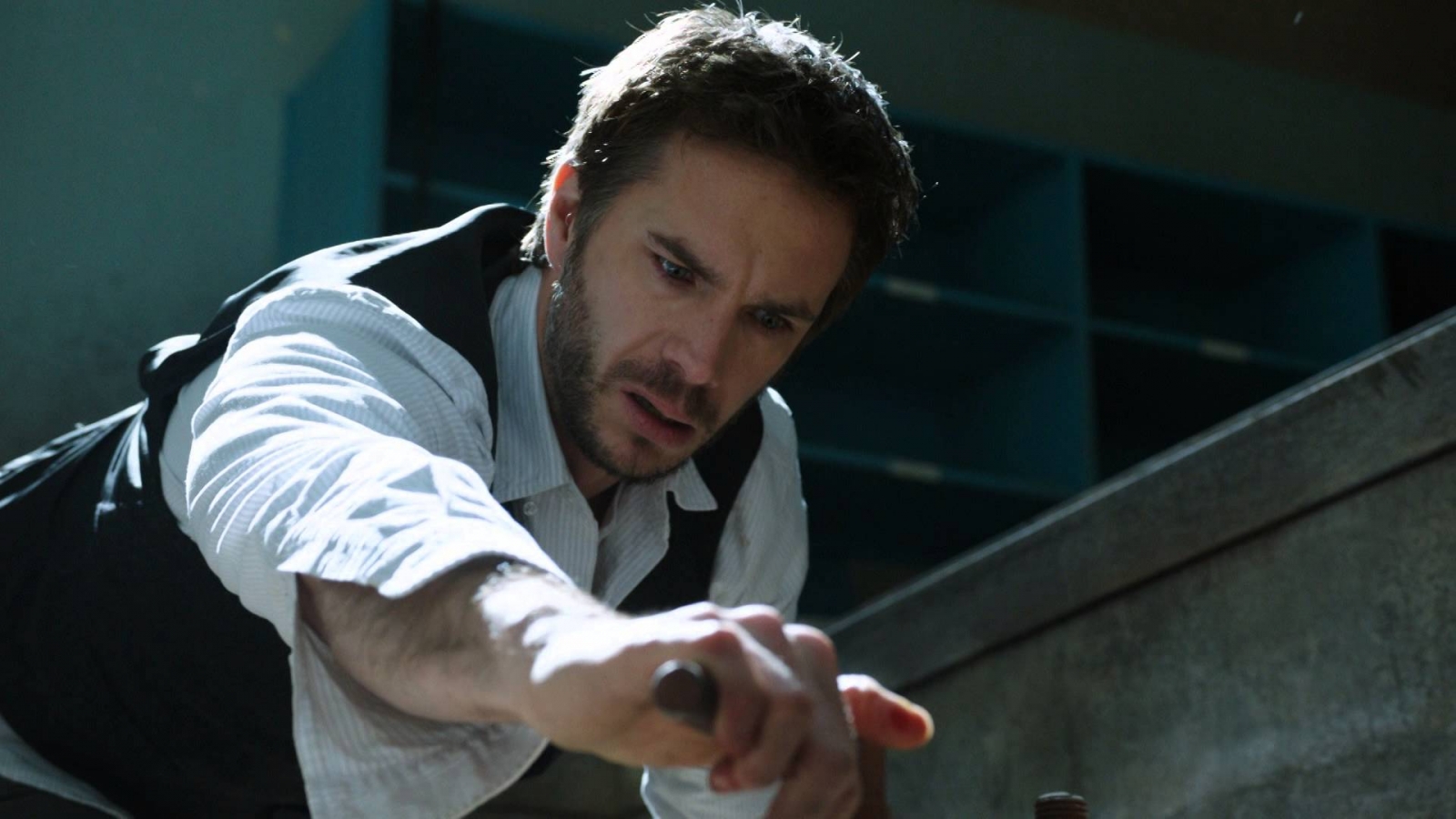 A&E’s ’Burgh-set drama “Those Who Kill” premieres on Monday, when detectives Catherine Jensen (Chloe Sevigny) and Thomas Schaffer (James D’Arcy) will begin tracking a serial killer across the Steel City.

The cast and crew spent a long stretch of 2013 in Pittsburgh and seemed to take a shine to the city, as Sevigny’s local rundown on marieclaire.com last week attested. Her co-star may have taken his immersion a step further, though: We’re happy to report that James D’Arcy is a newfound Penguins fan.

The actor — who also starred in films such as “Hitchcock,” “Cloud Atlas,” “W.E.,” “An American Haunting” and “Master and Commander: The Far Side of the World” — spoke with PM about the new show, his favorite local spots and a famous director.

Forensic psychologists and serial killers have been part of TV drama for a while, but “Those Who Kill” seems like a fresh approach to the subject matter. How is the series different?
I would say that it’s a very powerful and compelling and suspenseful exploration of two pretty flawed characters. The backdrop is: We solve some crimes. But actually, I think that the really exciting part about the show is these two characters who really tread a morally gray line. You don’t know quite how they’re going to react in any given situation, and I don’t know that I’ve seen that on television before. I think that’s pretty unique.

So the week-to-week action of the show isn’t simply a series of cases and killers but more focused on the characters?
Absolutely. It’s 100 percent a character-first show. Chloe’s character is a policewoman, and she has her job to do — but there’s an umbrella story that’s the reason people will come back week-to-week . . . You need to see the whole season. You see her slowly unravel.

Does your character unravel as well?
Chloe[’s character] . . . has a personal situation [and] a reason for finding me. We discover that we’re kindred spirits, very flawed and vulnerable characters. We respond in a slightly abnormal way to any given situation. So we end up having this not-quite psychic relationship. We’re very good at pressing one another’s buttons . . . at the root of it all, we deal with some emotions that affect a lot of people.

How do you feel about traveling to somewhere like Pittsburgh to shoot a series? Do you enjoy getting to know a new city?
I think Pittsburgh is fantastic [for film]. You have everything — from the Squirrel Hill side of town, to then a disused mental asylum that we shot part of the pilot in. It has a real grit to it . . . My real hope is that, in the way that “The Wire” shot Baltimore, “Those Who Kill” really brings Pittsburgh to a new group of people. It’s one of the characters in the show, for sure.

It sounds like you became a fan of the city. Did you enjoy your time here then?
I really became a big Penguins fan. We found some spectacular restaurants — Salt of the Earth was my favorite. Fukuda has absolutely the best sushi in Pittsburgh. I had never seen the fall in Pennsylvania . . . beautiful! I hope we get to come back and have another go. And people from Pittsburgh are so proud of the city. They really want you to see the best of it. We were really looked after.

“Those Who Kill” is based on a Danish series. How much time did you spend with that series in preparation for the role?
I didn’t watch any of the original series. I thought it would be too intimidating . . . I probably would’ve been overwhelmed. I also thought it was pretty clear that we were going to deviate from their show quite quickly . . . everything that happened subsequently was out of our creator’s mind, with acknowledgement to the people who created the characters in Denmark.

In “Hitchcock,” you were tasked with playing Anthony Perkins as he gave his most iconic performance. How do you approach a role like that?
I didn’t ever have to play Norman Bates; I only had to play Anthony Perkins. I felt some liberation there because everyone knows Norman Bates, but very few knew Anthony Perkins. So you could be a little more speculative there.

Finally, tell me about the experience of being directed by Madonna in “W.E.” You must be asked this every day, but what’s she like?
She’s great. She knows exactly what she wants. She’s very, very good at communicating it to you. And she’s really good fun, as well. She gets the work done, but she can be very down-to-earth as well — which you don’t really expect from superstars. 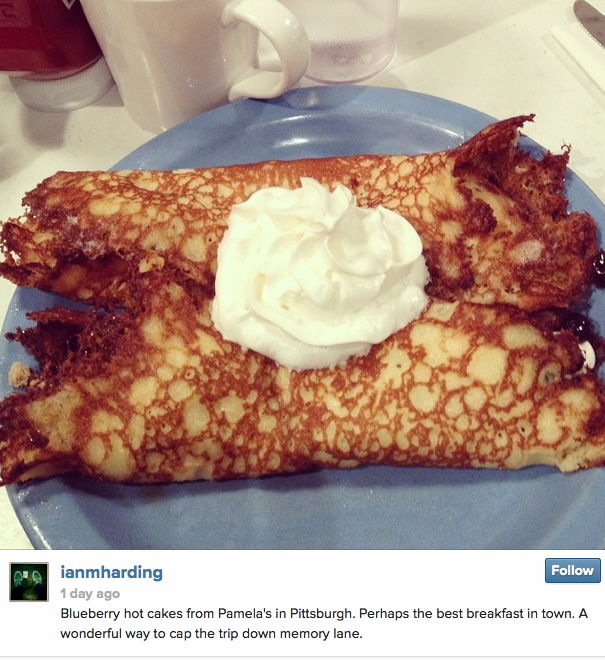 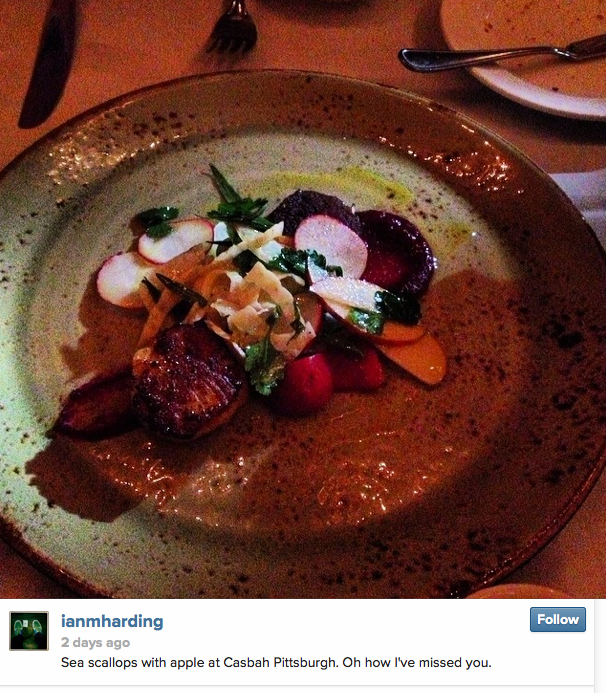 Carnegie Mellon grad Ian Harding stars in the ABC drama “Pretty Little Liars.” According to Harding’s Instagram feed, he’s back in Pittsburgh and really loving it.

#Weird: Esquire peels back the layers of Michael Keaton

True to its name, Esquire’s “Weird Men” issue contains several brief pieces, along with a few long-form entries on big-name icons, if you will — Danny DeVito, Bob Dylan and Michael Keaton. That last guy, a proud ’Burgher through and through (did you see his ESPN blog from the 2013 Pirates season?), is presented as a down-to-earth human, thanks to writer Tom Chiarella.

The piece — written in list form to illustrate a “normal day” for the offbeat Keaton — gives a play-by-play on how the interview process started and ended. Besides the bits where Keaton enthusiastically makes suggestions on whom Chiarella should interview for the piece and which of Keaton's movies he should watch, here's a favorite excerpt:

"I don’t know. That’s what I always say. I mean, that’s where I was. I just decided that I won't do a lot of things. Financially there were probably parts where I could have done quite well, and I thought: That’s not what I am. It’s bullshit. I’m lying. I won’t do it. And you pay a price financially. And I go: That’s okay. I’m gonna put that on me. You’re gonna fail or you're not gonna fail. You’re gonna win. Or you’re not. And I love to win. I [effing] love to win. And when it comes down to it, I’m gonna find a way. So there was no real plan. I didn’t want to be bored. And I get bored easily. And I’d hear myself. I see myself. I’d think: You’ve done this a thousand times. You know. That voice. That trick. So I always tried to find things that were hard enough that I remained interested. Sometimes I won, sometimes I didn’t.

“You gotta talk to people about what they remember. Like Lizzy Caplan, I mean, I really like her. She can do it. Sarah Silverman, she’ll tell you stories. They’re on that list.”