At Kennywood Park, Thomas the Tank Engine arrives to revitalize the railroad — and, hopefully, to foster a new generation of Kennywood lovers. 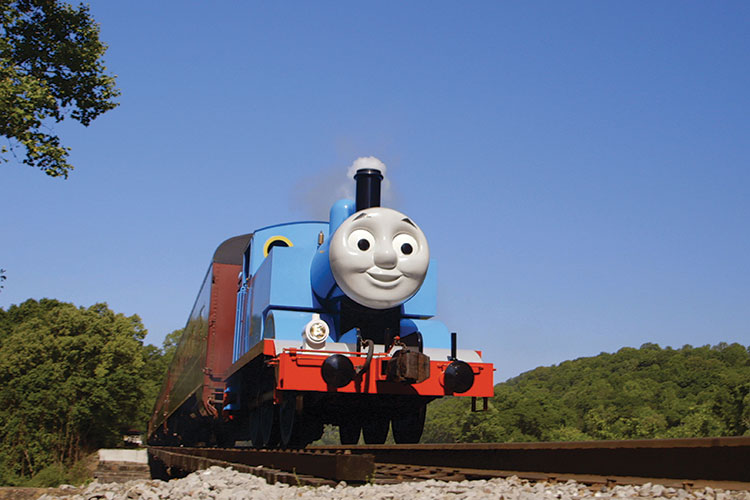 Two gleaming train engines — 1939 Gimbels Flyers — roll for half a mile through the grounds of Kennywood Park along original, 36-inch tracks. Under the dense coverage of towering sycamore, pine and oak trees, the cars get up to around 18 mph on the straightaway as they approach the area where the Log Jammer once stood. After that stretch, the track turns and straightens out again, running past simmering potlucks in the picnic pavilions and excited squeals coming out of Kiddieland.

Both train engines made their debut during the 1939 New York World’s Fair before being purchased and brought to Kennywood in 1945, where the engines and cars were dubbed the Little Choo Choo. Over the years, the train has gone through a variety of thematic changes, including a run as the Ol’ Mon River Railroad in 1965 before a stint as the Hoot n Holler Railroad in 1976 (complete with a quirky cast of animatronic characters that depicted scenes from a square dance, a bath house and a shotgun wedding).

This summer, the ride is changing again. One of the engines will be outfitted with the shell of Thomas the Tank Engine. Baby-blue body. Warm, wide smile. Big, googly eyes. Four coaches will follow Thomas, each freshly painted with a burnt-orange color to mimic the look of Thomas’ ever-faithful friends, Annie and Clarabel, beloved characters from the 42-volume “Railway Series” by Rev. Wilbert Awdry. Those books inspired the British television series adaptation, “Thomas & Friends,” which also enjoyed airtime on both Nick Jr. and PBS Kids. 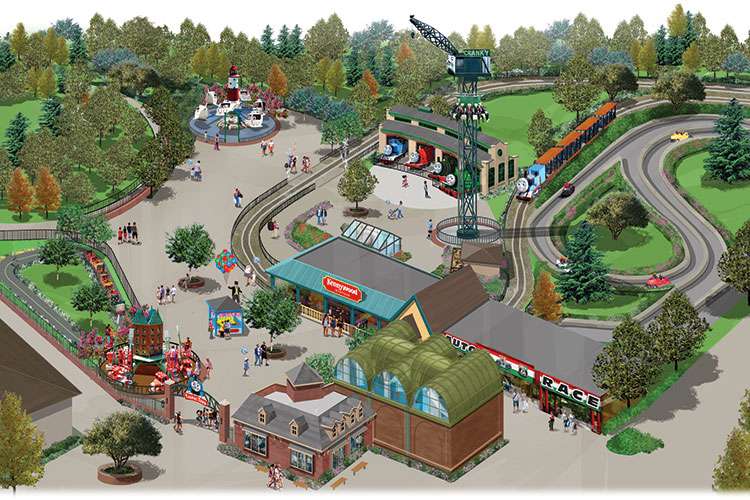 Thomas Town reflects an ongoing effort to figure out what’s going to appeal to Kennywood’s patrons. While some initial reaction on social media revealed disappointment in the park’s decision to embrace a theme like Thomas, it’s really nothing new; statues of the Seven Dwarfs once greeted visitors at the entrance to Kiddieland, and Snoopy and other characters from the Charlie Brown series served for a time as familiar faces on Noah’s Ark. During the age when black-and-white television reigned supreme, it wasn’t uncommon for the Lone Ranger and the Three Stooges to make Kennywood cameos at various times throughout the season.

When management decided it was time to marry a culturally appealing character to the park this time around, there was little debate over who might serve as the ideal match. 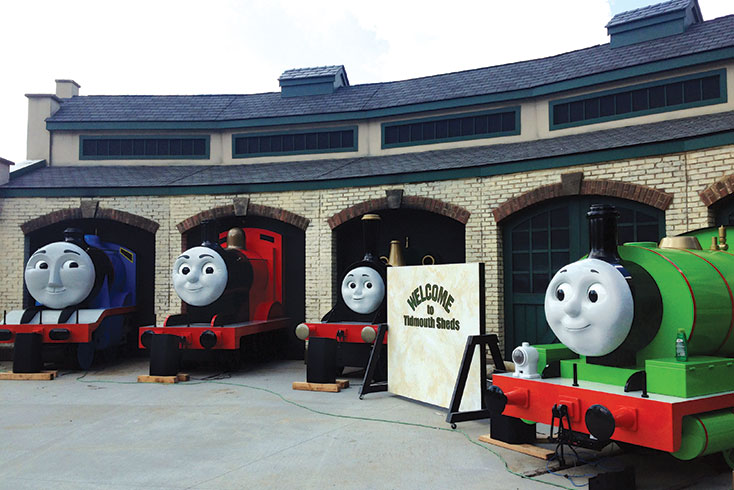 “When you talk about brands to work with, Thomas has been around since 1945. It’s very family friendly and has stood the test of time. Much like Kennywood,” says Nick Paradise, Kennywood’s director of public relations and social media. “We felt like if we were going to work with a brand, and a children’s brand, then the ‘Thomas & Friends’ brand was a very good one to work with.”

​Kennywood’s 7-minute, Thomas-themed train ride will come equipped with a soundtrack from the television show that most ears, little or otherwise, will easily recognize. Three of the coaches will be covered, one will not; all will be open air. Bench seating on each will stretch seven rows deep and accommodate between 15 to 25 people per car; each of the uncovered cars will be wheelchair accessible. This simple ride, Journey with Thomas, serves as the cornerstone to the park’s new, $8.5 million Thomas Town, a themed, family-friendly nook nestled next to the Raging Rapids; it’s the first time in more than ten years that new rides aimed at the park’s youngest guests have been added.

“We were looking for a way to revitalize this area of the park, the train in particular,” Paradise says. “We were due for some reinvestment.”

When the area is unveiled at the July 27 grand opening, Kennywood will have the second-largest permanent “Thomas & Friends” attraction in the United States. The other Thomas Town is located inside the Edaville Family Theme Park in Carver, Mass., just outside of Boston; it debuted there in 2015.

​Kennywood wants visitors to Thomas Town to feel as though they were magically transported to the fictional island of Sodor that sits just off the coast of England in the Irish Sea. There will not be an extra charge to enter Thomas Town, nor to ride any of the area’s four additional featured rides. 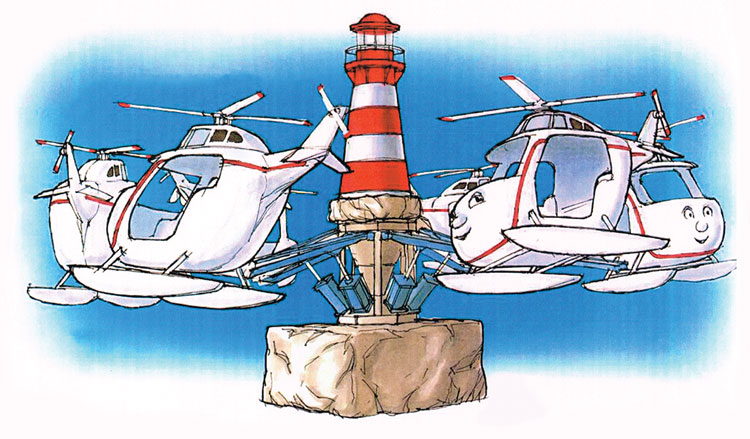 Flynn’s Fire Training is an interactive ride modeled after a fire brigade; each car will be equipped with a mounted water cannon that kids can squirt into a “burning” building located in the center of the ride, while an accompanying adult “drives” the fire truck. Diesel Drivers is similar to the Auto Race but with thematic diesel engines from the show; they’ll operate automatically and chug around a track. Harold’s Helicopter Tour is a circular ride in which mini helicopters can be raised up and down by a lever pulled manually inside each car. Cranky’s Crane Drop seats a dozen people at a time and raises them 45 feet in the air before dropping (at a rate of speed that is easily enjoyed by any level of thrill seeker).

Cranky’s is the only ride with a height requirement; riders must be 42 inches tall to ride. For the others, “As long as you can walk, you can ride,” Paradise says. None of them have any height maximums, either; all were designed to allow parents and guardians to ride with children. 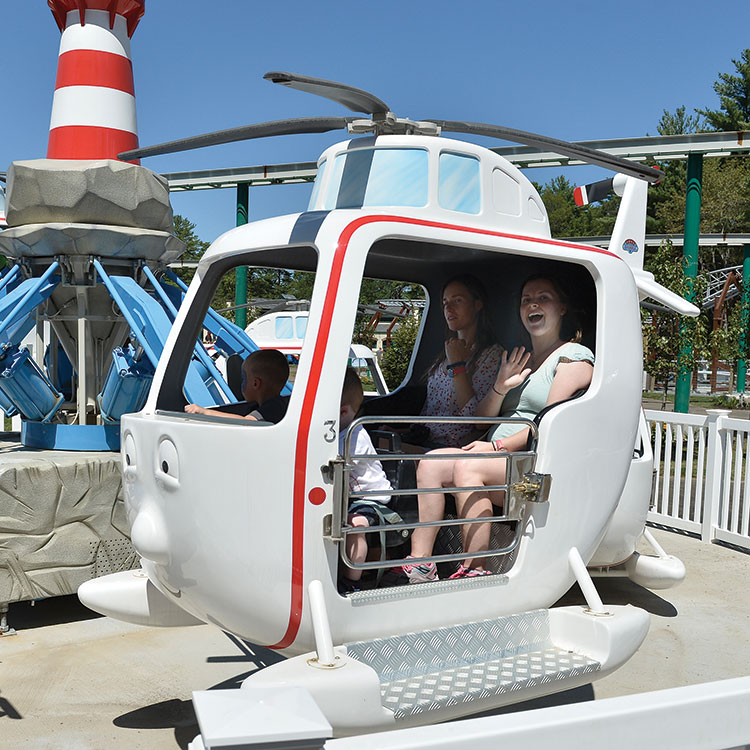 Also included on the grounds: a new gift shop, an indoor play area and an event pavilion that features an open air stage with both seating and standing room. The stage will host a live action show, “Steel City Adventures,” starring Sir Topham Hatt and popular train engines from the series — Gordon, Percy, Emily and James.

Well before the unveiling of Thomas Town officially takes place, word has begun to spread. “What we saw in terms of inquiries and interest from people outside of the Pittsburgh area, people who wouldn’t normally be reaching out to Kennywood to learn about a visit to the park, and might not have otherwise, was amazing,” says Paradise.

That heightened, positive response represents a dream come true for the park. While the desire to remain true to its loyal fan base of Pittsburghers has always been paramount, Kennywood has set its sights on ways to appeal to an even larger demographic.

“We have to be getting visitors not just from the greater Pittsburgh area, but from beyond Pittsburgh — and if we can get people in the gates because they’re Thomas fans, and when they leave, they’re Kennywood fans, that’s really good for us,” Paradise adds. “Like any business, we are continually trying to retain our existing fan and customer base and add to it. With changing dynamics in the Greater Pittsburgh area … attracting visitors from outside the region is important to ensure Kennywood continues to grow and prosper.” 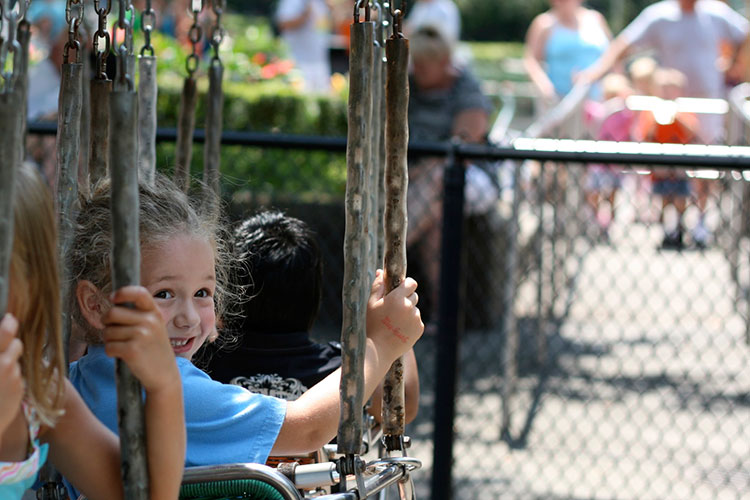