The announcement comes just days before the annual summer event was to take place. 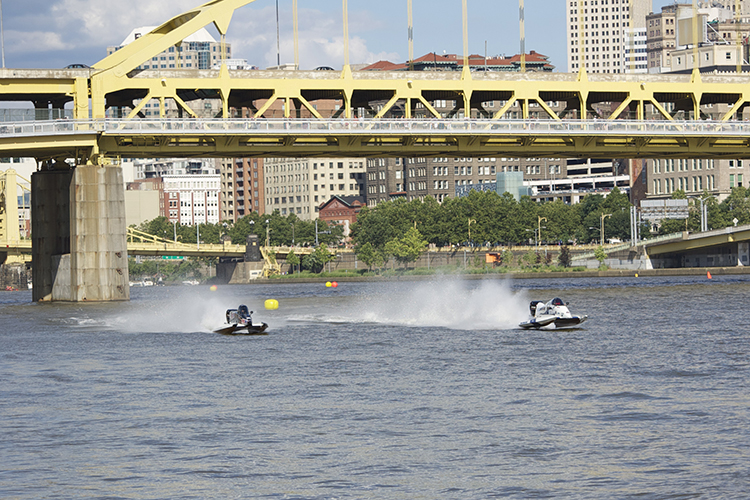 There will be no officially sanctioned partying on the river this summer.

On Tuesday, officials announced at a press conference that the Pittsburgh Three Rivers Regatta, which has been taking place for more than 40 years, has been canceled.

Charles D. Scholz, an attorney representing the Regatta’s board of directors and a board member, said the cancelation was necessary after Pittsburgh-based LionHeart Event Group, the event management company that had been overseeing the Regatta in recent years, failed to secure the mandatory insurance for it, forcing the board to withdraw its application for an event permit.

“We learned late last week that the event management company charged with overseeing all aspects of the Regatta failed to provide the necessary assurances for a safe, sanctioned and fully coordinated events,” Scholz said in a press release.

Although LionHeart had been giving regular updates on the state of sponsorships and financial transactions related to the Regatta, the board said it learned late last week that LionHeart had misrepresented the status of payments and insurance.

“We have launched a probe to unravel what has transpired. We are also working to communicate with all key stakeholders affected by today’s announcement, including sponsors, vendors, entertainers and others,” Scholz said. “We will pursue all legal means necessary to resolve this as we work to determine the future of this event.”

Mayor Bill Peduto also noted in a statement following Tuesday's announcement that his administration learned over the past week that LionHeart had not paid the city for police services for the last two years. He added state-owned Point State Park and private vendors also had not received payments.

"I shared this information with members of the board, and worked with them on alternative plans to possibly hold the regatta on the North Shore instead," he said.

One of Pittsburgh’s signature events, the Regatta, first held in 1978 and noted as the largest inland regatta in the nation, typically includes powerboat races, an Anything That Floats contest, free concerts, food vendors and fireworks.

“While this is surely disappointing to the Regatta's many fans and the city businesses that have catered to them for decades, the board had no choice and made the right decision for all of us. I thank the Regatta board for its responsible stewardship in this difficult time," Peduto said.