This Year, Water is Welcome at Three Rivers Arts Festival 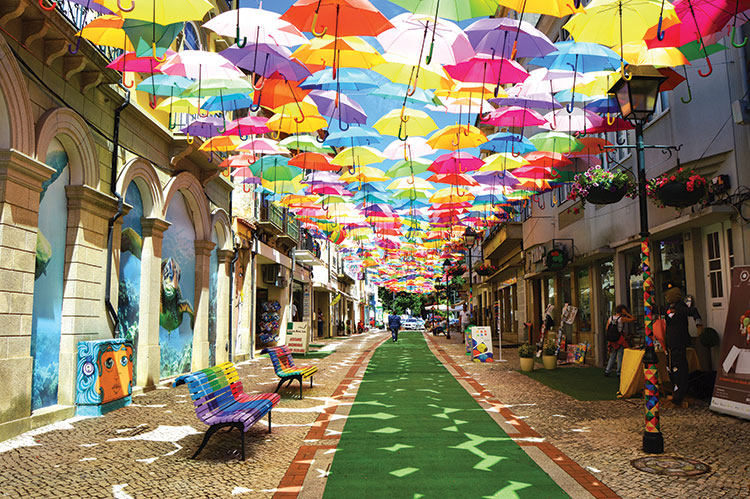 I’m in Pittsburgh, and it’s raining.”

That ’Burgh-based quote comes from the 1962 film “Requiem for a Heavyweight.”

We could add this line — “And I’m at the Three Rivers Arts Festival” — if we’re talking about the annual event.

Now don’t be a wet blanket. Wise-cracking about the rain is a tradition, part of the fun every year. This year, the cup at the heavyweight Dollar Bank Three Rivers Arts Festival — one of the largest free arts festivals in the country — will runneth over. (And that’s on top of the trio of rivers and fountain geyser at the Point.)

Head H-2-Over to Point State Park for the signature installation at the 58th event: the geo-feedback-intensive “Tidal,” where you’re invited to become a part of the art. It’s centered on a bowl filled with clear water, which will react to the touch of festival-goers’ hands. That action triggers hundreds of LEDs suspended under metal and fabric clouds to kick off a “storm,” while other lights complement the continuing flow of the three rivers in real-time.

Shilo Shiv Suleman, “Tidal’s” award-winning artist from India, envisions the installation as a bridge to connect “waterbodies” that lie inside us and outside us.

When you think of water and rain, umbrellas might come to mind. If it does rain, check out the Umbrella Sky Project, a canopy of colorful, floating bumbershoots above a walkway in Gateway Center. The installation, which complements the nearby Artist Market presented by Peoples Natural Gas, was developed by creative agency Sextafeira Produções for Águeda, Portugal, where it first appeared.

Tired? Grab a seat along the Allegheny River, but expect to be part of the art there as well. Between Point State Park and Sixth Street find “Take a Seat!” — an interactive installation of movable chairs. It’s a project of Riverlife, the local nonprofit waterways advocacy group, to highlight an underused stretch of riverfront. Move the chair where you choose within that setting; a GPS locator will track the movements.

In conjunction with that, look for “Displaced: Photos by Maranie Staab,” an exhibit that addresses the crisis of displaced people around the globe in an effort to connect us by our common humanity here in a city built by immigrants. The display dovetails with the Festival’s mission to make global perspectives part of the local experience.

The Festival, a production of the Pittsburgh Cultural Trust, branches out from Point State Park and Gateway Center into the Cultural District, where other highlights await.

Visit special visual-arts shows in District venues such as SPACE for “Non-Punk Pittsburgh,” a retrospective focusing on the music and arts during the “fall of Pittsburgh’s industrial revolution.” The August Wilson Center for African American Culture offers “Instill & Inspire: The John & Vivian Hewitt Collection of African-American Art” plus “Art + Tech.”

Although art is a major focus of the Arts Festival, there is that “s” in Arts.

As always, there’s too much to mention here, but highlights include:

• A world-premiere production: “The Light Princess,” presented by Pittsburgh Cultural Trust and created and performed by local Jumping Jack Theater. Based on a fairy tale, it presents a sensory-friendly adventure for audiences on the autism spectrum via puppetry, an original score and interactive moments. RSVP required.

• Poetry readings by City of Asylum.

• A film screening, “The Freedom to Marry,” about this struggle for marital equality, at the Harris Theater.

Kids and their adults should enter the Giant Eagle Creativity Zone, with locations in Point State Park and Gateway Center, for activities, demonstrations and performances from local arts and cultural organizations.

And who knows? Watch the skies. Maybe a legendary heavyweight like Mary Poppins will drop by. With an umbrella, of course.