Using high-flying air-powered pogo sticks, athletes will do tricks and flips more than 10 feet in the air. 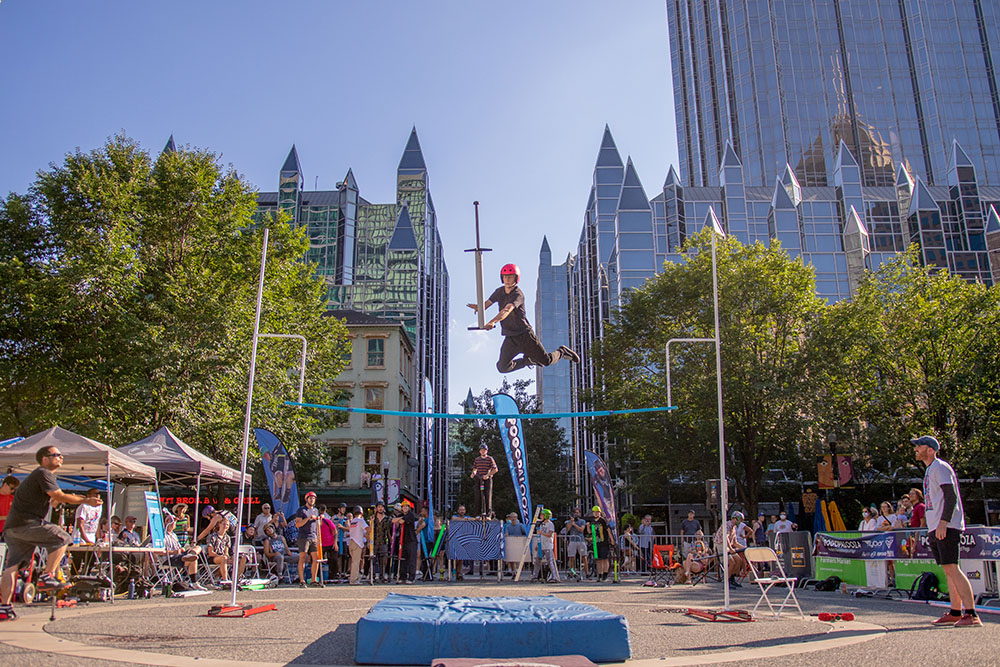 Thirty top athletes from around the world will converge in Pittsburgh this weekend to compete in the world championships of their extreme sport — pogo sticking.

It’s called Pogopalooza, and it returns June 24-26. Featuring competitions, world record attempts and chances for the public to try out a pogo stick, too, the free event is a self-professed celebration of all things pogo.

On Saturday, the tech freestyle and air freestyle qualifiers will go down (and up, and down again) at 3 p.m. and 5 p.m. respectively, at Xpogo’s headquarters at 1256 Franklin Ave., in Wilkinsburg. Then on Sunday, athletes at the same location will complete 60-second runs stringing together the best tricks at 3 p.m. in the air freestyle finals; the winner will be crowned world champion.

The “best trick” competition kicks off at 5 p.m. Sunday. It’s a 30-minute contest in which athletes will attempt never-before-done tricks, and it’s followed immediately by a “bounce-off” at 6 p.m. Kids 15 and younger will see who can bounce the longest on a pogo stick without falling off. The winner will receive their own pogo stick from Xpogo. 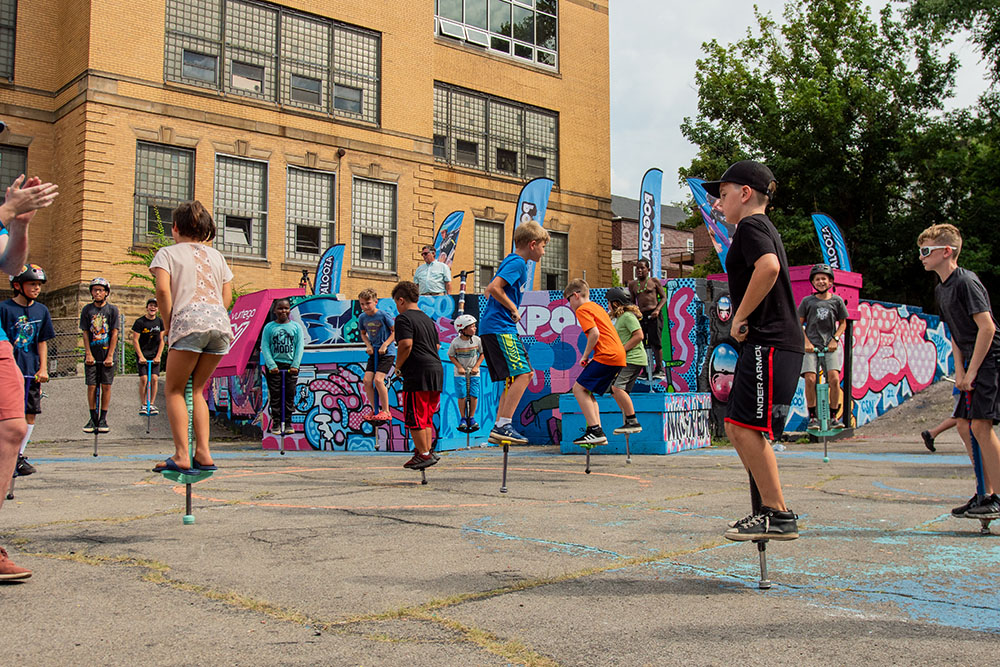 There will also be plenty of food trucks.

Pogopalooza was established in 2004 by Dan Brown, one of the founders of the sport. One of the earliest competitions took place in a church parking lot in Nebraska. The grand prize? A bag of trail mix.

Now, prizes typically range between $5,000 and $10,000 and include rewards such as trips and sponsorship opportunities, too, according to Xpogo’s website.

Attendance is free, but you can pre-register here.