On Sunday, the one-man show "How I Learned What I Learned," co-conceived by Wilson's protege, concludes its run at the Pittsburgh Public Theater. 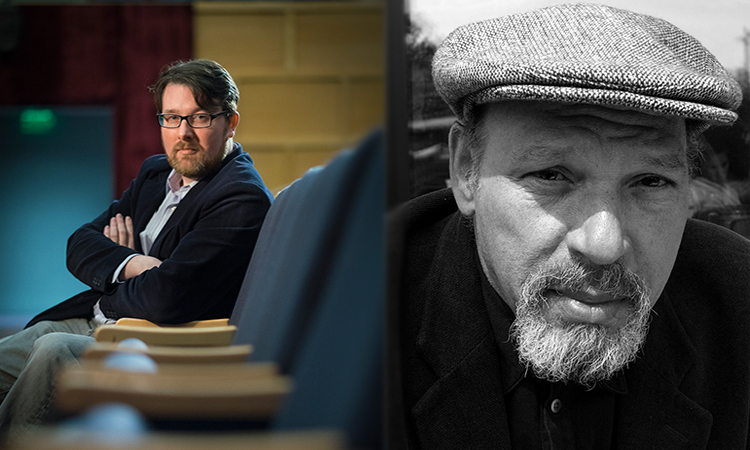 CLOSING WEEKEND FOR AUGUST WILSON’S “HOW I LEARNED WHAT I LEARNED”
Playwright Todd Kreidler has spent nearly a decade striving to expand and burnish August Wilson’s legacy. Kreidler combines his intimate perspective on the Pittsburgh-bred playwright’s creative process with commitment derived from their personal connection — the two were close friends and collaborators — to ensure Wilson’s plays will reach new audiences. As co-founder of a national speaking competition for high-school students, he’s helped to ensure the next generation is introduced to Wilson’s voice. He’s also directed Wilson’s plays across the country. Among them is “How I Learned What I Learned,” the autobiographical one-man show and final play completed before the playwright’s death in 2005. Kreidler is an Apollo-area native who lived in LA and New York City before moving back to the region two years ago. He returned to the Pittsburgh theater scene to direct “How I Learned What I Learned” — a play for which he is credited as a co-conceiver — at the Pittsburgh Public Theater, where the two men forged their relationship. This is the closing weekend for the acclaimed production; actor Eugene Lee will take the stage as Wilson five more times through Sunday.
(621 Penn Ave., downtown; 8 p.m. tonight through Sat., 2 p.m. Sat.-Sun.; tickets and info here)

YOUR 2015 SUMMER MOVIE GUIDE IS HERE, SURPRISINGLY EARLY
We know: it’s officially been spring for about four minutes, and we still may find ourselves scraping off windshields this weekend. But don’t be fooled; with the arrival tomorrow of “Furious 7” and all its automotive mayhem, the blockbuster season officially has begun. In this week’s edition of After Dark, we’ll give you the rundown on all of the hopeful $100 million flicks on the slate between now and Labor Day. Look elsewhere for arthouse favorites and family fare; this week is all about the inescapable popcorn juggernauts. Get your raptors, robots and reboots in this week’s edition of After Dark!

IN THEATERS: As mentioned above, the “Fast and Furious” gang is back again, with new additions Jason Statham and Kurt Russell in the fold. “Furious 7” hits theaters tomorrow; in perhaps the most stark instance of counter-programming imaginable, the Harris Theater has “Ballet 422,” an intimate documentary that travels inside the New York City Ballet.

Locally based Creole rockers John Gresh's Gris-Gris make an appearance at NOLA on the Square at 8 p.m. Saturday. Get some gumbo and an Abita Purple Haze and enjoy!
— Sean Collier