More than a century ago, two Canadian brothers housed at the Allegheny County Jail while awaiting execution escaped with the help of the warden's wife. 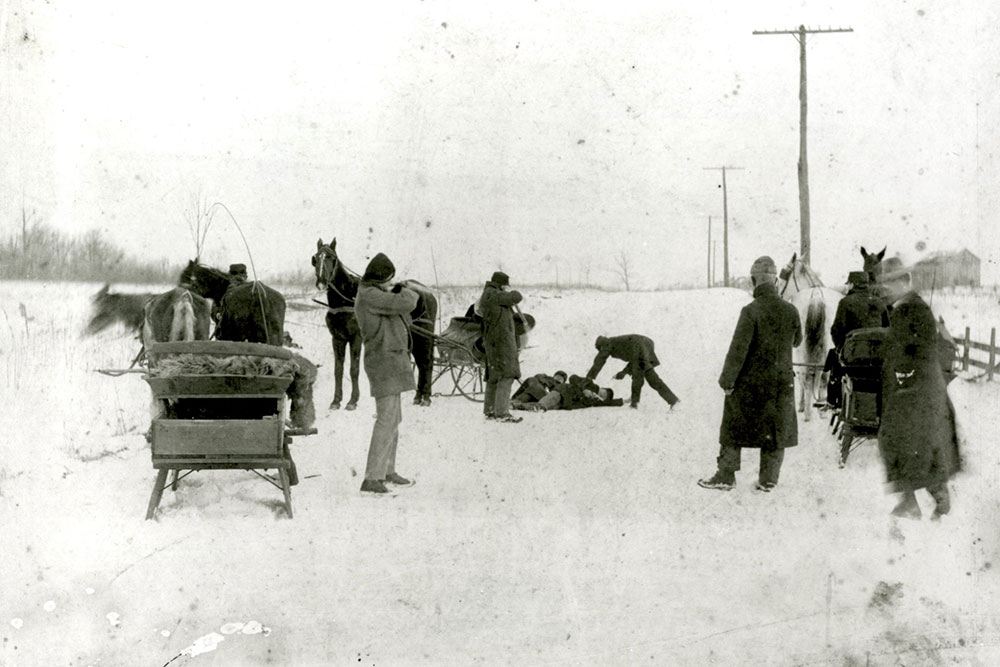 ESCAPED CONVICTS JACK AND ED BIDDLE WERE AMBUSHED BY ALLEGHENY AND BUTLER COUNTY POLICE ON FEB. 1, 1902. THE TWO BROTHERS LAY ON THE GROUND; DETECTIVE BUCK MCGOVERN (TO THE LEFT) POINTS HIS RIFLE AT THEM | PHOTO: DETRE LIBRARY & ARCHIVES / SEN. JOHN HEINZ HISTORY CENTER

In 1901, Canadian natives Ed and Jack Biddle formed the “Chloroform Gang”; the brothers and their fellow partners in crime used chloroform to knock out burglary victims throughout Pittsburgh. What was supposed to be a nonviolent heist on April 12, 1901, turned deadly when the brothers shot and killed a Mount Washington grocer. The Biddles were caught, tried, convicted and sentenced to hang.

While awaiting their fate in the Allegheny County Jail, they were frequently visited by the warden’s wife, Kate Soffel. It wasn’t uncommon for her to visit prisoners, but she spent an uncommon amount of time with the Biddle boys, says John Schalcosky, president of the Ross Township Historical Society.

According to newspaper accounts, Ed was so good-looking that the ladies of Allegheny County opined his innocence. And he was so charming that Mrs. Soffel — a mother of four married to one of the city’s most prominent justice figures — fell in love with him; she agreed to help the brothers escape and run away with them. 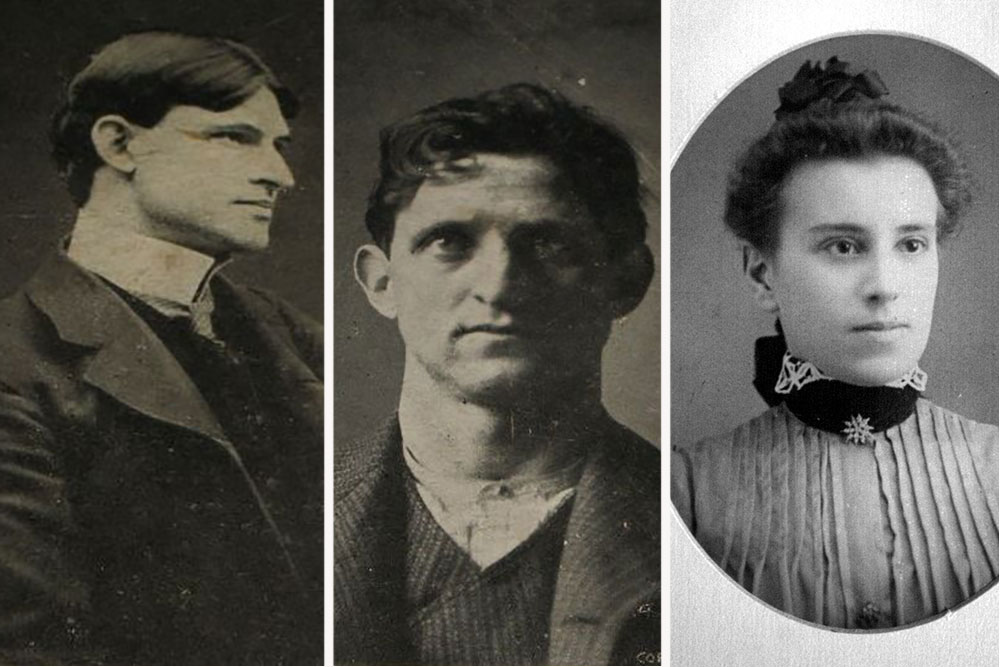 Mrs. Soffel smuggled saws to the Biddles’ cell to cut through the iron bars and even brought them one of the warden’s guns. Early in the morning of Jan. 30, 1902, the brothers began their escape.

After overpowering three guards and shooting one of them, the inmates, dressed in the jailers’ suits, left the prison and to rendezvous with Soffel. The trio hopped on a trolley to West View. From there, they stole a one-horse sleigh in Ross Township and continued north, says Schalcosky.

Buck McGovern — the detective who originally brought the Biddle brothers in — launched a massive search effort and alerted detectives in Butler that the brothers might be trying to make it back to Canada. In the early morning of Feb. 1, 1902, police ambushed the trio in Butler.

“This is Buck McGovern with his big posse of people coming for them with big rifles,” says Schalcosky. “They ended up panicking and having a big shootout.” The brothers were hit multiple times. As detectives approached them, Kate Soffel lay nearby; she had shot herself.

Jack and Ed died three days after the shooting. Soffel spent 20 months in Western Penitentiary and died of typhoid fever in 1909.

The story of the Biddle Brothers and the warden’s wife inspired the 1984 movie “Mrs. Soffel,” starring Diane Keaton as Kate, Mel Gibson as Ed Biddle and Matthew Modine as Jack.