This Wedding Had a Guest List Unlike Any Other

Brendan Renne and Thais Canedo wanted a penguin at their wedding. They ended up with a menagerie. 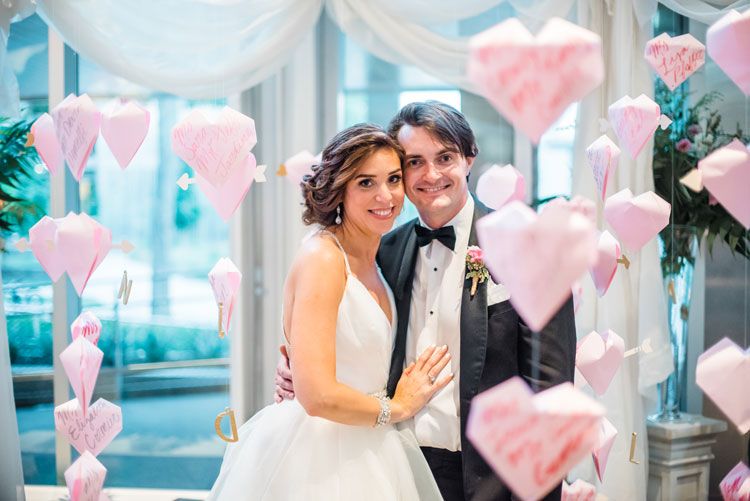 It’s the wedding of any animal-lover’s dreams: the bride and groom make their way down the aisle arm-in-arm and into the reception, only to be eye-to-eye with a baby kangaroo, sitting peacefully in its denim carrier.

For Thais Canedo and Brendan Renne’s 2016 wedding at the Children’s Museum on the North Side, they planned to fill the ceremony with pastel flower arrangements and intricate origami hearts. At the reception, a Polaroid camera would be passed around for guests to take pictures, and they stocked up on colorful confetti at the bar. Thais’ new mother-in-law made 1,500 cookies for the iconic Pittsburgh cookie table. But still something was missing in the wedding plans.

“It started with the venue,” Thais says as she recalls the decision to add the furry friends to the guest list. “We wanted it to be a fun place — I think that’s kind of the whole theme behind it. When we were looking at other wedding pictures and talking to the [museum’s event] coordinator, we thought about what had been done in the past, and we saw that someone had a penguin from the National Aviary.” 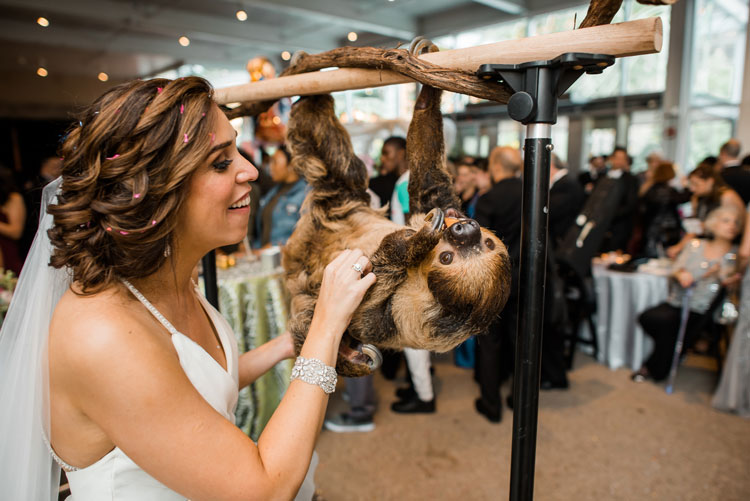 To Thais’ dismay, the National Aviary didn’t allow guests to hold the birds and had stopped letting birds be a part of the wedding party altogether. She was determined however, and broadened her search to a few hundred miles.

Thais took to the phone and made several calls before the Columbus Zoo gave her the good news: a sloth, a kangaroo, a penguin, a flamingo, a snow leopard and a bearcat would be travelling to Pittsburgh in early September to take part in the wedding festivities. 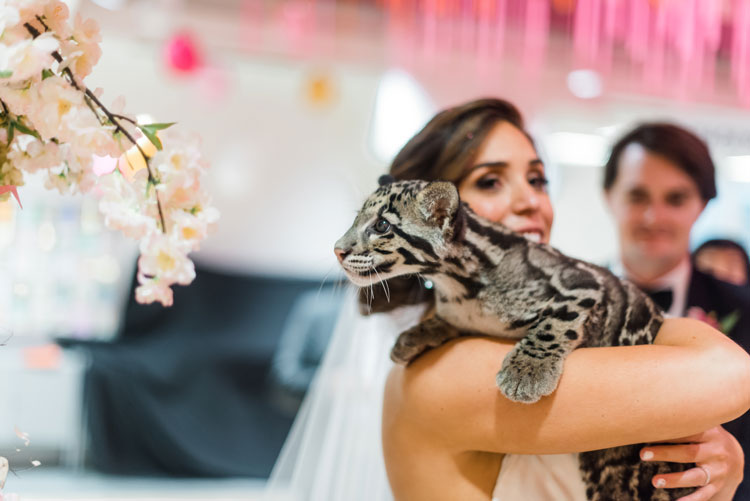 The animals were provided by Jack Hanna, an animal advocate from the zoo and the man behind their interactive animal experiences. His staff were very hands-on, according to Thais, and they encouraged guests to interact with the animals as much as possible while relaying animal facts to guests.

The animals will travel to birthday parties, weddings and even retirement homes and senior centers, and the zoo offers these sessions to give all age groups an opportunity to learn about these animals and their habitats.

The animals come in a group of six, and the couple were allowed to offer suggestions for their favorites, but there weren’t any guarantees. Obviously, the penguin was a must, but Thais and Brendan also requested the sloth and flamingo. 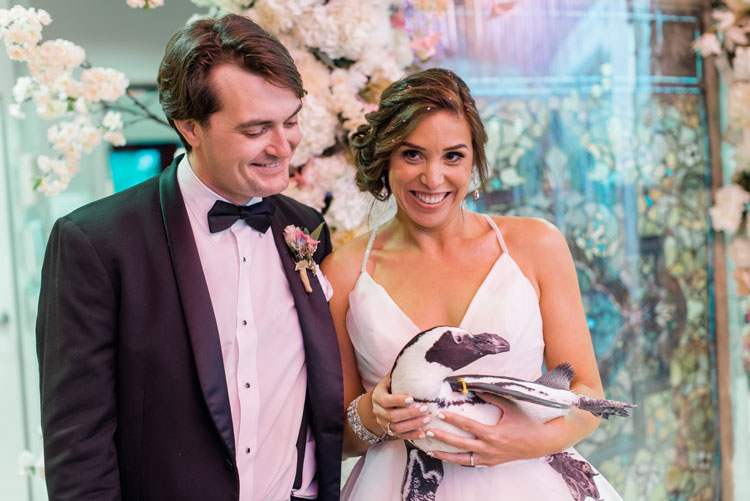 Thais explained that when it comes down to it, the Columbus Zoo takes your requests into consideration but ultimately sends animals who have a good temperment and who are in good health.

The animals were waiting in the Children’s Museum’s foyer when the couple and their friends and families walked in. Everyone was in a state of awe and shock as their eyes landed on the animals, “just chilling” in the trainers’ arms, waiting for the reception to begin, Thais says.

“We had only told like a few people in our wedding party, so everybody else was like, ‘Oh my god!’” Thais says. “The kangaroo was super chill. The bearcat loved to climb on everyone’s heads and shoulders.” 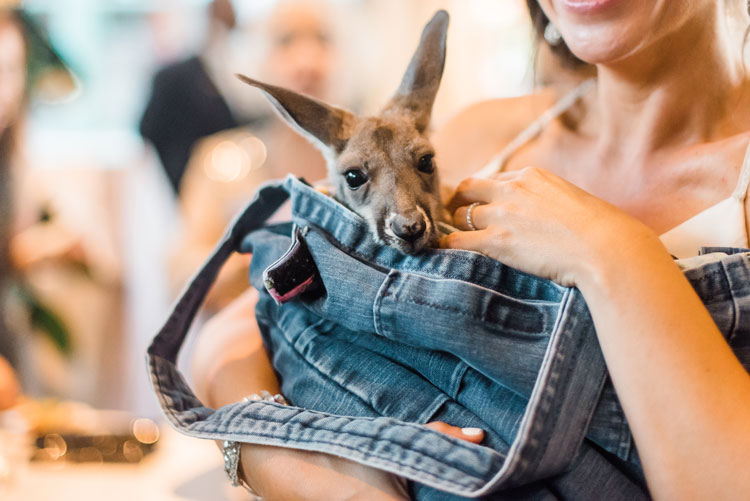 “Holding the animals, I think to me, was a huge piece to [the wedding]. When do you get to do that? It just pulled everyone together!” she says with a laugh.

But the credit cannot all be given to the animals. The floral arrangements, including the giant ceremony arch, came from greenSinner, and the couple did a lot of the decorations on their own, including the origami and table centerpieces.

Behind it all, the couple wanted to showcase their love in a fun way that reflects who they are.

“I think just having all the people being there in a fun atmosphere was the best. We don’t usually get to be with everybody in all the same room,” Thais says, making the exotic zoo the perfect way to tie friends and family together.