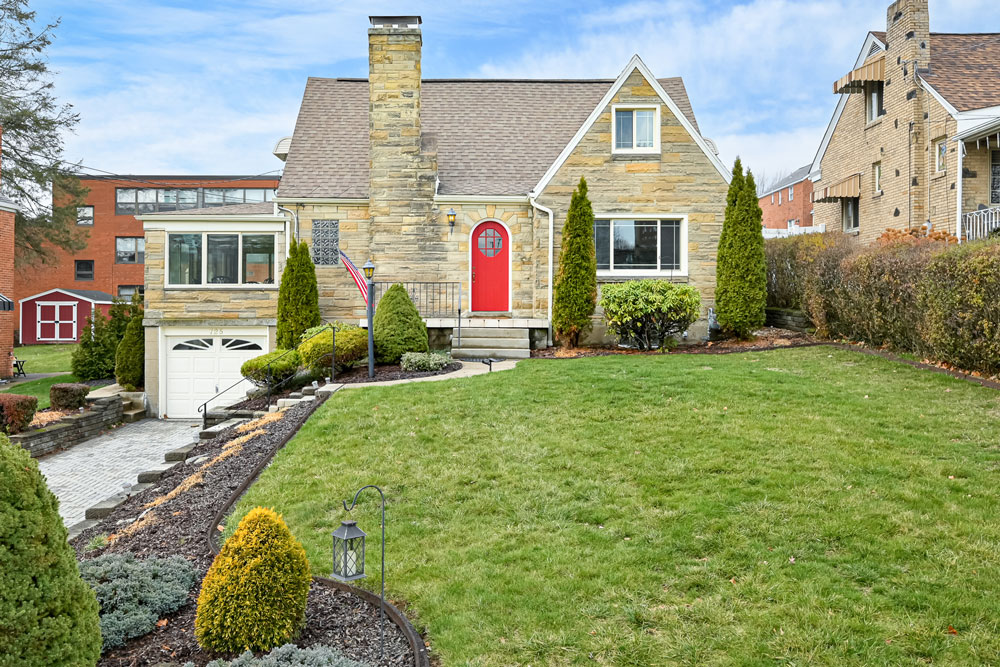 Dr. Sherri Johnson never intended to move to Pittsburgh — then she fell in love.

“I was working in Kentucky when I met my late husband, Dr. Thomas Lehman,” she says. “He was from Ohio.”

The couple moved to Pittsburgh after Lehman became the medical director of Wexford Health Sources.

“We were renting in Green Tree and kept bidding and losing houses,” Johnson recalls. “I found this listing for that home and it looked like the fairytale cottage that little girls dream of.” 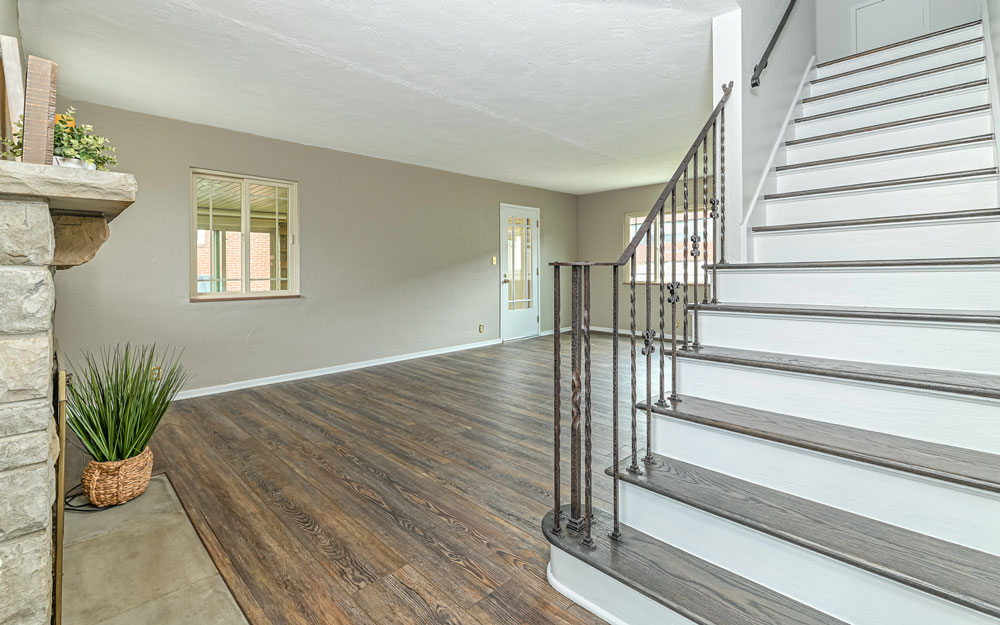 From its stone facade to the round front door, painted a bright cherry red, it’s easy to see why Johnson felt the Cape Cod-style home at 725 Irwin Drive, in Baldwin Borough belonged in a storybook.

“When we went to see the home it was summer,” she says. “It had daylilies lining the driveway; the beds were full of flowers.”

After buying the home in 2018, the couple quickly immersed themselves in the community.

“We were there just four years,” Johnson says. “I had the happiest times and the saddest times of my life in that home.”

Johnson has now decided to move south. Her house is listed for $299,900 (MLS# 1587343, Deb Donahue, Howard Hanna Real Estate howardhanna.com). It is open by appointment. 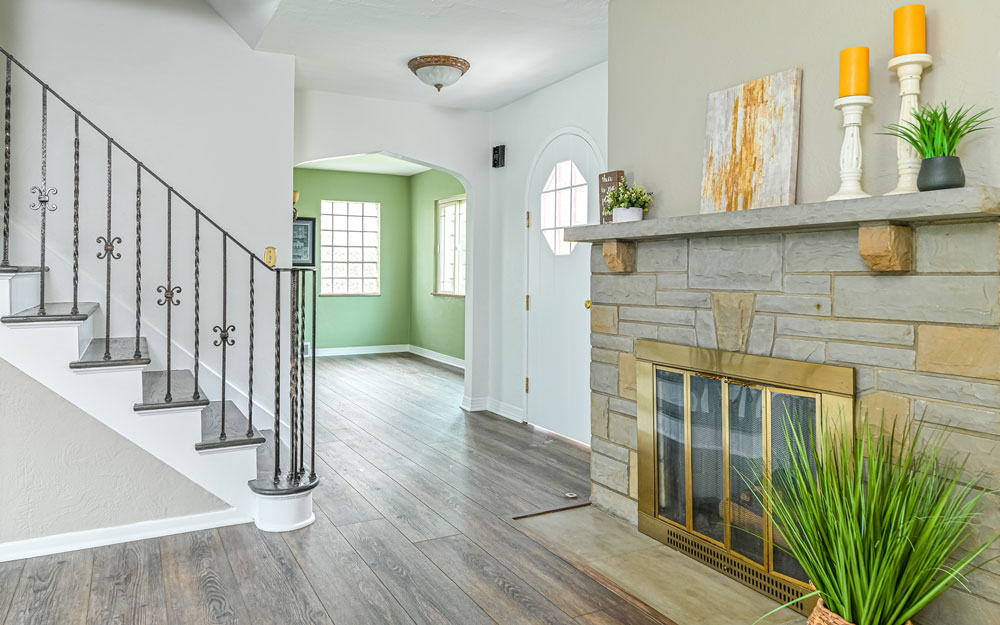 Sitting on a nicely sized lot, the two-story house has 1,400 square feet of living space. Like the first day Johnson saw it, the yard still is in meticulous shape and features a variety of shrubs and small accent trees that hold court alongside the summer perennials that run along the custom brick-paved driveway. A gently curved pathway leads to the front porch.

Inside, the center staircase has the original turned-iron railings. Underfoot is new, easy-to-maintain, luxury vinyl plank flooring. The original stone facade fireplace, featuring a gas insert, anchors the living room. Leading off that room is a windowed, three-season room with stone walls. 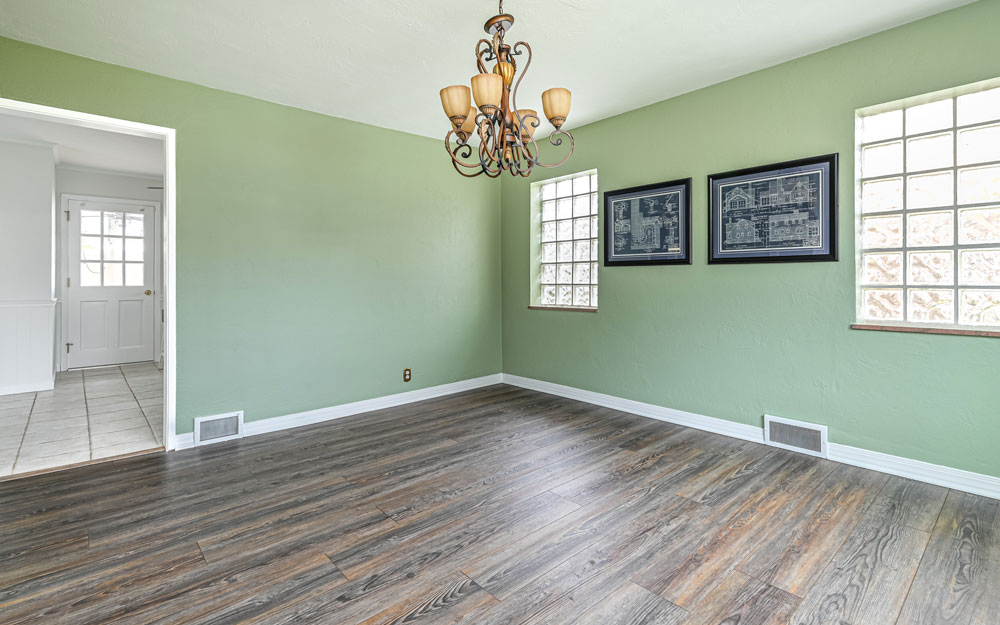 Set against the muted green walls of the 14-by-12-square-foot dining room are framed documents recounting the home’s history.

“The home was built in the [1940s],” Johnson says. “After we moved in, we found an architect’s tube with the original drawings for the house; we took a couple and had them framed.” 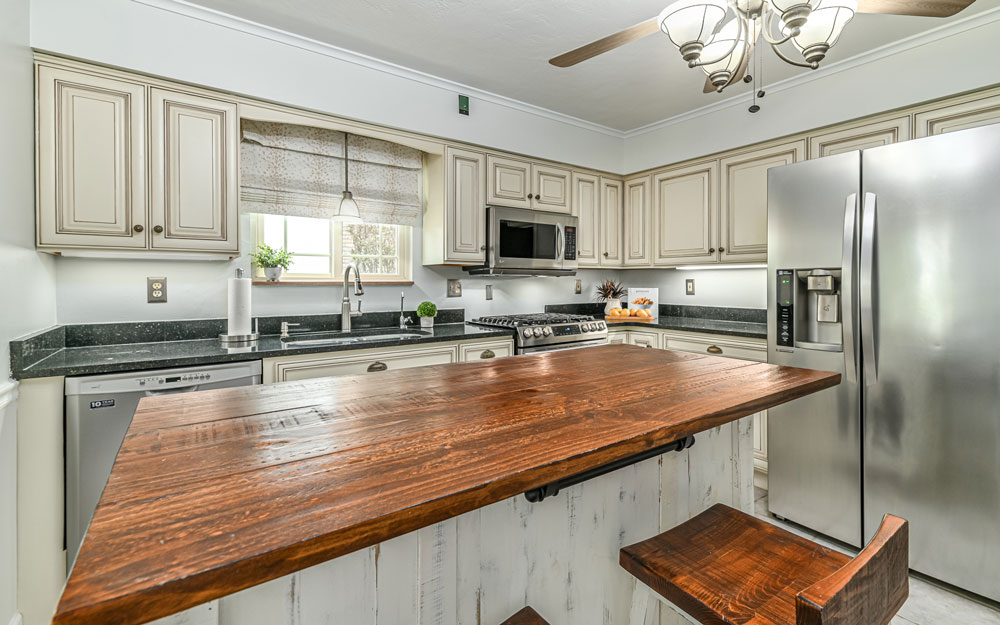 With seating for two, the kitchen island has a natural wood countertop with storage below it. The space also has several windows that let in lots of light. A rear door leads to the outdoor entertainment space, where there’s a covered patio with a lighted ceiling fan, several skylights and a partial privacy fence.

On the other side of the vinyl fence are planting beds and two sheds, plus a hot tub. Just behind the home, the St. Elizabeth of Hungary Church complex is visible.

“It was so great when we had friends over,” Johnson says. “Everybody congregated around the firepit on the back porch. We had another group in the kitchen.” 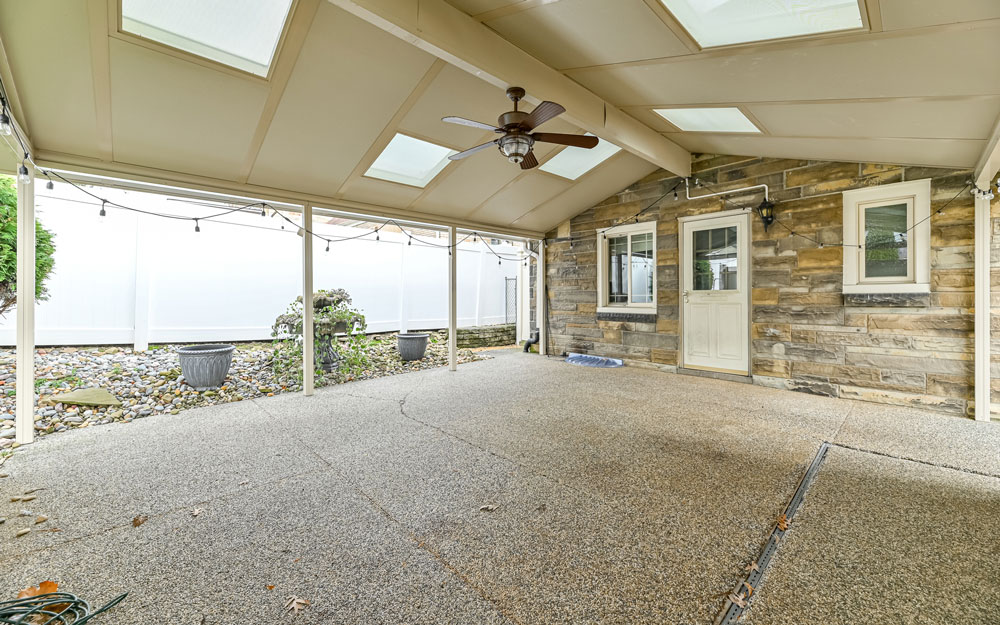 All three bedrooms have a generous amount of windows and are painted a neutral light gray. In addition to a first-floor powder room, there’s a second full bathroom that has a tub/shower combination and plenty of storage space.

On the lower level is a finished game room with a “man cave” that features a second gas fireplace. There also is another full bathroom, as well as a spacious laundry room.

“When we first walked through that house, there were little pencil marks on the door frame marking the years from the previous couple,” Johnson says. “They had lived there for 40 years. There was such good history there.”

Drawing on her years of experience covering the region’s real estate industry, Rosa Colucci’s Hot Property takes an inside look into unique and historic homes currently on the market. Each week, Hot Property goes behind the For Sale sign to share the story of a special Pittsburgh area home.  And four times a year, Hot Property will give an in-depth look at the region’s real estate market in Pittsburgh Magazine HOME, track housing prices and sales and detail where the hot properties can be found. Rosa can be reached at onecordovaroad@gmail.com.

Opportunity Knocks in One of Pittsburgh's Up-and-Coming Neighborhoods