This School was Turned into a Mansion – But Will It Sell?

Now a luxury home, the 1960s-era school in Greene County still contains the original bathroom stalls, a classroom and even the nurse’s office. 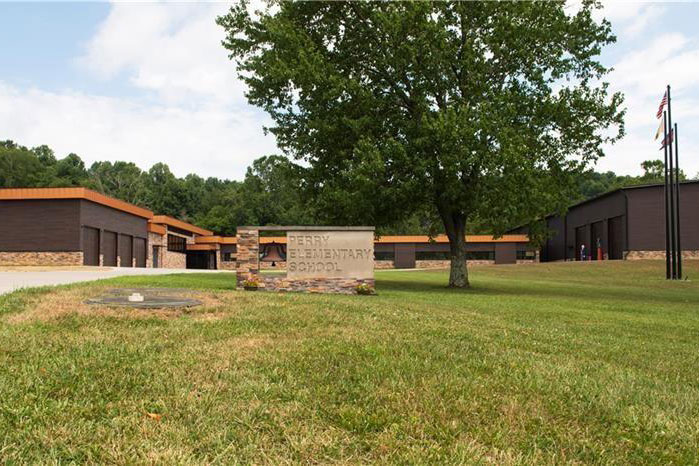 Back in 2012, Perry Elementary School in Mount Morris closed due to dwindling enrollment. After sitting empty for a few years it was turned into a luxury private home and — after it was listed for sale — the results are now astounding the Internet.

Listed for a cool $2.375 million, the 14,716 square foot space in Greene County has an oversized modern kitchen in place of the old cafeteria and an arcade room in what was once two classrooms. The multi-purpose room was converted into a sleek basketball court. 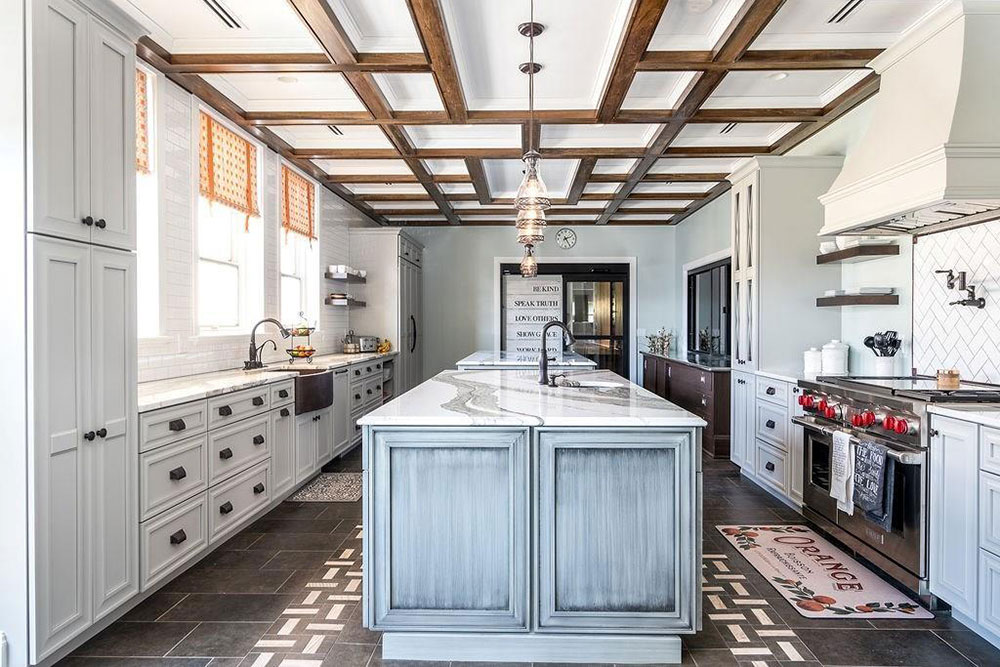 But what’s really causing a stir online are the areas that still resemble the traditional school environment. 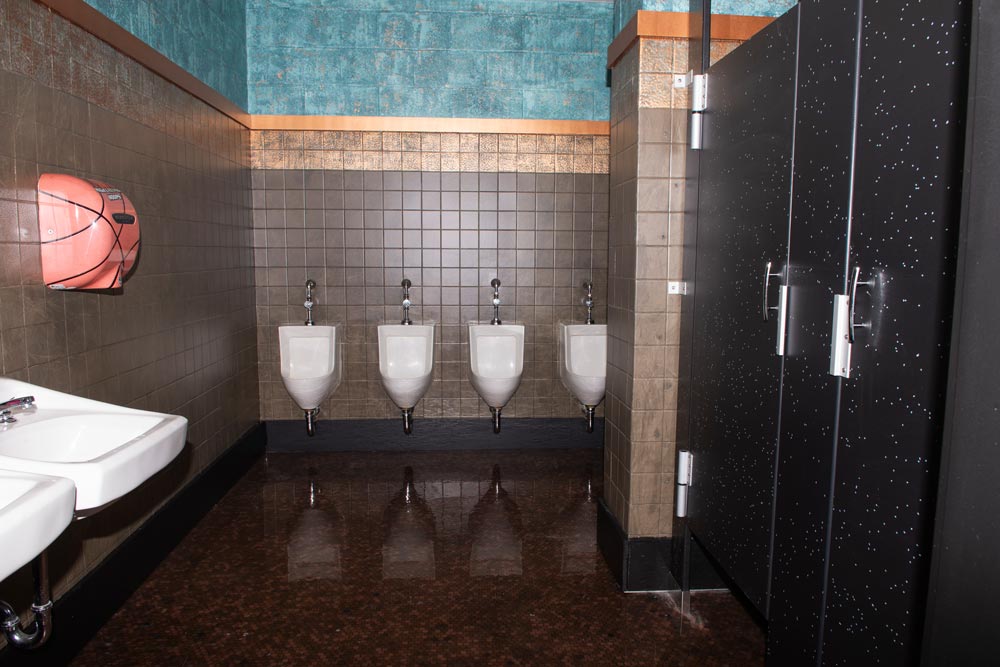 Thanks to a now-viral post that started with TikTok account Zillowtastorphes, viewers were amazed by the boys’ bathroom that still contains the original child-size urinals and black bathroom stalls. One room is filled with old writing desks and has a green chalkboard wall. Other rooms still have the original whiteboards. Also still intact are the former administration and nurse’s offices. 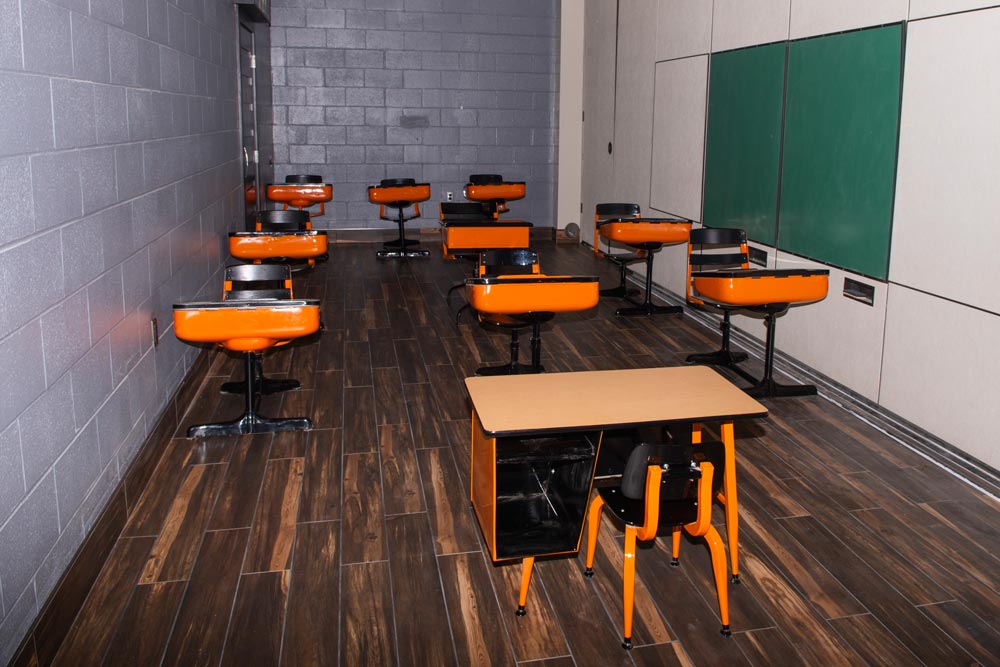 Crystal Smith tells realtor.com that she and her husband Rick — who attended the school as a child — bought the property on auction for less than $350,000 in October 2015. After a massive conversion project, the couple and their two teenage children began living at the former school, which sits on 11 acres, near the end of 2018.

“It’s a once-in-a-lifetime project, and it’s cool to live in a school,” Crystal tells the real estate website.  “Everybody thought we were nuts.” 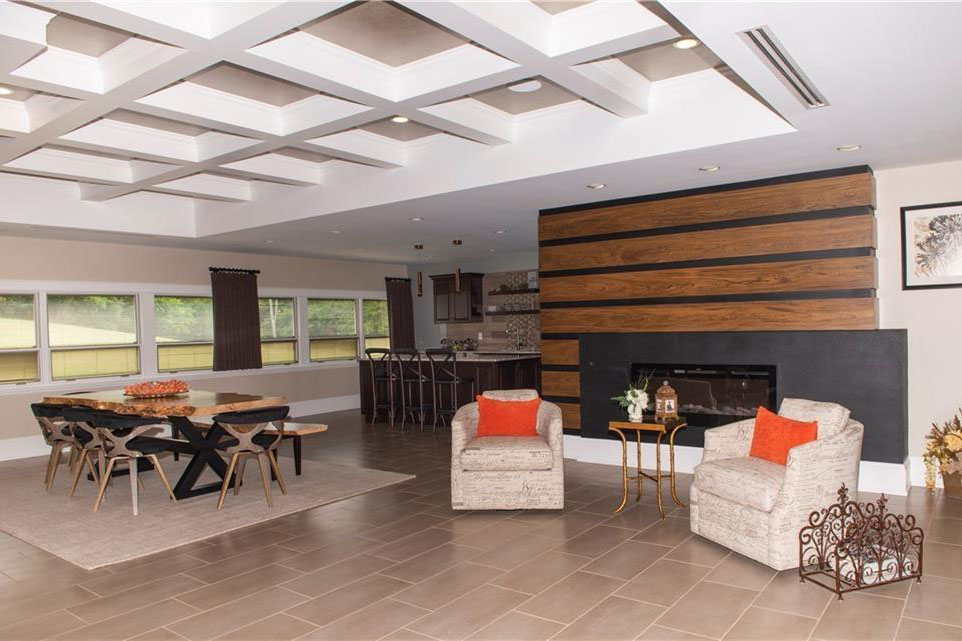 Besides four bedrooms and more than four bathrooms, the home also contains a fitness center and a five-bay garage that houses numerous cars and collectibles. The 1960s-era building’s front entry is outfitted in tile that spells out “Welcome” and “The School House.”

Despite the attention it has received online in recent days, the former school has yet to attract a buyer. The home was listed on the market by agent Keith Herrington, another former Perry Elementary student, back in August. 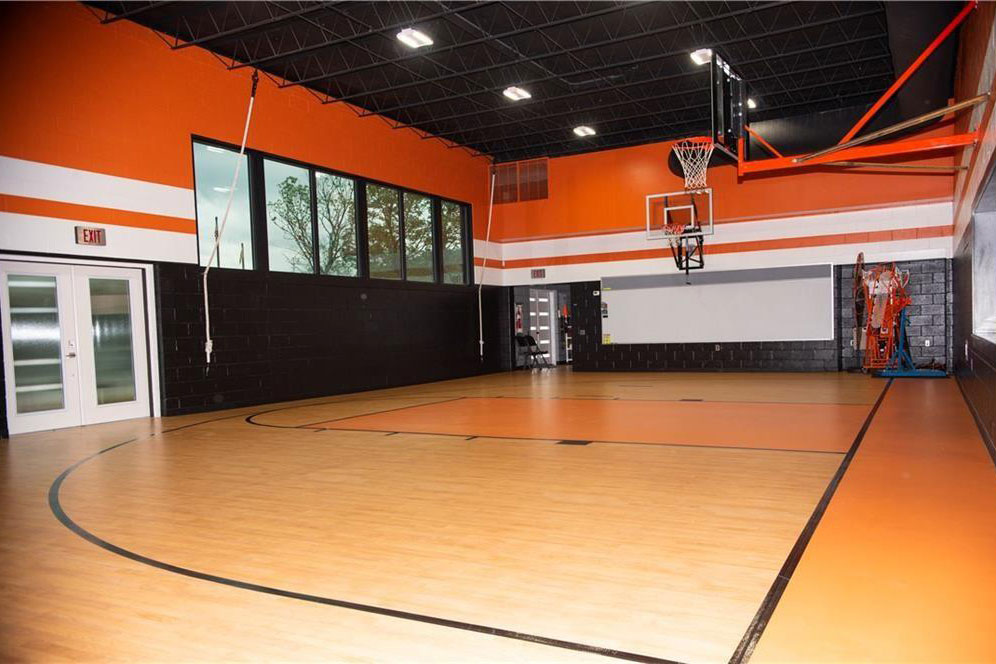 As for the Smiths, the couple hopes to move to a lakefront property.

“We thought about this pretty long and hard,” Crystal tells realtor.com . “I’m still a little hard-pressed to believe we’re moving, but we are.”

To view the listing for yourself, visit here.

Look Beyond the Fence with Highland Park's Secret Garden Tour

Meet the Winners of Monmade’s One Green Product Competition

What Will Motivate Us to Actually Connect with One Another, If Not a Pandemic?

Pittsburgh Pet of the Week: Vision