Could it be? A genuinely decent portrayal of a Yinzer on TV? Maybe!

As much as we love to poke fun at our own accents, the rest of the country hardly ever laughs with us (unless, of course, they just heard Casey Affleck’s attempt at Pittsburghese). Residents in Boston, Brooklyn and the Deep South all get lampooned for the way they talk, but the hilarity of Pittsburghese is a fairly well-kept secret. Until now.

Expect some shoutouts to Iron City, chipped ham and plenty of other classics.

Daly, who first started performing at Pitt’s “Friday Night Improvs” when he was 16, may have popped onto your radar recently. He created the hilarious fake Red Hot Chili Peppers track “Abracadabralifornia” that went viral in January.

Be sure to watch the above “Kroll Show” preview, and consider following Daly on Twitter. He’s a (sometimes NSFW) delight. 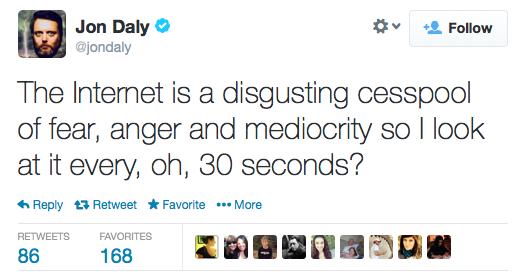 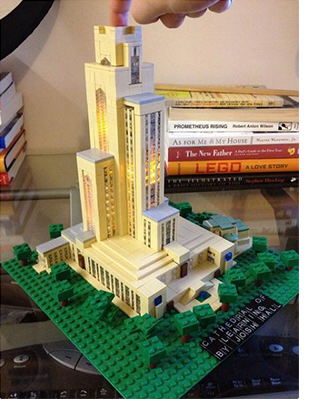 The construction of the Cathedral of Learning strained the University of Pittsburgh’s budget during the 1920s and ’30s. Even with the help of big-time donors, then Chancellor John Gabbert Bowman resorted to an early version of crowdfunding — soliciting 10-cent donations from schoolchildren.

Decades later, another Pittsburgher hopes to get crowdsourced support for the construction of a Gothic building. It’d be 534 feet shorter than the cathedral, though. And made of tiny blocks.

Hill District resident Josh Hall designed a LEGO model of the Cathedral of Learning for a 2012 contest held at Squirrel Hill’s S.W. Randall Toyes and Giftes. He ended up taking honors in the adult category.

Hall’s LEGO model currently is up for a vote on the toy company’s blog. So far, he only has a 200-some backers — falling short of the 1,000 LEGO requires before it sees if the would-be product has any licensing conflicts. Once a project receives support from 10,000 fans, LEGO promises to give the proposal some serious consideration.

Genius: With the touch of a button on the roof, the model — which isn’t even a foot tall — lights up from the inside. “Though [the cathedral is] lit from the outside, I wanted to feature some energy in the model, rather than the cold stone Gothic look that is so easily perceived,” Hall writes on his blog.

You may think you’re putting on a digital poker face if you don’t compose lengthy status updates about the Pens when you should be finishing that expense report. But you would be wrong.

The World Economic Forum’s “Top 10 Emerging Technologies” list, published last week, lauded a Carnegie Mellon project conducting research into how smartphones can track users’ emotional health. The team at CMU is looking at how the information stored on phones — such as data on relationships and use of social-media apps — over time can predict the onset of depression in users.

The forum, an international nonprofit committed to global development, also gave a shout out to Livehoods, another CMU venture that uses social-media analytics.

Researchers with Livehoods are using location-data apps including Foursquare and Facebook to measure how people’s daily routines and movement patterns mold a city’s character.