This Pirates Playoff Story Will Make Your Day

One family. Three generations. And a very meaningful pilgrimage to PNC Park. 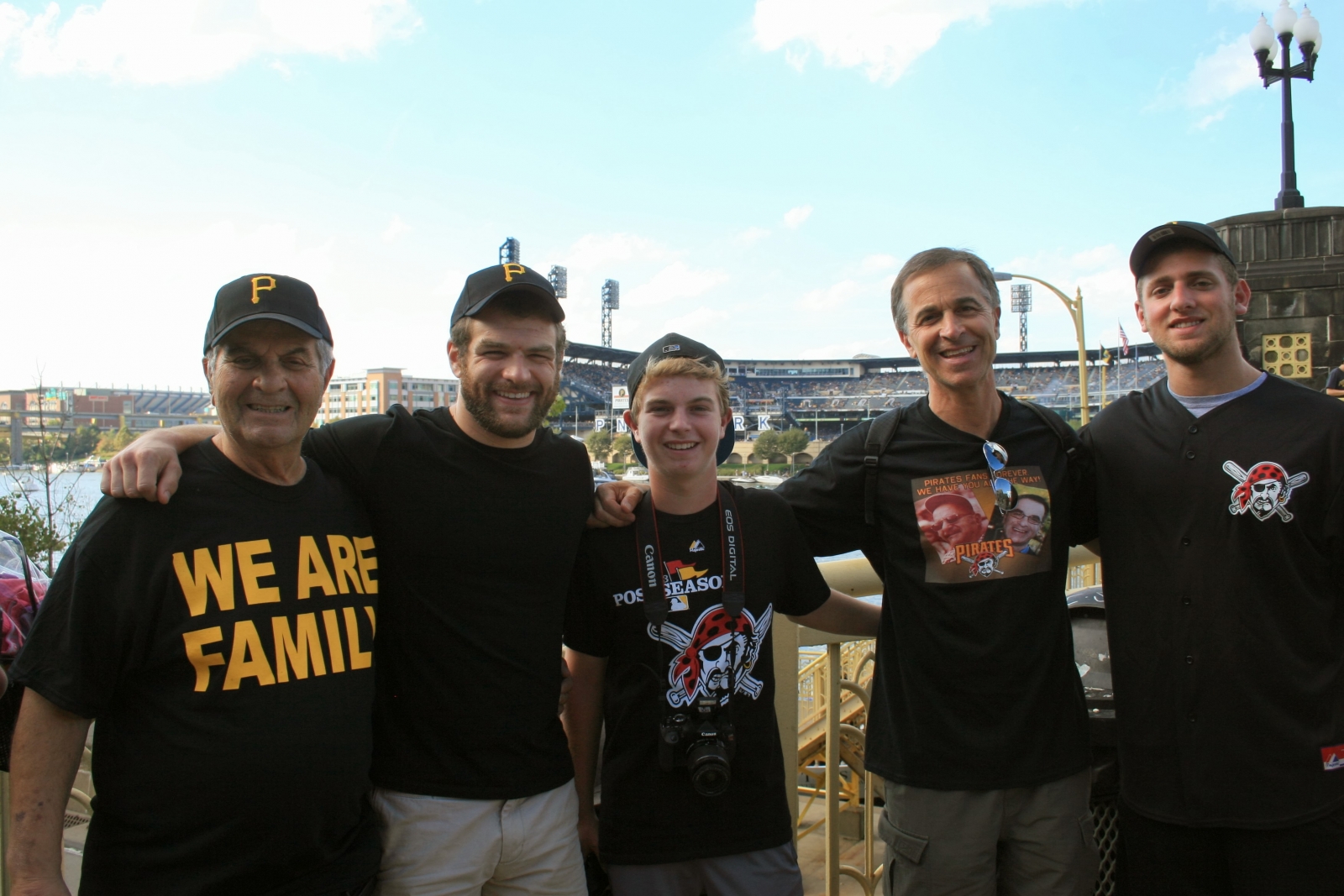 Photo courtesy of the Block family

Tens of thousands of Pittsburgh families have new stories to tell about Pirates playoff games and a baseball-crazed city. But of all the pilgrimages to PNC Park for the trio of postseason games hosted on the North Shore this year, few are as unlikely — or as meaningful — as the trip the Block family made.

“I’m a little superstitious. I knew the Pirates had a very good chance of getting to the playoffs, but I’m never willing to plan anything until it's sealed,” says Howard Block, a ’Burgh-raised consultant now living in Tiburon, Calif. “But when they beat the Reds, that’s when I began to organize.”

It wasn’t much time; the Pirates beat the Reds in the one-game Wild Card round on Tuesday, Oct. 1, and were scheduled for home games in the National League Division Series against St. Louis the following Sunday and Monday, Oct. 6 and 7. Howard wanted to get as many family members as possible to Pittsburgh to experience postseason baseball — and to honor the memory of the family’s two biggest Pirates fans.

Howard’s brother Steven passed away in 2010 at the age of 51. “[He] was so loyal to the Pirates,” Howard says. “He had moved away from Pittsburgh, but would come in for games and follow them devoutly through the internet.”

“That was instilled in him by [our] maternal grandfather, Isadore Berkowitz, who used to take us to Forbes Field many weekends,” Howard adds. Berkowitz died in 1993.

Bearing a t-shirt with Isadore and Steven’s images, Howard set out for Pittsburgh on Saturday, Oct. 5. His son Gregory was with him; his father, Gilbert, was en route from Naples, Fla. Steven’s son, Logan, came from New York City; another nephew, Alec Fishman, made the trip from Madison, Wis.

Three generations of Pirates fans — from four different far-flung cities — met in Market Square and headed for the Clemente Bridge. “It was overwhelming,” Howard says. “We were frozen in our footsteps by the drama of it.”

The Block family witnessed a dramatic Pirates win that afternoon. Even though the season ended a few days later, “you couldn’t have asked for more,” Howard says. “That game stands alone.”

For 20 years, young Pittsburgh thespians have entered the Pittsburgh Public Theater’s Shakespeare Monologue & Scene Project. In honor of that anniversary, they’re collecting stories from two decades worth of performers — and if you ever entered the one-of-a-kind competition, they’d like to hear from you.

The “Shakespeare Nation Project” aims to gather testimonials from the many talented performers who have appeared in the contest over the years. Led by Honorary Chair Gillian Jacobs — of NBC’s “Community”, and a former competitor herself — responses and photos from throughout the contest’s history will be distributed at this year’s finals in February.

Past competitors who’d like to submit their story should email Margie Romero at mromero@ppt.org by Nov. 15. This year’s showcase of finalists is scheduled for Feb. 17.

#FridayFun: Bulldog on a trampoline!