The former plantation in Collier Township once belonged to John Neville, a military officer and central figure in the Whiskey Rebellion. 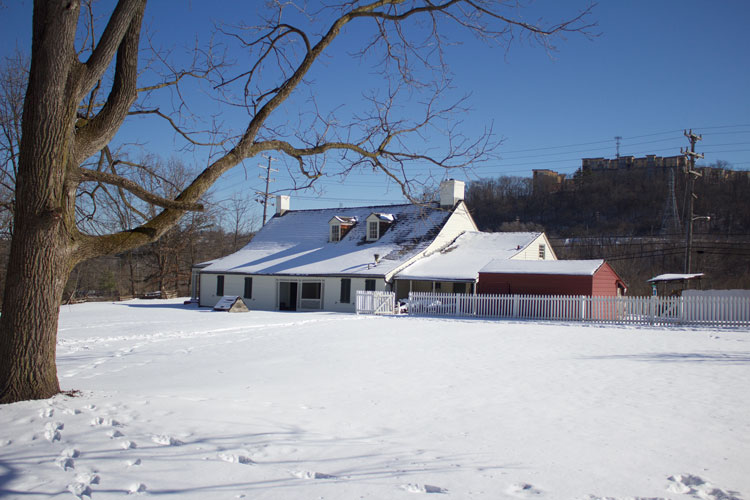 Aside from the Block House at Point State Park, Pittsburgh has few places where one can step across a threshold into a building that has stood since the first days of the United States. So Woodville Plantation in Collier Township, which opens to the public for another season this month, would be a treasure even if it weren’t once the property of one of the most consequential — and controversial — figures in Pittsburgh’s early history.

Sandwiched between Interstate 79 and State Route 50, the one-and-a-half-story white frame house with green shutters and a cluster of outbuildings seems too modest to qualify as a plantation. But looks deceive. Woodville belonged to John Neville, former commander of Fort Pitt, a prosperous Virginia land speculator, farmer and slaveholder who owned 1,100 acres in the Chartiers Creek valley near the end of the 18th Century. 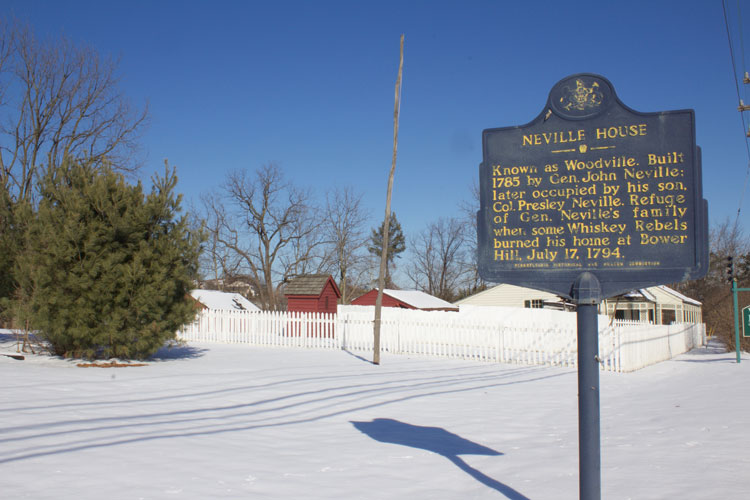 Neville and his family had been in Pittsburgh only two years when he and his son, Presley, went east to serve in the Continental Army. Meanwhile, Neville’s 28 slaves built Woodville and Neville’s Bower Hill Manor and began planting and harvesting rye, which they then distilled into whiskey. After the Revolutionary War, the Nevilles returned to Pittsburgh and busied themselves in politics and society, occasionally venturing out from their house in Pittsburgh to Chartiers Creek to take in the country air and check on operations, including their enormous 500-gallon still.

The whiskey led to trouble. John Neville was appointed to collect a new federal tax on distilled spirits in 1792, and angry farmers protesting the tax confronted him in 1794 at Bower Hill, his larger house, a center of the plantation, located a half mile from Woodville. Things got violent, the mob torched Bower Hill and the Whiskey Rebellion was born — only to be snuffed out months later by the arrival of federal militia. Neville escaped, but he didn’t return to Bower Hill, moving instead to his townhouse on Water Street in Pittsburgh. His slaves were freed upon his death in 1803. Presley sold Woodville in 1814 and moved to Ohio. 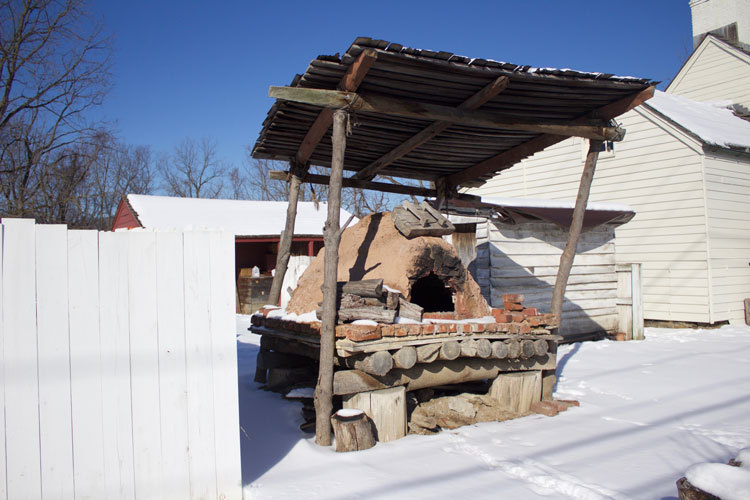 Enter Christopher Cowan. The Irish immigrant who had founded one of Pittsburgh’s first cut nail making machines, a slitting and rolling mill and the first steam driven pile driver was making a fortune manufacturing nails, saws, shovels and other ironware for the growing city. He knew Woodville well — his wife, Eliza, was John Neville’s niece, and his in-laws had been married at the house.

In 1814, Cowan sold the rolling mill and bought Woodville. He and Eliza moved to the country for good. They made some additions to the house, decorated handsomely, and raised seven children there. In the evenings, they played music in the formal parlor on a newfangled pianoforte. 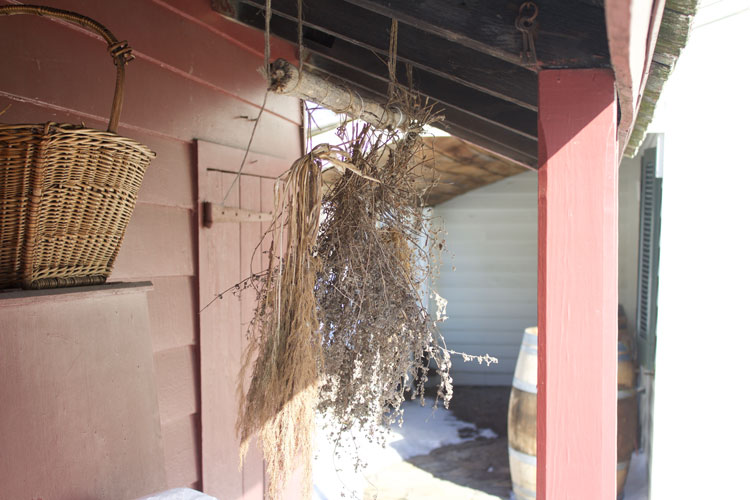 Their descendants lived on the property until 1974, when the Pittsburgh History & Landmarks Foundation bought it. Now owned by the nonprofit Neville House Associates, Woodville Plantation offers several interpretive programs staffed by docents in period clothing.

A framed sketch of Christopher Cowan adorns the dining room, and there’s a tall clock he brought over from Ireland. Meanwhile, a silhouette of John Neville hangs in the entry hall, looking down on the latest travelers who’ve arrived from the trail just outside his front door.