This Old Pittsburgh House: Where a Voice Was Born 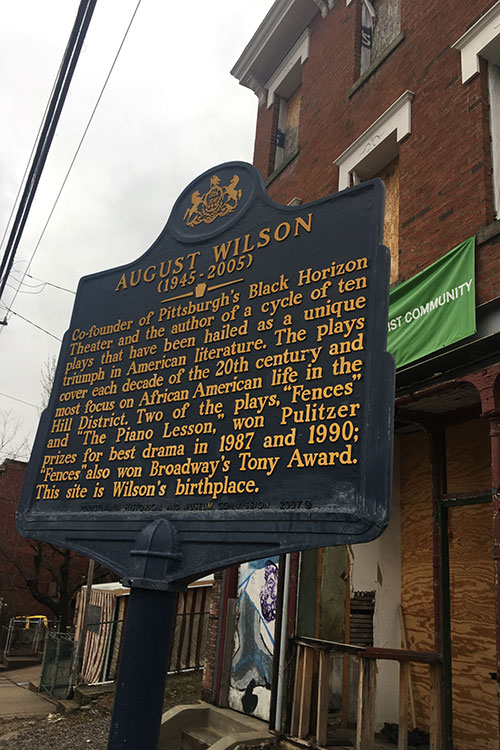 In August Wilson’s cycle of 10 plays, all but one are set in the Hill District, where the celebrated Pittsburgh playwright was born and raised. Now through June 3, audiences can see Wilson’s “King Hedley II” performed in the neighborhood where it takes place, on a stage outside the author’s childhood home at 1727 Bedford Ave.

The property serving as the backdrop for this production consists of two connected brick buildings: a narrow, two-story house dating from the 1840s tucked behind a three-story storefront with an upstairs residence built in the 1880s. From his birth in 1945 until he was almost 13, when the family moved to Hazelwood, Wilson shared a two-room coldwater apartment in the older building with five siblings and their mother, Daisy Wilson, who watched her children play in the fenced back yard from her kitchen window. The storefront facing Bedford Avenue was Bella’s Market, a Jewish-owned grocery during the years Wilson lived there.

Were it not for a state historical plaque outside, the boarded-up structure might seem unworthy of note. But Wilson’s work often concerns itself with the deeper significance in everyday surroundings. So it is with this house, which indisputably loomed large in his imagination long after he moved from Pittsburgh. It is the setting for his 1940s play “Seven Guitars” — though the address is not named, the stage directions painstakingly lay out a building and backyard precisely matching 1727 Bedford. Wilson’s introductory note to the play makes his intent clear: “I happen to think that the content of my mother’s life — her myths, her superstitions, her prayers, the contents of her kitchen, the song that escaped from her sometimes parched lips, her thoughtful repose and pregnant laughter — are all worthy of art.” 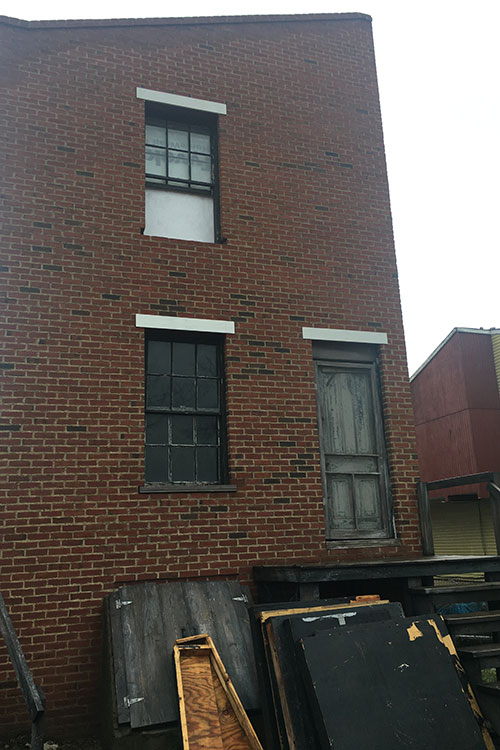 Paul Ellis Jr., Wilson’s nephew, grew up enthralled by the narratives his uncle would weave late into the night during visits back home. “It used to amaze me he had so many stories in his head,” Ellis says.

In early 2005, the attorney and longtime Hill District resident bought the property, which had lain vacant for several years and had begun to totter and crumble. That April, at the premiere of his uncle’s play “Radio Golf” at Yale Repertory Theater, Ellis surprised Wilson with the news. They talked briefly of Ellis’s plans to “do something significant” with it. But the two men never spoke again. Wilson was diagnosed with severe liver cancer that June and died in October.

Now owned by the nonprofit Daisy Wilson Artist Community, which Ellis founded, the Wilson birthplace has been added to the National Register of Historic Places. Pittsburgh architect and preservationist Rob Pfaffmann has overseen substantial exterior renovation and stabilization. Nationally acclaimed landscape architect Walter Hood of UC Berkeley is designing the grounds, and interior work could begin as soon as this fall to convert the property into a multi-use art space with galleries, workshops and a sidewalk café.

“I wanted to play a significant role in the transformation of the Hill,” Ellis says. “I consider it an honor and a blessing to be able to contribute and have a positive role.”