This Old Pittsburgh House: The History of a Hamlet

This Gothic Revival home continues to impress 164 years after it was built. 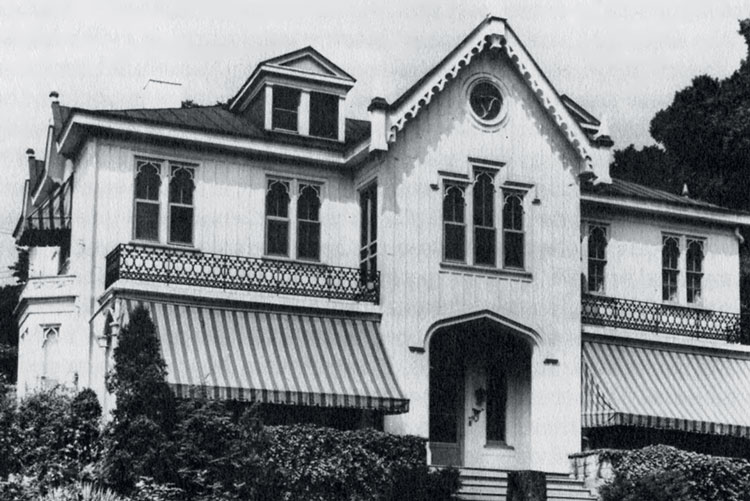 It’s often thought the white-picket fence and tire-swing suburban ideal evolved after World War II, when many families fled the big cities in search of a slower pace. Long before that though, a group of Pittsburghers sought to escape urban life and build their own suburban paradise.

The Evergreen Hamlet, established in 1851 by local lawyer William Shinn and five others, was meant to ensure these families had “the advantages and comforts of the country at a moderate cost, without doing violence to the social habits [incidental] to city life,” according to its constitution.

On the hillside property in Ross Township, the founders envisioned 16 families living, working and building their community together. They made plans to build stables, orchards, cow pastures and a school for their children. After surveying and planning, the members of the Hamlet began building in 1851.

Modeled after an earlier neighborhood in New Jersey, the Evergreen Hamlet is considered to be one of the first American Romantic suburbs. After the secluded utopia failed, however, the Evergreen Association disbanded in 1866. The community did not flourish because residents governed by strict rules, but it left behind four Gothic Revival cottage-style homes. 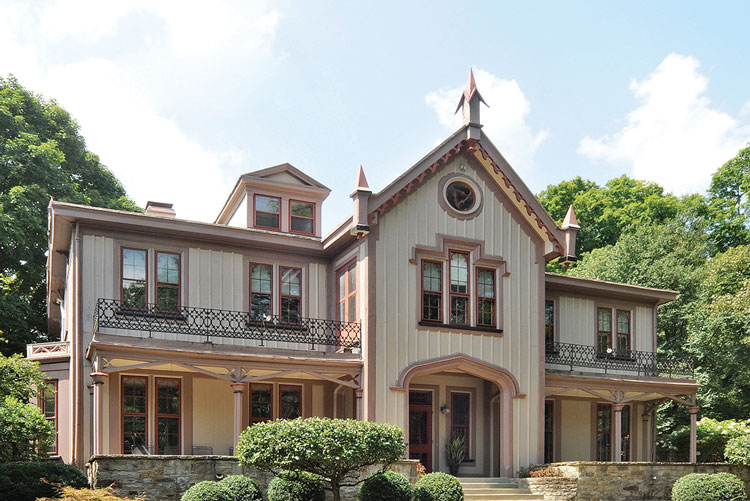 One of these is the Hill-McCallam-Davies house, known as Rosehill. Listed in the National Register of Historic Places, the home, along with the three others remaining from the Hamlet, has remained intact since 1852.

J.W. Kerr, at the time a popular Pittsburgh architect, designed the home. He is thought to be the main architect for all of the homes of the Hamlet, along with the Western Pennsylvania Hospital constructed in 1848 and other buildings.

The home was built on 8.46 acres surrounded by oaks and pines. It is grand, secluded and intricately designed. With its floor-to-ceiling windows and delicate mouldings, the facade immediately stands out as a historic mix of Gothic and cottage influences.

The five-bedroom home spreads across 6,400 square feet, with a veranda stretching across the front and sides, enhancing its size and Gothic design.
William A. Hill, one of the founding members of the Evergreen Hamlet and a stockbroker who worked on Wood Street, Downtown, is thought to have brought from France the rose-decorated glass that still adorns the front door.

“The place has a charm and a faded provincial elegance that induce in the observer a pervasive, if rather half-hearted, nostalgia,” wrote James D. Van Trump about the Evergreen Hamlet in his 1983 book, “Life and Architecture in Pittsburgh.”

The house is inhabited by its fourth family and maintains its rich history and romantic design.