Stephen Foster was born at 3600 Penn Ave., which later, in a musical connection, was owned by the founder of the American Wind Symphony Orchestra. 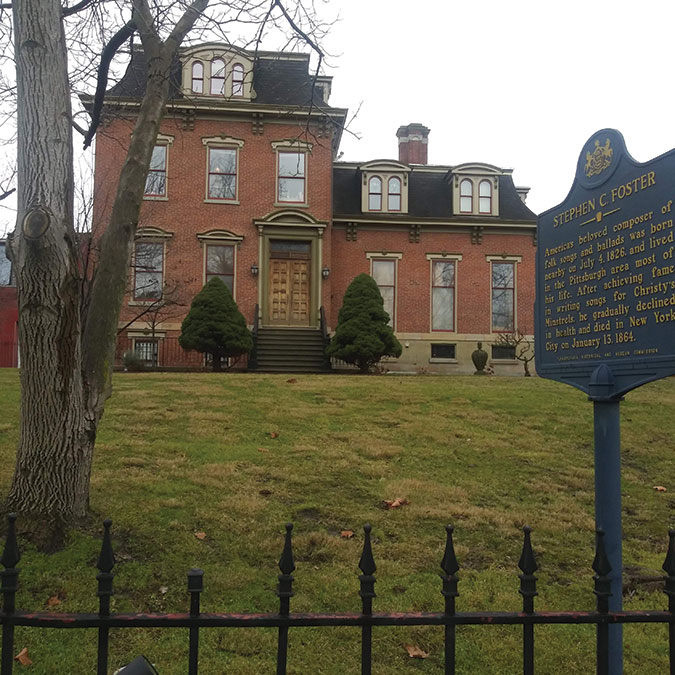 Kentucky, the Swanee River, Camptown racetrack: Stephen Foster’s popular music is replete with geographic references both real and fanciful. But a stark omission in the catalog of the celebrated — and increasingly censured — 19th century composer is his hometown of Pittsburgh. That may help to explain why Foster’s birthplace has endured its own hazy and controversial history.

William Foster, a well-connected business partner of the first mayor of Pittsburgh, bought 123 rural acres east of the young city in 1814 and founded a suburb there. He named it after Capt. James Lawrence, who, mortally wounded in a naval battle in the War of 1812, had famously exhorted his crew: “Don’t give up the ship!” (The fact that they actually gave up the ship after he died somehow failed to blunt the slogan’s appeal.) 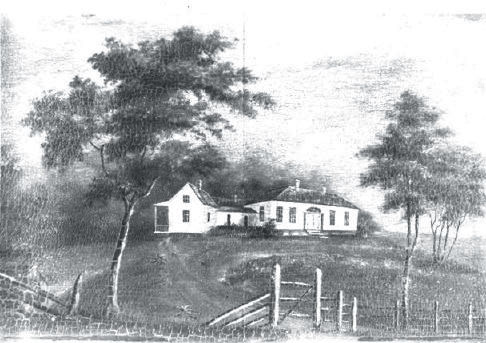 William Foster sold a section of Lawrenceville to the U.S. government to build Allegheny Arsenal, which he personally toured with President James Monroe. He also built a handsome white wooden cottage with green shutters on the old Philadelphia Turnpike, now Penn Avenue, for his growing family. On July 4, 1826, the day his son Stephen was born, William Foster hosted a banquet with Pittsburgh’s mayor in a grove behind the house, toasting the nation’s 50th birthday. What he didn’t reveal to the revelers was that the bank had foreclosed on his mortgage. The following year the family was forced to move. 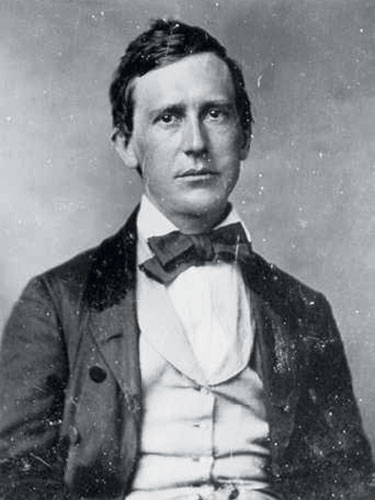 The elder Foster would spend the rest of his days struggling to avoid poverty — a fate his son would share. Despite penning “Oh! Susanna” and countless other hits of the era, Stephen Foster died in near squalor in New York in 1864. Later that year, iron manufacturer Andrew Kloman bought the old homestead, tore down the cottage and replaced it with the stately Second Empire brick house that remains to this day.  Fifty years later, steel mogul James Park bought the house and gifted it to the city as a memorial to Foster. The composer’s daughter, Marion, moved in as a caretaker and stayed the rest of her life, giving piano lessons into her 70s.

Then in 1934, auto tycoon Henry Ford announced he was adding Foster’s birthplace to Greenfield Village, his museum of historic American buildings. Ford’s agents were convinced that the composer had actually been born in an old cottage two blocks down Penn (where the Doughboy statue now stands), so they bought that house and moved it to Michigan. It wasn’t until 1953 that the Ford people admitted their blunder.

By then, the city had gotten rid of the house at 3600 Penn. It was a funeral home for 20 years, then sat decaying until 1979, when it was purchased by Robert Boudreau, whose American Wind Symphony Orchestra serenaded audiences from a floating stage moored at the Point. Boudreau converted the property to apartments and a land-based office for his riparian concert venue. He planted pear and apple trees and replaced the funeral home’s parking lot with a lawn where the band would give free performances.

“We don’t think too much of Stephen Foster anymore, but during his time he was an incredible composer,” says Boudreau. “The fact that he lived there always meant a great deal to me.”

He sold the property in 1997 to the current owners and used the proceeds to buy a 100-acre farm in Pine Township. Turning 92 in April but hardly slowing down, the maestro splits his time milking goats and sketching out a new repertoire for his old boat, Point Counterpoint II, which relocated last year to Lake Okeechobee in south Florida — way down beyond the Swanee River.

This article appears in the March 2019 issue of Home & Garden.
Categories: HOME + Design