The former home of the Kerr family has been refashioned into a museum showcasing life at the turn of the 20th century. 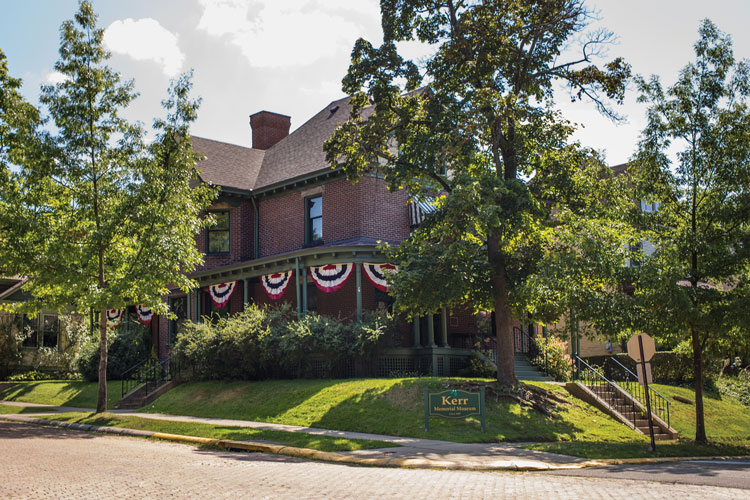 When Jane Foster gives tours of the Kerr Memorial Museum in Oakmont, she says she likes to pretend the family has stepped out for a bit and will return soon.

It’s easy to imagine that’s true, given that the interior of the Queen Anne-style home has been completely fashioned to replicate the time period when Dr. Thomas R. Kerr commissioned it in 1897.

Kerr and his wife, Jessie, had one daughter, Virginia, who lived in the house until her death in 1994. She willed the house to the borough of Oakmont. A steering committee was formed to determine how best to use the home, and members thought it was a perfect example of a house at the turn of the century. The committee set out to raise funds, restore the home to its original glory and create the museum (kerrmuseum.com). They enlisted Anne Genter, an interior designer in Sewickley, as an adviser to ensure everything would be authentic, and the museum opened in 2002.

“There have been no architectural changes at all to the house,” Foster says. “I think we have a jewel in Allegheny County.”

Foster is a member of a seven-person board that was commissioned by the borough to oversee the museum’s maintenance and operations. One person shines the silver; another takes immaculate care of the linens. Other volunteers assist in various ways; for example, the Garden Club of Oakmont maintains the flowers outside.

Although many of the items on display belonged to the Kerr family, the museum is meant to be representative of any typical middle-class family home at the turn of the century. The kitchen holds a number of authentic items, including an ice box and a speaking tube connected to an annunciator to allow communication with the maid’s room on the third floor. In the master bedroom, another speaking tube leads outside in case someone with an emergency had to call on the doctor late at night.

The four-room basement, which includes a classroom for visiting students, contains everything one would need for canning as well as items such as a popcorn popper, chestnut roaster and a special container meant to hold excess string. “Victorians wasted nothing,” Foster says. 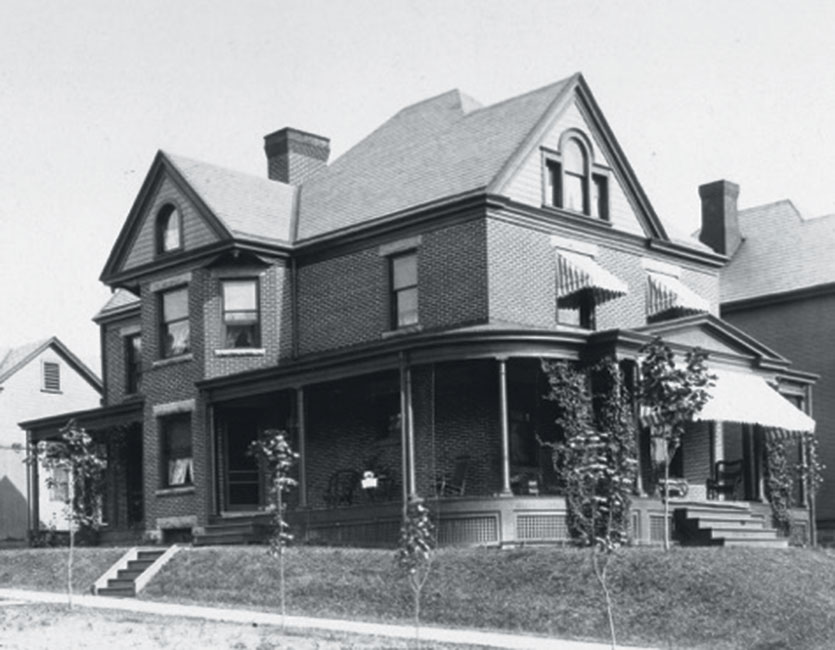 And Virginia, who was a teacher in Oakmont for 42 years, kept everything, Foster notes. The soap and toiletries displayed in the bathroom were found in the attic. The last load of coal delivered to the house still sits in the basement.

Thomas Kerr originally practiced from his home office until he was treating patients with contagious diseases — potentially scarlet fever — and a young Virginia toddled in to see her papa. That was the end of his at-home practice; he moved into a separate office next door. His office space inside the home has been recreated, with a leeching bowl, his medical journals and his doctor’s bag.

A spare bedroom serves as a space for rotating exhibits. Through Nov. 13, items showcasing Victorian transportation will be on display; through the summer the topic was “Summer Activities and Pastimes” to coordinate with the U.S. Open, held in June at the Oakmont Country Club.

Guided tours are held from 10 a.m. to 2 p.m. on Saturdays or can be scheduled for groups of eight or more.