This Old Pittsburgh House: ‘If Only the Walls Could Speak’

From serving as a post office to becoming a rumored Underground Railroad stop, this Edgeworth home has been packed with history over the course of 200 years. 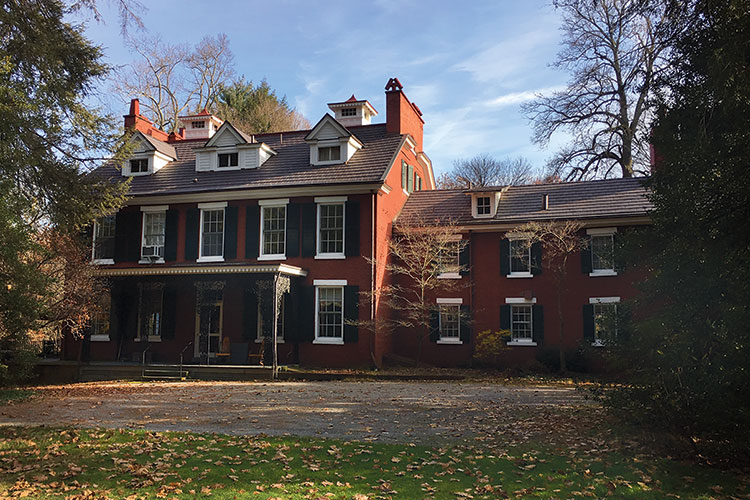 Jay Brooks looks wistfully around his home and says, “If only the walls could speak.”

The home in Edgeworth, which Brooks acquired in 1998, was built in 1816 and expanded to its present size in 1823. In that time, it’s been passed down from one family member to another while serving important roles throughout major moments in American history.

One of Brooks’ ancestors, Daniel Leet, served in the Virginia and Pennsylvania militias during the Revolutionary War.  Nearby Leet Township is named for the family.

After the war, unsettled land west of the Allegheny Mountains was auctioned off to soldiers who needed to cash in their payslips. Leet purchased land in 1785. His daughter Eliza, with her husband, David Shields, later moved from Philadelphia to the Sewickley Valley and built the home, which today is listed on the National Register of Historic Places as the David and Eliza Leet Shields House.

The home was designated as a post office in 1824. David Shields became the postmaster, interacting with people traveling west and running a blacksmith shop on site where horses could rest; Eliza ran a school there.

The post office closed in 1857 when railroad transportation decreased the need for travel by Conestoga wagon. Even after the post office closed, the home continued to serve as part of the Underground Railroad. After fleeing the southern, slave-owning states, runaway slaves rested at the house before continuing on their journey. 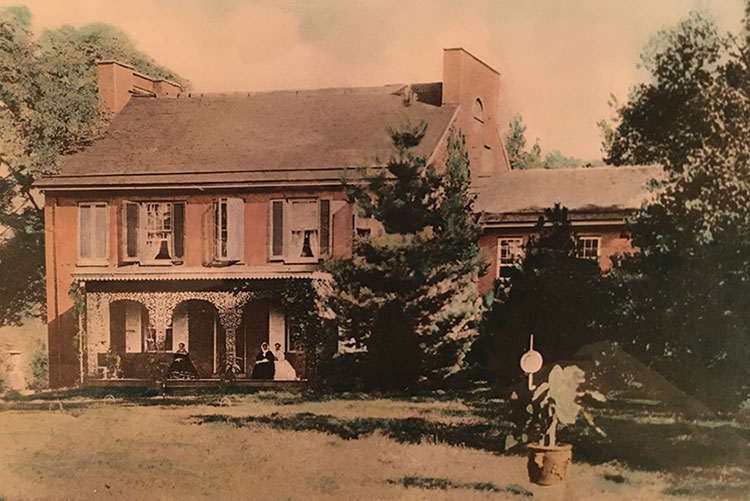 Eliza inherited the home after David Shields died. She in turn left the home to her two daughters, who gave it to their niece, Brooks’ great-grandmother. Brooks’ parents inherited the house in 1959 and left it to Jay and his brother in 1995. Jay then acquired the home.

Tapping the porch, which he says needs to be rebuilt this spring, Brooks says he’s always working to maintain to the historical home. He’s discovered the way to fix plumbing in a brick house without destroying the structure is to take off the door frames and run the pipes there: You’ll find that all of the bathrooms are above a doorway, he says.

He’s added modern heating and new kitchen appliances, but historical touches abound and make up the majority of the home. The chest in the main hallway dates back to 1773. The hutch in the kitchen — Brooks’ “clutter bin” — is from David and Eliza’s own kitchen. And there are fireplaces in nearly every room, dating back to a time when they were the only means for heating the home and for cooking. Outside, there are concrete steps for women to mount a horse side-saddle.

“If the walls could talk, you’d hear arguments about Andrew Jackson and the Kansas-Nebraska Act,” Brooks says. “We don’t get to choose our ancestors, but I’m really proud mine formed a community around here.”