The brown brick, Queen Anne-style home in Shadyside is as rich in history as it is in music. 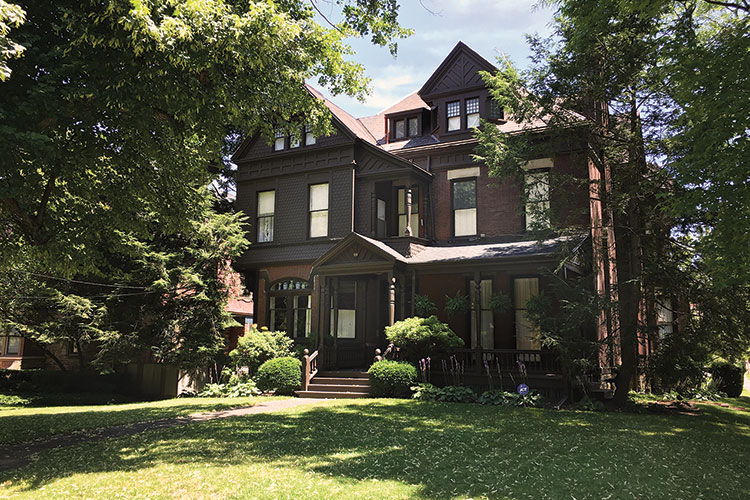 The imposing brown home on the corner of Amberson Avenue would be noteworthy even if it were not the subject of a memoir. For those strolling by at the right moment, the Queen Anne-style manse can be a delight for the ear as well as the eye.

In the 50 years since he moved his family into the three-story gabled brick house in Shadyside, Francis Fairman III has played the piano every evening. Mostly self-taught, the World War II Navy veteran and former nuclear engineering manager at Westinghouse began studying orchestral composition in his 70s.

Even now, at 95, he spends at least two hours each night at his Steinway concert grand piano playing Gershwin, Debussy or his own symphonic compositions, some of which have been performed and recorded in European concert halls. He plays as he once did for his children decades ago, and as he still does for his grandchildren when they visit, and now for his great-grandson, Francis Fairman VI. He plays as he did six years ago for his beloved wife, Gene, to comfort her as cancer took her away.

“One of the reasons he can’t move anywhere else is there’s nowhere he can put a concert grand piano,” says Mimi Fairman, the youngest of his three children. She was a toddler in 1968 when the family moved in, and recalls the place, with all its nooks and secret closets, as a hide-and-seek paradise. Every year, a majestic Christmas tree nearly scraped the parlor’s 11-foot ceilings. 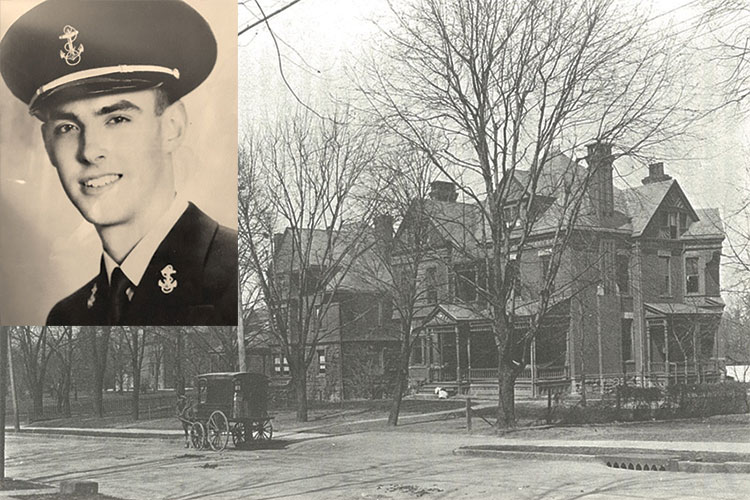 Childhood memories also fill “The Spencers of Amberson Avenue,” written in 1959 by Ethel Spencer, one of seven children in the family who were the home’s original residents. Spencer’s reveries include sliding down the cellar door, monkeying with the window shutters and sliding doors, and giving the maids fits tracking dirt through the hallways.
The book, originally meant as a gift to the author’s brothers and sisters, was published in 1983 by University of Pittsburgh Press. It provides a detailed window into a time when horses pulled delivery wagons down Shadyside’s still-unpaved streets. The children’s father, who worked for Frick Coke, was a talented amateur photographer whose pictures add glimpses of what life was like for an upper-middle-class family at the turn of the last century.

Built in 1885 by a judge for his daughter and her new husband, the house has changed remarkably little since then. Upstairs fireplaces still have the Taylor burners the Spencers would activate with a key before striking a match to light them. Throughout the house, an electric system for calling servants rings a bell and pops up a small nameplate on a device back by the kitchen to indicate where the summons came from.

After 22 years of living and working in Europe, Mimi Fairman moved back into her childhood home in 2015 and is now the executive director of international development at Carnegie Mellon University. She and her French husband, Willy Hiret, a painter and gardener, live in the former servants’ quarters on the third floor. Her son, Jasper, lives with them when he is not away at college. Occasionally her sister and brother, Fleur and Francis IV, come to visit with their families. Their father is always happy to provide an impromptu piano concert.

“I don’t know if I’ll keep it forever like he has, but everybody loves the house,” says Fairman. “There’s just something about it. Even my daughter says she hopes I don’t sell the house, and she lives in New York.”

This article appears in the October 2018 issue of Home & Garden.
Categories: HOME + Design