This Old Pittsburgh House: A Ghost in the Library

It's said that the mischievous spirit of Amanda Bayne Balph still haunts the red brick Victorian home in Bellevue. 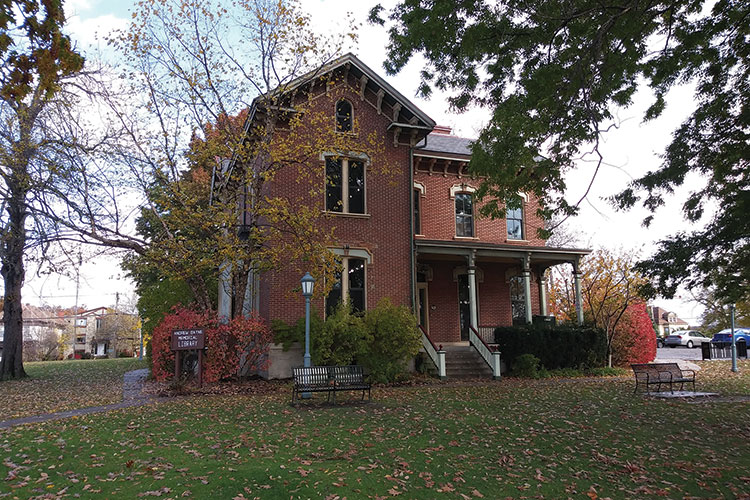 Alone in a small park set back from Bellevue’s main street stands a red brick Victorian house that, so the story goes, is haunted.

The ghost of Amanda Bayne Balph is still a resident at the Andrew Bayne Memorial Library. The childless widow willed her home to the borough upon her death in 1912 in memory of her father. She is said to be a mischievous spirit who flicks the lights and knocks the occasional book off a shelf. Some believe she is perturbed by the loss of her beloved elms, which her will shielded from developers but could not save from Dutch elm disease. 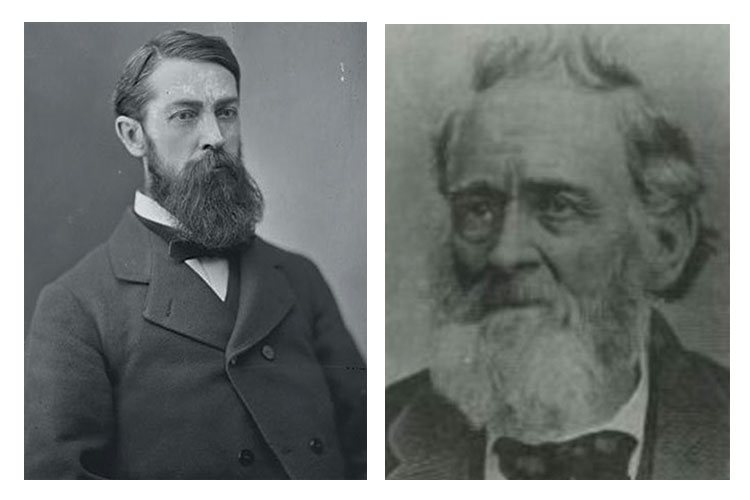 Oddly, there are no ghost stories about her older brother, congressman Thomas Bayne. He would seem a likely candidate, given that his body once lay on a bier in the parlor after he shot himself in the head while in Washington, D.C.

Their father, Andrew Bayne, was an Allegheny City politician elected to the state General Assembly in 1831 on the short-lived, proto-Republican Anti-Masonic ticket. Later, as sheriff, Bayne hanged a confessed murderer named James Galligo, conducting the county’s first execution behind jail walls rather than in public.​

Bayne bought a spread of more than 100 acres north of the city limits where he and his wife, Mary Anne, raised three children: Thomas, Jane and Amanda. The oldest, Thomas, served as a colonel in the Civil War and passed the bar when he returned. He represented his neighbors in court in 1867 when they broke off from Ross Township to become Bellevue. He was elected district attorney in 1870, and shortly thereafter married Ella Smith, the young daughter of a wealthy patent medicine inventor. In 1876, he was elected to Congress as a Republican, the first of seven terms.

Then in 1890, having defeated a primary challenger and seemingly on track for his eighth term, Thomas shocked his party by retiring. His health was suffering, he explained, and he had promised Ella it was time to enjoy the life their prosperity afforded. The couple took a European spa tour, hoping it might help with his tuberculosis, and returned to a lovely new home on Massachusetts Avenue.

There, in 1894, while Ella was away, Thomas spent a sleepless night coughing up blood. The next day he put a pistol to his temple. 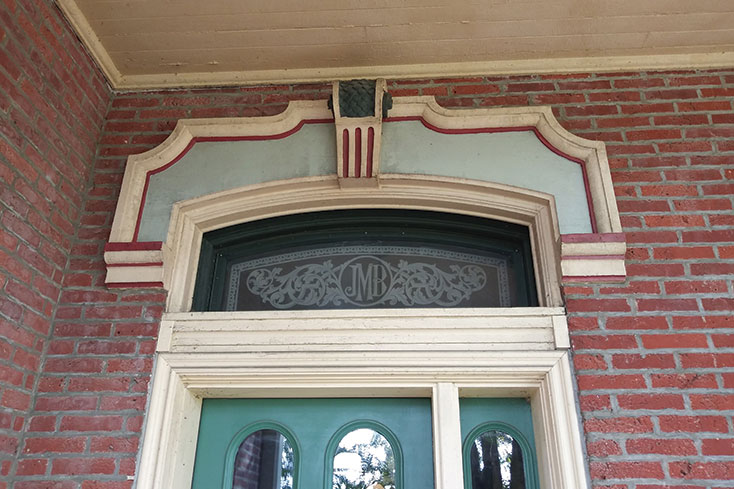 His body was returned to Bellevue for the funeral in Amanda’s large parlor. The youngest of the siblings, she had married first. Her architect husband, James Madison Balph, built her a fine Italianate house on the family’s land in 1875; his initials are still etched in the frosted glass transom over the front door. Ella reportedly was too upset to accompany her husband’s remains to Pittsburgh. Even today in the family plot at Union Dale Cemetery, there are seven graves: the Baynes, their two daughters with their husbands, and Thomas, alone.

Ellen Goodman, the library’s director, says there are advantages to being in a 140-year-old house, even if her office is in the former servants’ quarters. “I joke that what we lack in amenities we make up for in Victorian splendor,” she says. “There’s a lot of aesthetic beauty here.” Six Italian marble fireplace mantels, for instance. The carved main staircase climbs to a landing crowned by a new stained glass panel that memorializes the Lone Sentinel, the last of the elms to die. The parlor’s 11-foot windows also can be dimmed with retractable shutters for solemn events, such as a congressman’s funeral.

This article appears in the January 2019 issue of Home & Garden.
Categories: HOME + Design