This is What Pittsburgh Thinks of the NFL Lockout

The latest in lockout fashion hits the street corners of the Steel City. 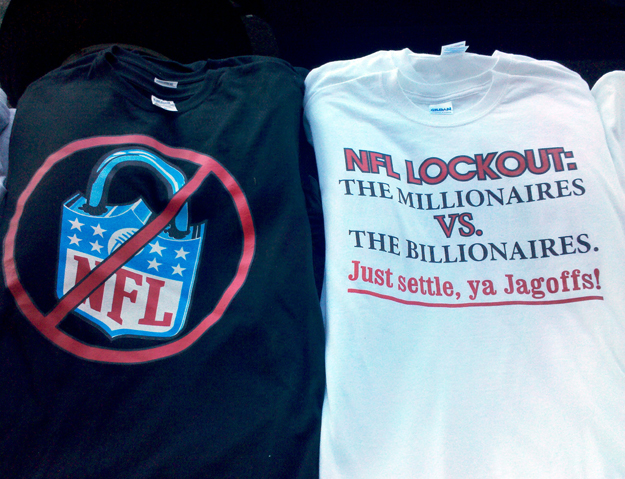 Check out these eloquent t-shirts currently being sold by street vendors in Pittsburgh’s Strip District.

In other lockout-related news, several NFL teams have started to lay off or slash the pay of their employees, including the Lions, Raiders, Cardinals and Jets. The Ravens cut staff pay by 25 percent, but once the news became public, they thought better of their PR blunder and paid the money back.

Most of the people feeling the cuts are administrative and support staff who have nothing to do with this mess. Still, the owners need more money, apparently. It costs approximately $3 million a day just to keep Al Davis alive, and if you think your Comcast cable bill is nuts, just think of what Jerry Jones pays for Cowboys Stadium’s 3,000 TV screens. 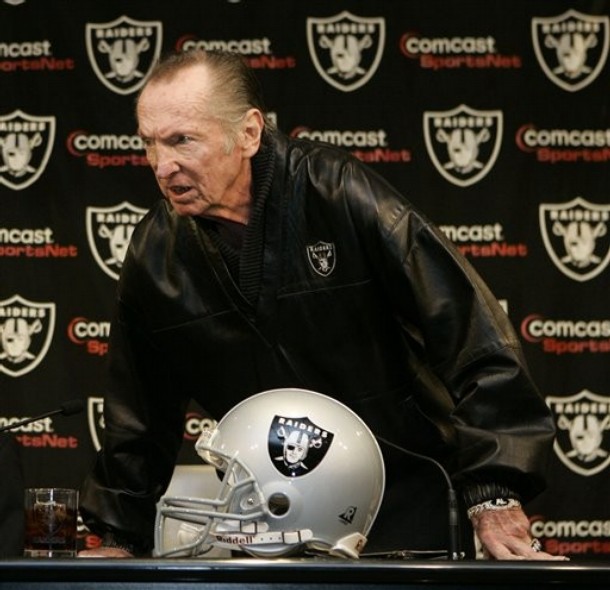 This man is kept alive by a daily smoothie of prunes, liquified greed and puppy tears.

Luckily, the Rooney’s have not made any moves to cut staff or furlough pay thus far.

With the owners and players failing to come to an agreement, the fate of the 2011 season is now in the hands of lawyers. Just settle, ya’ jagoffs. Shakespeare couldn’t have said it better.

Why the NFL Lockout Should Make You Madder Than Hell