With the Mansions on Fifth proving the perfect backdrop, Katie Sasinoski and Matthew Tumas created a perfectly elegant yet nontraditional day. 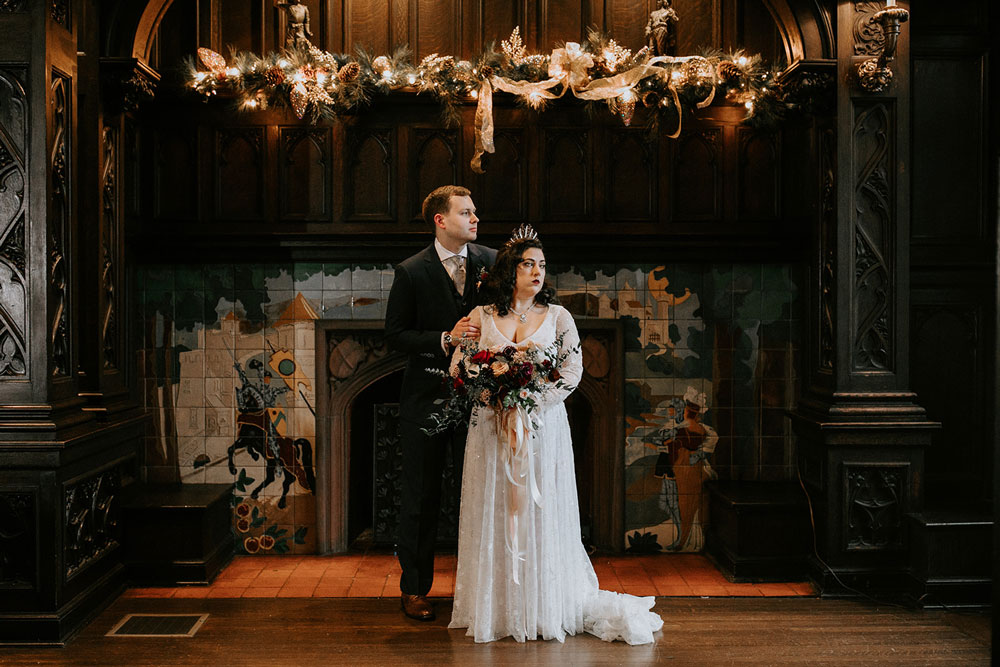 When Katie Sasinoski and Matthew Tumas got engaged on May 3, 2018, they knew they wanted a wedding that was refined but still had a feeling of warmth.

They were married on Dec. 14, 2019, at Heinz Memorial Chapel, and held their reception at The Mansions on Fifth in Shadyside. They didn’t initially plan for a winter wedding, but the dates were the most convenient for their venues and the season complemented their deep, earthy color palette.

“My only requirement for a wedding venue was that it had a fireplace and for the fireplace to be lit,” Katie says. “I just wanted that feeling of [being] surrounded by your friends and family and you’re just warm and cozy.”

From Katie’s rose-gold and alexandrite ring to their casual-style rehearsal dinner, their celebration was as beautiful as it was non-traditional.

Katie says she initially didn’t want a traditional rehearsal dinner but because Matt’s family as coming into town they needed a way to receive all of the out-of-town guests. It ended up being one of her favorite parts of the weekend.

“What we ended up doing was we had everybody in the presidential suite [at The Mansions] and just ordered pizza,” she says. “It was so much fun.”

In addition to the classic cookie table, the couple also offered a hot chocolate bar at their reception.

“We were trying to think of something unique,” Katie says. “My sister had an ice cream bar at her wedding with frozen custard. I thought, well, it’s winter, so we can’t do that, but who doesn’t like hot chocolate?”

The couple’s wedding photographer, Rachel Rowland, captured the coziness of their celebration. Rowland says photos present not only a single image but also the emotion surrounding the image taken.

“My photography is very organic, very emotional,” Rowland says. “I’m not just in the photo business, I’m in the legacy business.”

One of the photos the couple were most excited about was one that makes them look like ghosts. 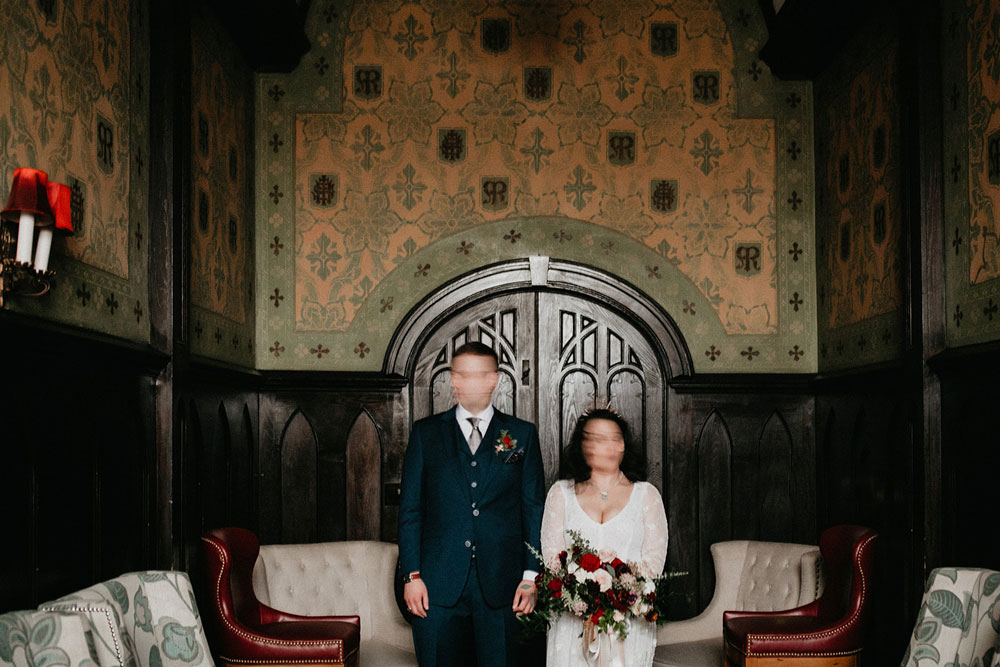 “I told [Rowland] I used to work in a haunted house,” Katie says, “and I wanted one picture that was going to scare the crap out of my grandchildren.

“I’m going to slide that into a frame somewhere around the house, so that when my grandchildren or our great-grandchildren stumble upon it, they’ll be like, ‘wow, they were creepy. What a couple of weirdos.’”

Rowland says these types of photos are some of her favorite things to shoot.

“The photos that we take now … are tangible, physical documentation of our lives, of who we were, who we loved, how we loved,” Rowland says. “I remind people, think about your grandma. There’s probably a picture of her on a beach in a really cute, curvy bathing suit with her hair pinned back in curls, and you probably look at that photo like, ‘damn, grandma. You were so hot. You were so cool.’ And we’re going to be those grandmas and grandpas one day.” 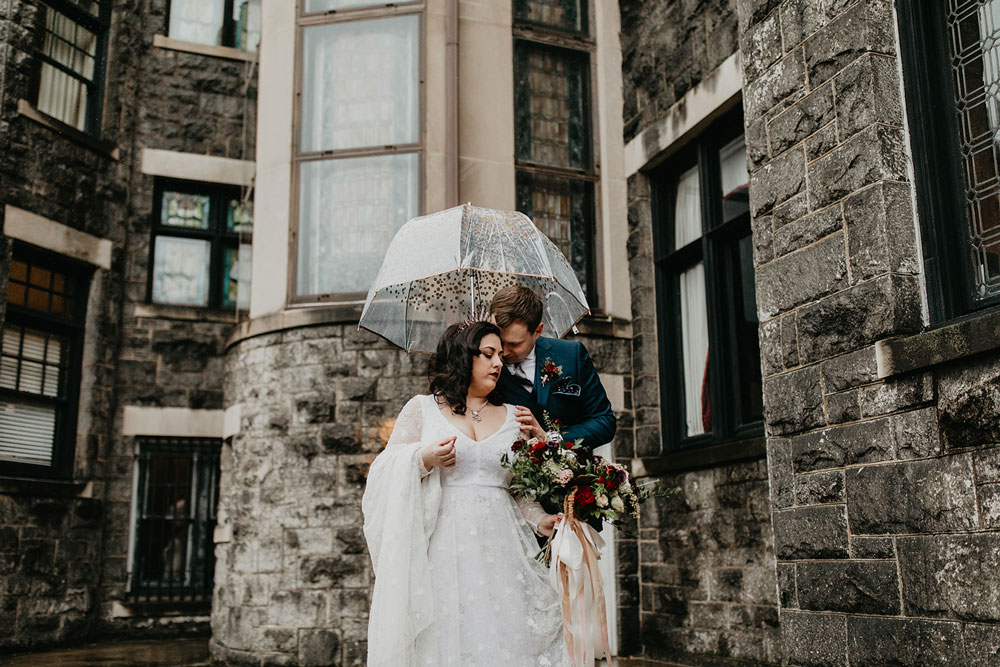 Since their wedding, Matthew and Katie have welcomed a daughter and are enjoying their parental leave together with their cat, Socks. Their advice for other couples planning their wedding is to have fun, because what’s truly important is the marriage waiting on the other side.

“You know, you don’t have to necessarily do things the traditional way,” Katie says. “You can have a lot of fun and spontaneous moments without planning them so meticulously. … As long as you end up married, I’d call that a success.”