Located in one of Pittsburgh's most sought-after neighborhoods, the three-story home has been updated multiple times. 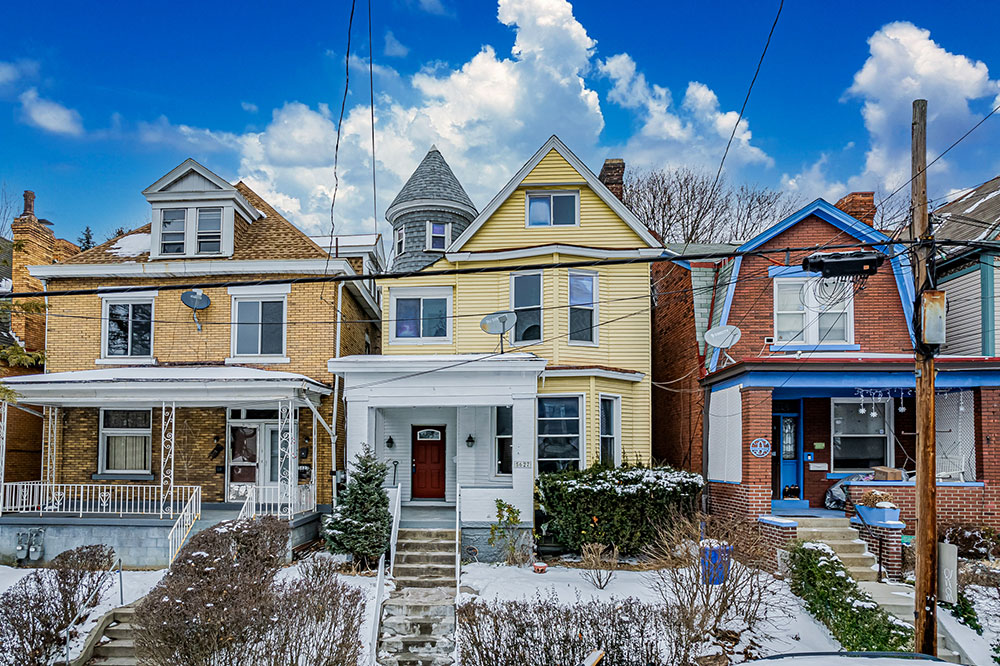 Homes, like neighborhoods, go through many changes as the years go on, and in Pittsburgh’s East End, the transformations have been dramatic. This includes Highland Park, one of the city’s most sought-after neighborhoods.

Built in 1920, the three-story, frame-and-shingle home for sale at 5627 Jackson Street has such a story. It’s in a section of Highland Park where many homes, including this one, were turned into multi-unit rentals in the late 1970s and ’80s due to their large size. Some fell into various states of disrepair. 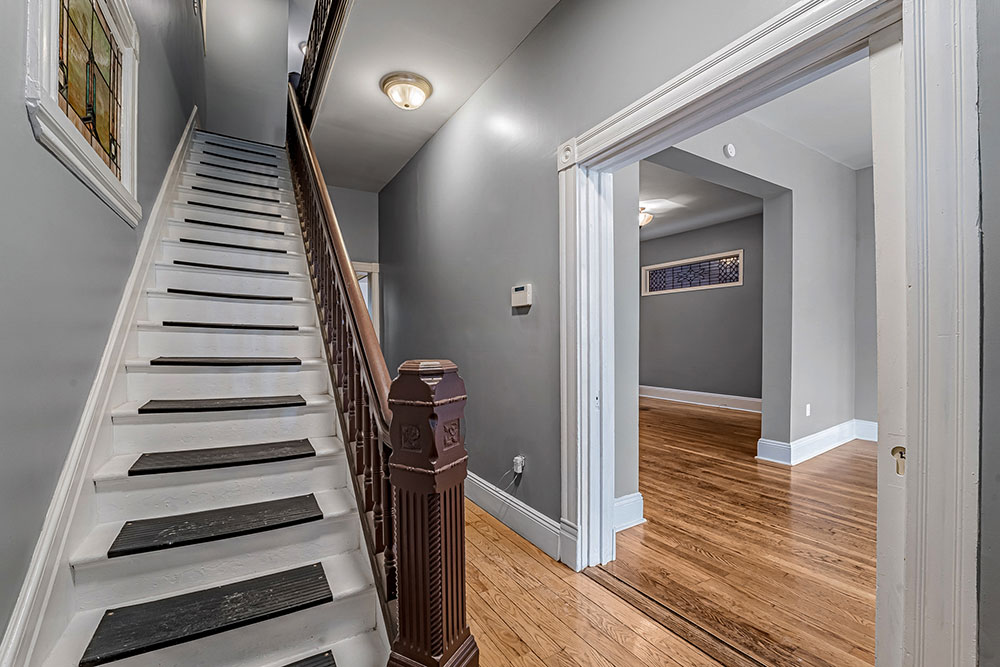 Its rooms are painted gray with white trim, typical for new homes and rentals. But before it was neutralized in anticipation for a sale, the home’s walls boasted bold Victorian-era colors, dramatic modern artwork and period-appropriate accents. 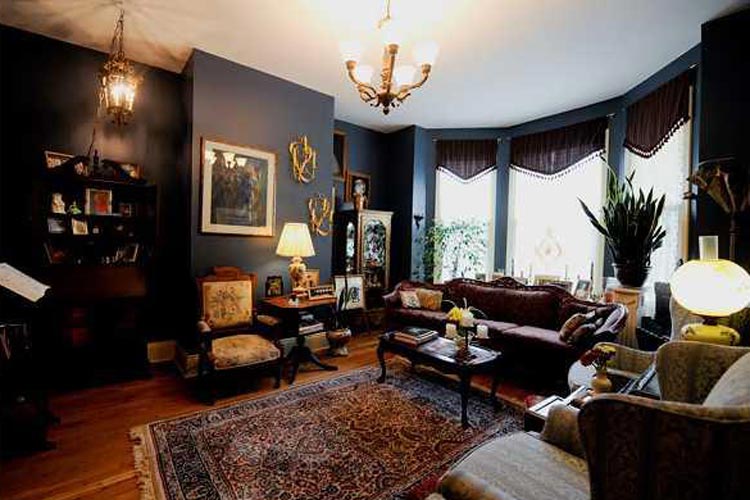 THE HOME AFTER BEING RESTORED BY THE CHANDLERS

Curt and Stacie Chandler, who bought the house more than a decade ago, were responsible for that restoration. In 2013, they sold it to investors, who made their own changes, then rented it out as a single-family home.

Prior to the Chandlers buying it, the home had been separated into rental units, with bathrooms and kitchens on each floor. The walls were covered with paneling and the original floors were carpeted over, Stacie says.

The couple, who had already restored a home in nearby Friendship, changed all that, gutting the home to the studs in many places.

“I had a vision for the home. It was my baby,” Stacie says. “I drew up the plans for the room and decided how it was going to once again be a family home.” 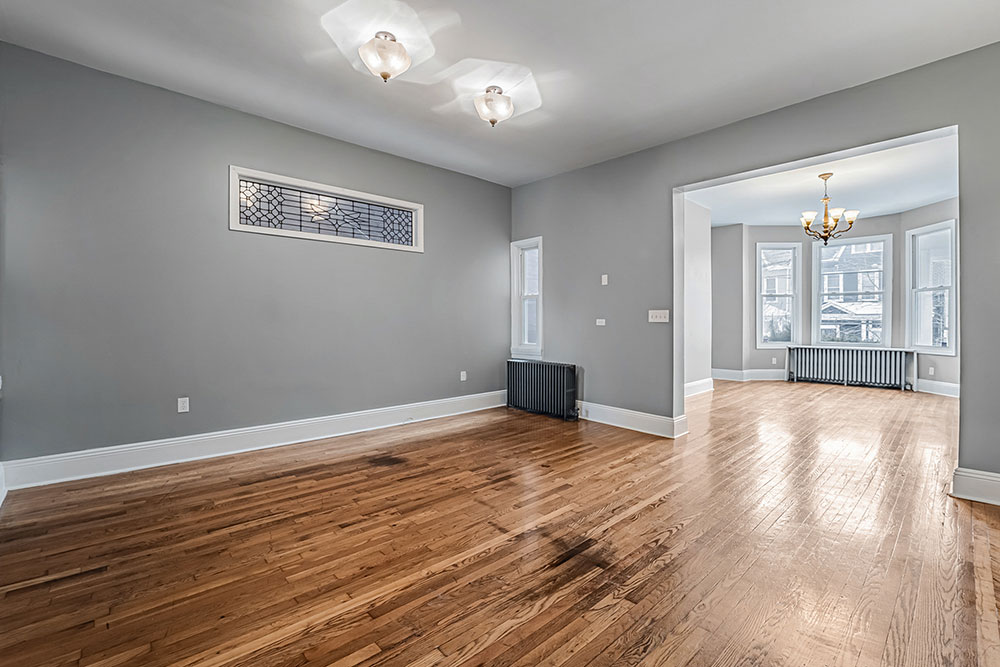 The couple also salvaged stained glass windows to replace originals that were stolen, brought in a structural engineer to make sure that an addition from a previous owner was reinforced and updated the electric and HVAC systems.

“Someone along the way thought it would be a good idea to make the home energy efficient, so they installed 2-by-4s in the ceiling and hung drop ceilings,” Stacie recalls. “They also cut all of the windows down to match that. It was terrible.” 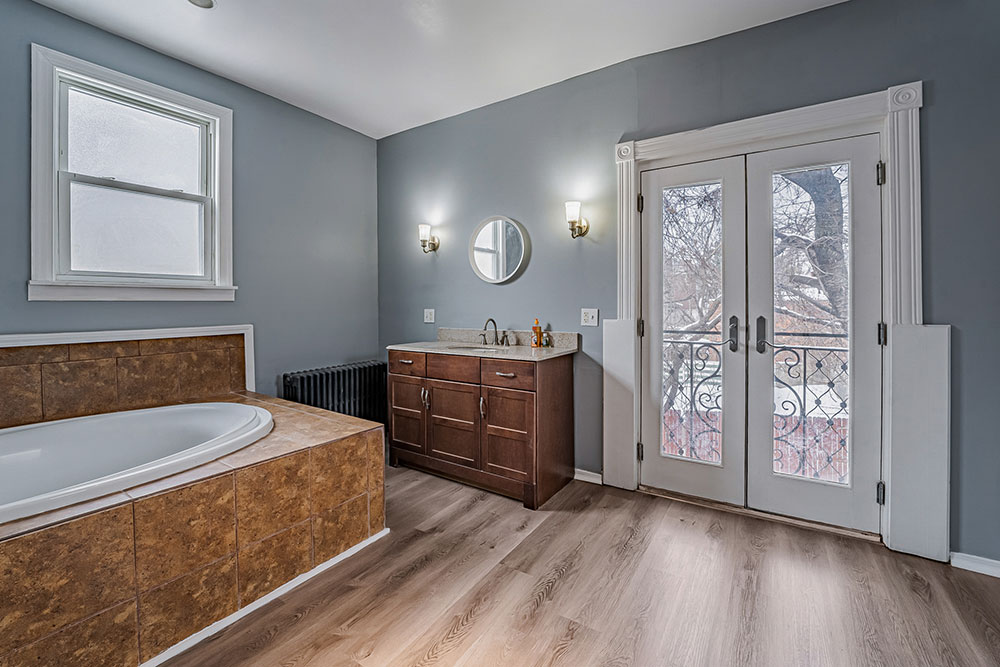 After undoing the previous work, the couple reinstalled the original-height windows and millwork, bringing the rooms back to their original glory. They also added a Juliet balcony with custom iron work from Iron Eden in Bloomfield.

These touches remain today, alongside a first floor featuring a living room, dining room, reworked kitchen, television room, mudroom and a powder room that is plumbed for a full bathroom. The third floor has two more bedrooms and a full bathroom.

Stacie also shared some interesting information she has gleaned about the property. 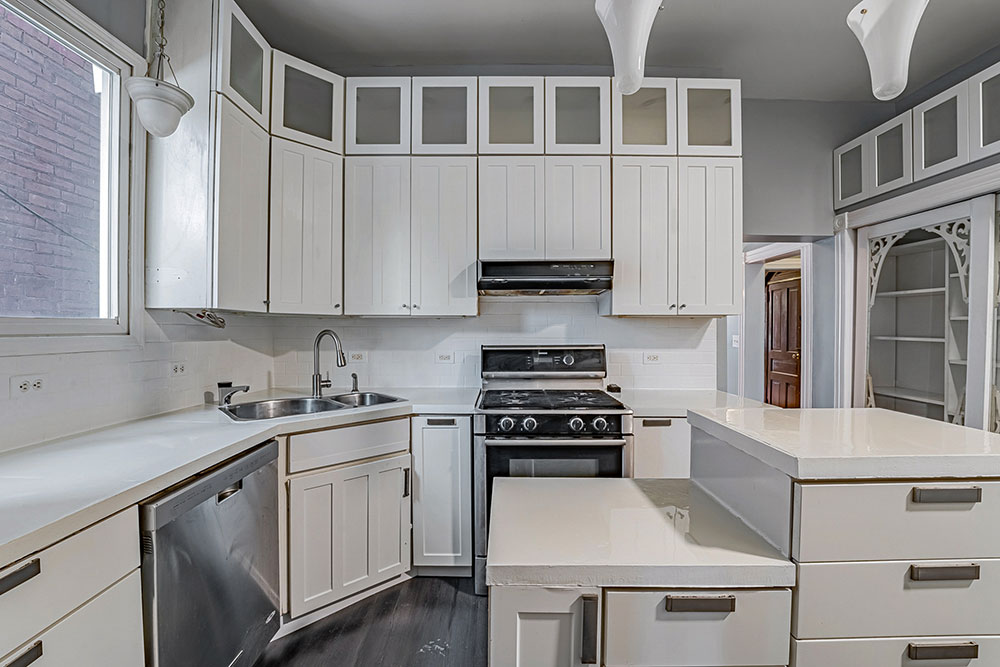 “The home has a twin two doors up that is a mirror image, but flipped,” she says. “They were the anchor homes to the original street that used to run between them. After the war, the GI Bill spawned a lot of housing builds, and the one next to ours was built.”

It effectively closed off the original street, although you can still see its cobblestones through the doors of the Juliet balcony.

Now at its 100th birthday, the home is primed for its next owners, who will have the opportunity to modernize it more — or maybe take it back in time, like the Chandlers did.

One thing is for sure, the home will likely stand the test of time for another century.

“We were planning on staying there forever, so I rebuilt it for the long haul,” Stacie says.

Hot Property, an inside look into unique and historic homes on the market. Each week, Hot Property goes behind the For Sale sign to share the story of a special Pittsburgh-area home. And four times a year, Hot Property gives an in-depth look at the region’s real estate market in Pittsburgh Magazine HOME, tracking housing prices and sales and detailing where the hot properties can be found. Rosa Colucci can be reached at onecordovaroad@gmail.com.

Schools: City of Pittsburgh, including Pittsburgh Obama 6-12, an international studies program just around the corner at Highland Avenue and East Liberty Boulevard. (pghschools.org)

Neighborhood: A Pittsburgh neighborhood, Highland Park is home to the expansive CitiPark of the same name. Its roots trace back to Alexander Negley in 1778, but the neighborhood was actually developed as a suburb to East Liberty, where residents worked, shopped and commuted to other parts of Pittsburgh. Highland Park is filled with tree-lined, walkable streets, has several historic churches and homes and is the location of the Pittsburgh Zoo & PPG Aquarium.