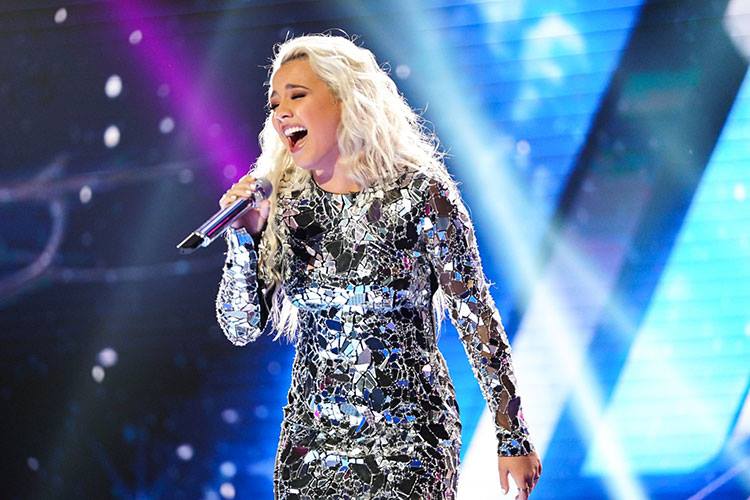 Gabby Barrett may not be the winner of American Idol, but Pittsburgh isn’t going to stop believin’ in her.

Barrett dedicated her last competitive performance, a cover of Journey’s “Don’t Stop Believin’” to her hometown of Pittsburgh during Sunday night’s episode, part one of the finale. Unfortunately for Barrett, she was edged out of the final two last night, leaving her fellow singers Maddie Poppe and Caleb Lee Hutchinson to vy for the top spot. Poppe, a 20-year-old from Clarksville, Iowa, won the title. She walks away with a $250,000 cash prize and a recording contract.

Barrett seemed a good sport about the results, as she congratulated Poppe on Twitter soon after the finale concluded.

Congratulations to Maddie!!!! Girl you deserve it!!!! What an amazing ride. Sign up for the second season of American Idol. You will absolutely have fun!!! Much Love!!! ❤️❤️❤️ https://t.co/GNyE3jbIV6

Before the finale episode aired, Barrett posted to Instagram thanking everyone who has voted for and supported her throughout the season.

What an amazing season it’s been. Regardless of what happens tonight, I wanted to give a HUMUNGOUS THANK YOU to everyone that has shown love, support & voted. I can never thank y’all enough for putting me where I am today. I’m am forever grateful to be apart of this journey & for the path the Lord has chosen for me. Can’t wait to meet y’all on tour. ❤️ @americanidol #TeamGabby #AmericanIdol

Since the beginning, Barrett has often said she couldn’t have made it this far in her singing career without her father. She told the Pittsburgh Post-Gazette that there were some occasions when Barrett’s father, Blase Barrett, “could not afford to pay the bills in the house, but he would still find a way to drive me to my gigs.”

“I really, really, really want to pay my dad back for everything he’s done for me,” Barrett told the Post-Gazette earlier in the season.

Barrett, along with the rest of this season’s top seven, will go on the 40+ city American Idol: Live! Tour beginning in July. The tour makes a stop at the Carnegie Music Hall of Homestead on September 13.

While we wish Poppe all the best in her career, we’ll still be #TeamGabby.