The Lawrenceville hotspot doesn’t need a trivia night — but for the love of their customers, they throw a killer competition anyway. 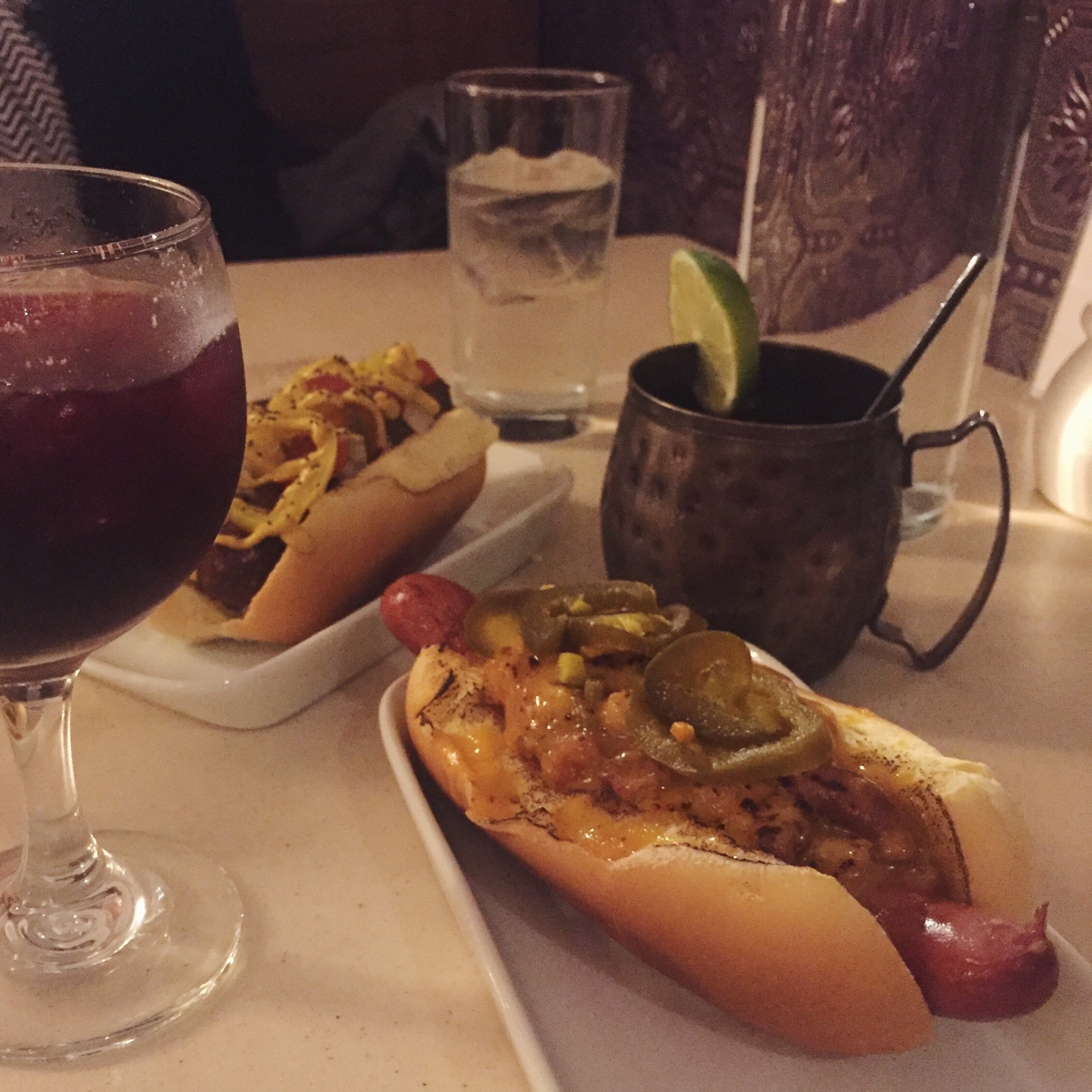 I feel the need to preface this article by saying the following: I am not a trivia person. I thoroughly enjoy having the answers to almost any question I can imagine at my fingertips via a smartphone. So despite having to rely on “just my smarts” — the analog kind — I was pleasantly surprised to find Franktuary's trivia night both enjoyable and refreshing. (To be fair, the delicious Larryville Mule I tossed back before entering the game made the event less unnerving.)

While there are exceptions, most pub trivia nights are designed to pull customers into a bar on a slow night. So why does a regularly-packed business like Franktuary feel the need to host trivia? From where I sat, the answer was simple. Franktuary is an establishment that not only takes pride in its distinctive (and delicious) menu items, but also in its community. The trivia nights create a platform where the staff can engage with their customers in an organic and authentic way — and it provides restaurant-goers with a sense of community.

Before the game, the atmosphere was bubbling with excitement. Our trivia host, clad in neighborhood-appropriate hipster gear, was friendly and encouraging. I obliged to his call asking participants to step forward; as I approached, I was shocked by the amount of people following my lead. Franktuary draws a good number of eager competitors, it seems.

After I devoured a hot dog — the Chicago Imposter — and the host turned down the booming music (think old-school pop and R&B tracks), the first category was announced: the TV show “Gilmore Girls.” The topic received an unabashed moan from most of the crowd and cheers from one group; the host explained that each week’s fourth-place finisher gets to select a category for the following week.

The first question rang out, and the room roared as teams discussed what answer to put down on their tiny slips of paper. I looked around, helpless, praying that I might develop the ability to read minds before another question was asked. Two minutes later, the host presented his second query; in lieu of reading minds, I ordered a second drink (the Church Wine Punch).

Maybe the questions got easier from there (or perhaps the tasty punch was sprinkled with just enough cloves to kick my brain into gear). Each category contains 5 to 10 questions which vary in difficulty. To a newcomer, the point system was a little difficult to follow. But no matter: Music thundered, drinks flowed and laughter reverberated around the room. This neighborhood hangout draws in an intelligent but easygoing crowd. Even if you aren’t a trivia regular, it’s not difficult to fit right into the competitiveness of the game.

By the tenth question, it hit me: Contrary to my previous-held beliefs, it is possible that I actually like trivia. My newfound appreciation might stem from Franktuary’s immaculate mixture of excellent food, good drinks and convivial atmosphere (and impeccable service).

Whether you are a trivia fiend or just enjoy a good pile of poutine, I don’t think you can go wrong with a Tuesday night visit to Franktuary. Even though I didn’t place when the points were tallied, you’ll know where to find me next Tuesday.

This article appears in the February 2016 issue of After Dark.
Categories: After Dark